Portuguese architect Nuno Capa has designed the Urbo Business Center in Senhora da Hora, a town in the province of Matosinhos in the metropolitan area of Porto. 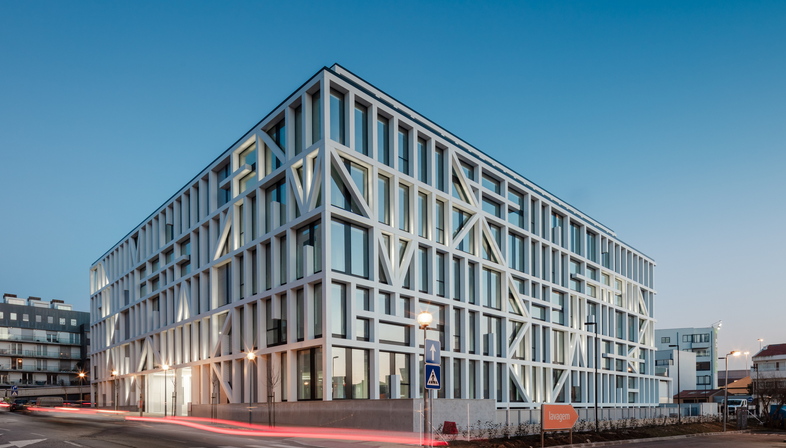 Portuguese architect Nuno Capa has designed the Urbo Business Center in Senhora da Hora, a town in the province of Matosinhos in the metropolitan area of Porto. An intervention that leverages the urban context with an iconic facade that has turned into a real landmark.


It’s not exactly easy designing in the metropolitan area of Porto, the second largest city in Portugal and home to first-class Portuguese architecture designed by greats like Alvaro Siza or Eduardo Sotto de Moura. And it’s an even tougher task when the intervention in question is commercial, like in the case of the Urbo Business Centre in Matosinhos, part of a broader urban development project.
Specifically, in the last few years, the city of Matosinhos - whose population of over 170,000 makes it only slightly smaller than Porto - has been making an effort to create a broader economic, labour and cultural offer and to upgrade the waterfront. This plan also includes incentives to construct offices that are attractive enough for companies to establish their businesses here and therefore conducive to generating new jobs.
The project by Nuno Capa for the developer DST located near Norte Shopping, in Senhora da Hora is a large, box-shaped building that stands on a standard lot of about 6000 square metres. Capa designed an eight-storey building - six above ground for offices and two basement floors where 200 vehicles can be parked - with a total useable area of 25600 square metres. This is a large building with two entrances - one on the north side and the other on the south side, surrounded by a wide footpath.
These two entrances are connected by the internal circulation and meet in the centre of the building: a fewer with a ceiling height of 24 metres, lit by a large skylight. This large empty space is a vital part of the building’s spatial and functional layout, with two vertical access points where staircases and banks of lifts take you up to the upper floors of the offices or down to the parking areas. The size and transparency of the foyer produce visual connections between the various floors, workspaces and foot-flow areas, reinforcing the concept of vicinity and collaboration between the users and the occupants of the different areas, as we can clearly see in the images taken by the photographer, João Morgado.
Of course, the design options also include solutions intended to improve the environmental performance of the Urbo Business Centre in Matosinhos. Nuno Capa has included integrated management systems to optimise and reduce consumption in the building, for example adding a LED lighting system with luminescence control and motion sensors.
The key to the architectural intervention by Nuno Capa is the facade, which features a succession of alternating glass and aluminium surfaces to give the building a melodious and eye-catching rhythmic pattern. This choice is reflected throughout the building seen from the exterior and looking from the inside outwards. An option that fosters engagement between interiors and exteriors. Not only that but when the offices are still open after dark and the lights are switched on, it creates an attractive lantern effect. The visual impact also continues after the offices are closed due to the night lighting of some of the aluminium sections, making the Urbo Business Centre a virtuous example of commercial architecture and a real landmark for this part of the city. 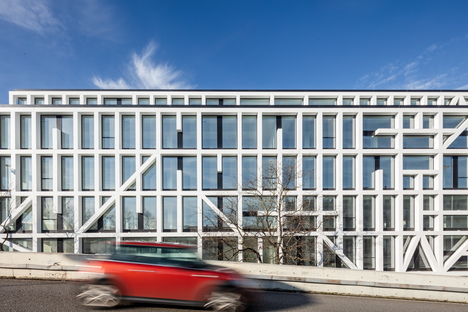 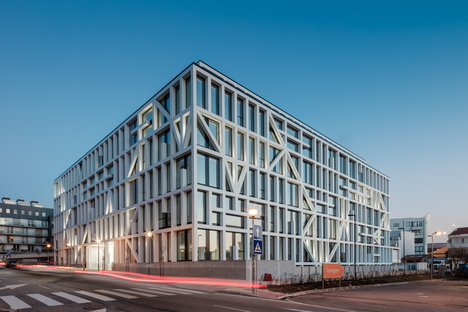 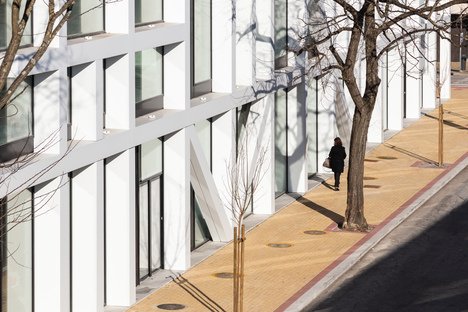 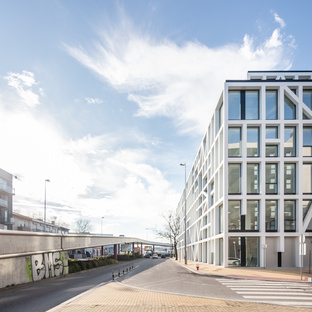 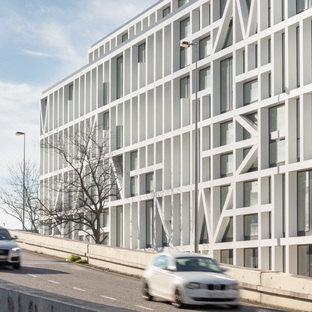 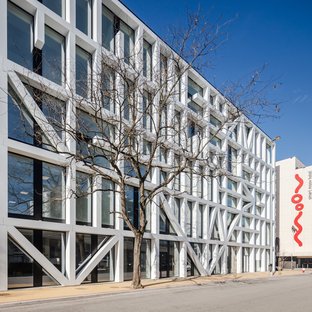 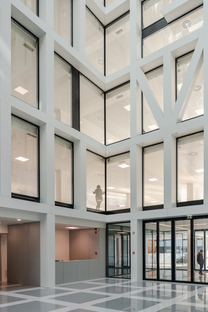 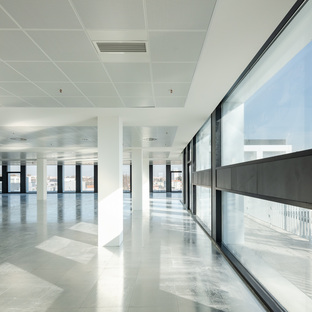 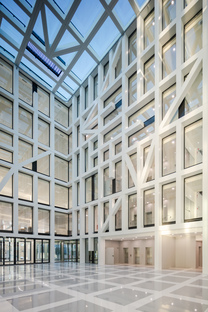 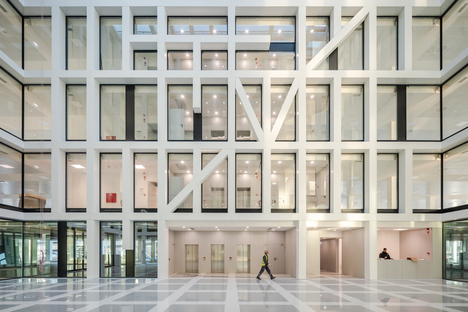 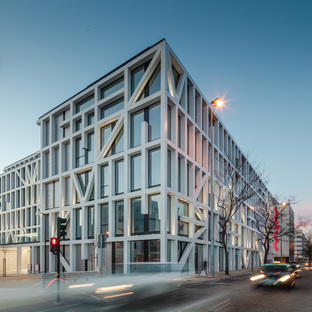 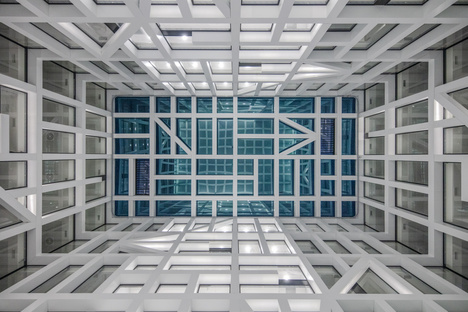