Effective intervention in a challenging neighbourhood to create both a sports facility and a landscaped green area that can engage the local community and improve the urban environment. This is the programme for the Centro Sportivo a Turó de la Peira, Barcelona by Arquitectura Anna Noguera. 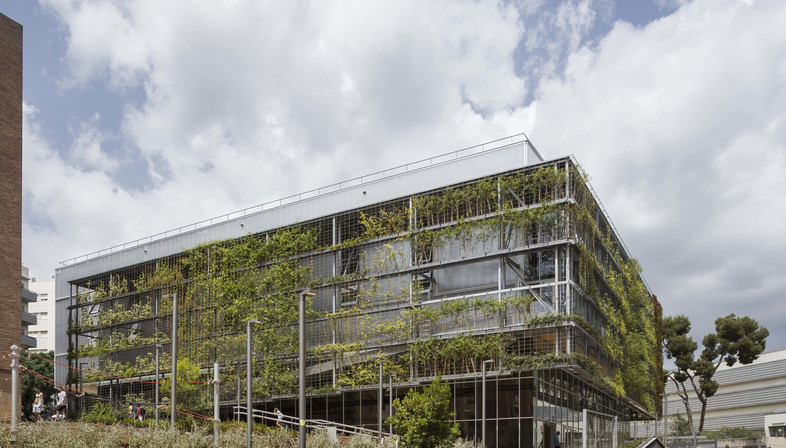 Enlightened local governments are aware of the importance of good architecture for cities and how certain projects can beautify a neighbourhood and also act as the starting point for social change. So the City of Barcelona launched an architecture competition for the neighbourhood of Turó de la Peira in Barcelona. This densely populated district is characterised by low-cost social housing from the '60s, exacerbated further by the lack of parks and gardens and the shortage of public facilities. The object of the competition was to design the landscaping for an urban block and sports facility comprising an indoor, heated pool and a sports hardcourt on a site hidden between two buildings, in a grey, desolate urban backdrop.
The winning proposal by Arquitectura Anna Noguera proposes urban regeneration with a green infrastructure. In their project, Arquitectura Anna Noguera brought together the facilities into one building: the heated swimming pool on the ground floor and a sports centre on the upper floor. By uniting the two uses under a single roof, the architect freed up space to use as a new garden for the district. A smart solution with permeable surfaces so rainwater flows down into the water table, a place for social engagement and a garden that adds quality of life and also supports the local biodiversity.
The 100% prefabricated laminated wood structure went up in only 8 weeks and the building’s footprint adapts to the lie of the land. The facade overlooking Sant Isle has an urban character, with a corner portico extending out onto the footpath and encouraging people to enter. The building’s green facade is basically a plant gallery surrounding part of the architecture, protecting it from the sun and creating a bioclimatic space that opens onto the garden side. The architects from Anna Noguera opted for hydroponic plants, selected because the system is light, the substrate is long-lasting, retains water and is easy to install. The water needed is harvested from the roof and collected in a large tank located in the basement. Other sustainable design solutions include the air-conditioning and ventilation where only natural systems are used. Sensors monitor the 24 operable skylights and side windows to assure proper cross-ventilation and lighting. The compact volume partly embedded in the ground reduces the facade surface area to a minimum, avoiding thermal loss.
As the plants flower at different times during the year, they brighten up the whole structure for the people inside and from the outside too, where the new building is like an addition to the garden, setting up a two-way engagement rather than being camouflaged.
While the outside of the new Turó de la Peira sports facility by Anna Noguera grabs you with all the green, the interiors are just as spectacular. Here, the natural light, plants and wood give it a warm atmosphere, light years away from the materials and forms used in so many other structures of this kind. Much more than just a sports facility, this work is the new hub of life in the neighbourhood, which now has a new urban element that is a clear boost not only for sports buffs but for everyone in the community who have gained a green area for their use and enjoyment. 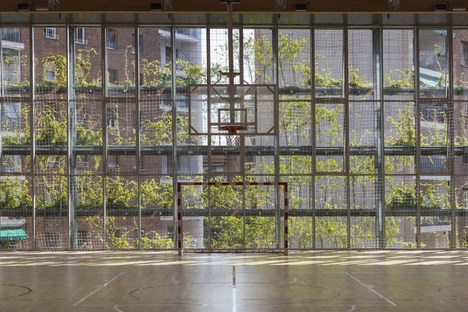 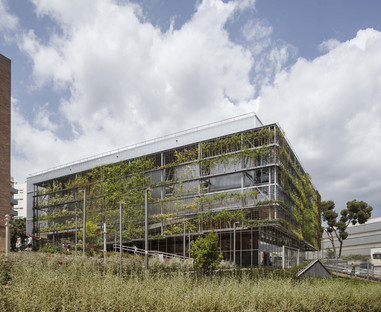 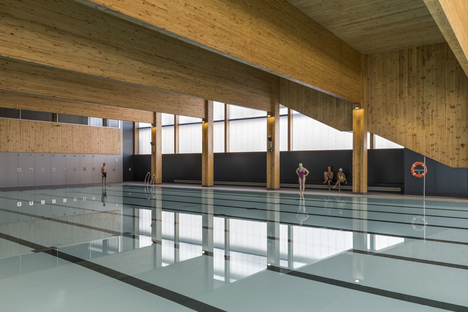 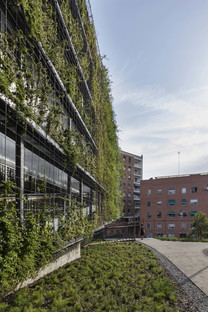 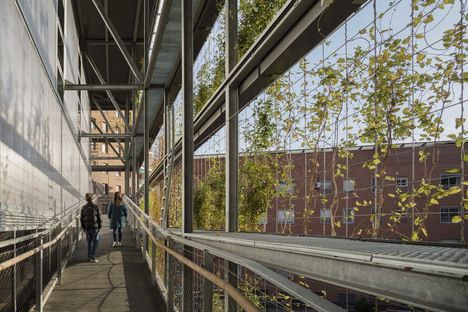 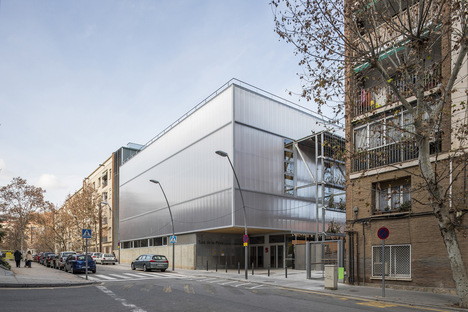 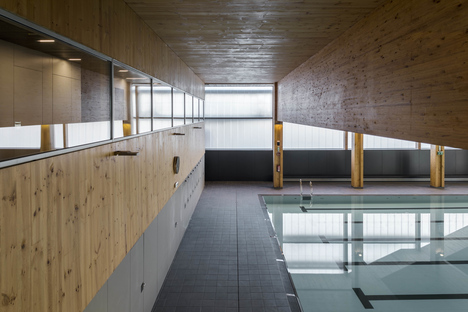 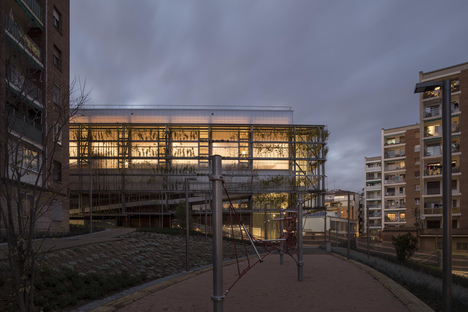 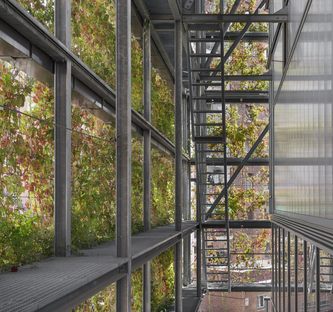 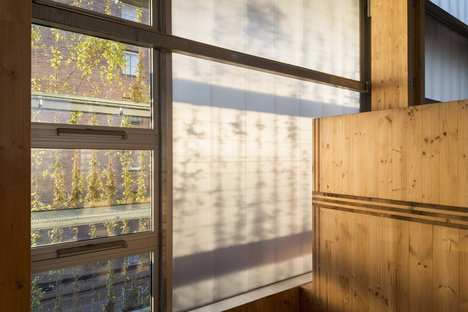 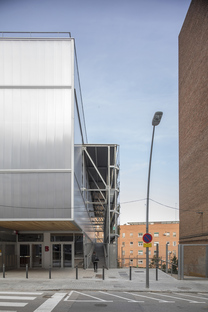 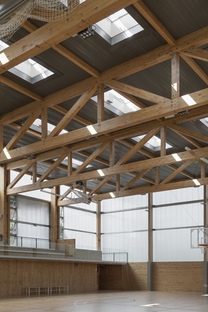 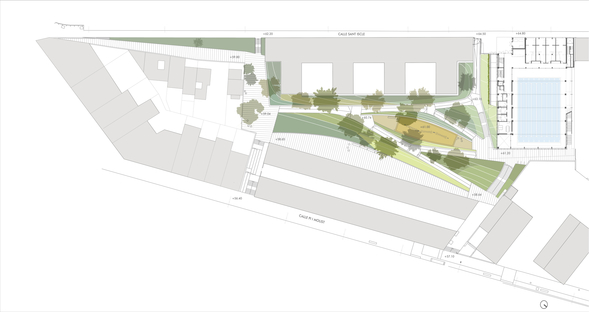