Street Art to make the most of vacant shops. The creative void.

Everywhere we turn, we find more and more empty shops in our cities: and it's not a pretty sight. Artist Martin Heuwold (a.k.a. Megx), together with designer Kolja Kunstreich came up with a project to make the most of these bleak, unused spaces. 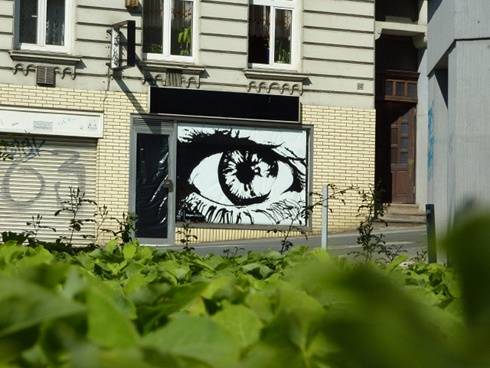 The local council of Wuppertal, Germany and Zwischennutzungsagentur, a temporary association set up to act as an agency for the temporary use of vacant shops, are counteracting the negative changes in the urban fabric with creativity. In 2010, the agency appointed artist Martin Heuwold a.k.a. Megx, well-known for the “LEGO bridge” also in Wuppertal (http://www.floornature.com/blog/street-art-for-urban-redevelopment-by-megxde-8035/) along with designer Kolja Kunstreich, to tackle the “Gegen-Sätze” (contrasts) project. 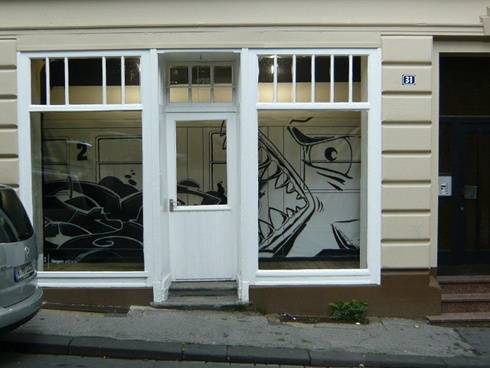 This project deals with the problems of vacant shops and of how they influence their surroundings. The project set out to demonstrate the difference between having empty shops in the neighbourhood and places that are alive and kicking.

The two artists engaged with a wide spectrum of community realities, responding with black and white drawings partly reflecting the former shop business or they attempt to use images to attract the attention of passersby. Because when a place is perceived as an actual location and not just an abandoned space, the former shops - even if they are now abandoned - regain their dignity to the advantage of their surroundings.

Another example of the growing importance of Street Art for the renewal of our cities. 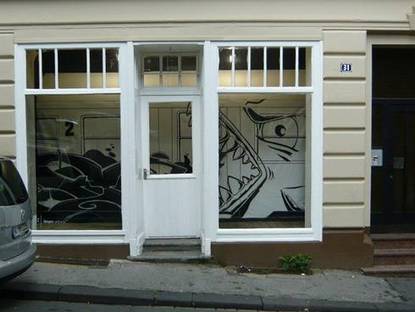