Stodistante, public space for conscious use by Caret Studio

We’ve moved from the coronavirus lockdown to phase 2 of the pandemic, and we need to learn how to repopulate public places in cities while remaining physically distant. The Italian architects from Caret Studio have addressed this issue head-on with their proposal in Vicchio, Tuscany. 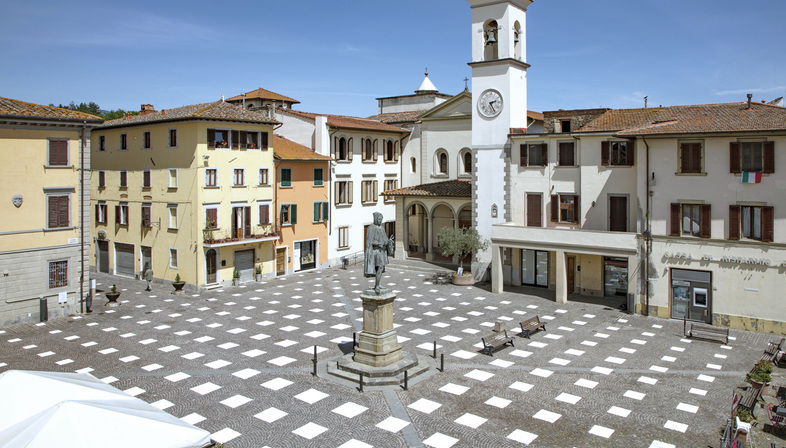 Looking at the photos taken from above the piazza of Vicchio, a town in the Mugello valley in Tuscany, and the place of birth of two great names in Italian painting - Giotto and Beato Angelico - we can see a white grid-like pattern on the pavement. It almost looks like an urban installation inspired by op art in the piazza dedicated to the great Giotto.
Instead, it’s a substantive response to the question on everyone’s lips in these difficult times:
how to make the social distancing forced on us in the times of coronavirus visible and “liveable”? Knowing full well that these measures will continue to be in place for quite some time, how can we apply them without visually disturbing the urban context with a multitude of signals, signs, directions, and barriers that also create a strong sense of unease in users, namely citizens?
The young architects from Caret Studio, who came up with the idea, explain, “During these weeks of quarantine, our perception of public space has changed, and this is the first time our generation has found itself in the position of being “afraid of the community. This sense of insecurity, together with the continued presence in our spaces made us rethink how to reclaim the public space without being afraid. Stodistante is an application of the community’s desire to live their space again.”
The region of Tuscany established 1.8m as the minimum safe distance to be maintained between people to limit the spread of the virus, so the three architects, Matteo Chelazzi, Federico Cheloni and Giulio Margheri came up with a non-invasive solution, smart and at the same time a bit of fun to help encourage social distancing for people returning to public spaces post-quarantine.
Based on this regulation, they drew a regular grid pattern, “identified as an element to generate and control safe distancing”. The designers wanted to adapt this concept without impacting the overall beauty of the town’s central square, so they painted a series of squares that grow in size as they get to the centre, creating new perspectives and engaging with the existing context.
Rather than just drawing boxes on the ground, which would not only resemble car parks but could also generate a sense of isolation, they used removable paint to dot the piazza with white squares, giving it a new spatial dimension.
For now, the installation is only in the plaza but, as the Caret Studio designers say, it could easily be extended to other public areas of the city, creating a temporary infrastructure for a new kind of socialising, allowing people to reflect on the use of the square and driving debate on the use of public spaces.
The installation in Piazza Giotto, in Vicchio is also very much a reflection of the name of the architecture firm - Caret Studio, established in 2014. The caret is a typographical symbol, a proofreading mark to indicate where a punctuation mark, word, or phrase should be inserted into a document. The term comes from the Latin caret, “it lacks”, from carēre, “to lack; to be separated from; to be free from”. So Caret Studio comes into the fore when something is lacking, they mark that absence and highlight the need to fill it, precisely what the three architects in Vicchio have done. Stodistante encourages people to come back and fill the public spaces that have been off-limits for so long; at the same time, it makes it easy to respect the distance of the individual and the community, all with a dash of creativity and style! 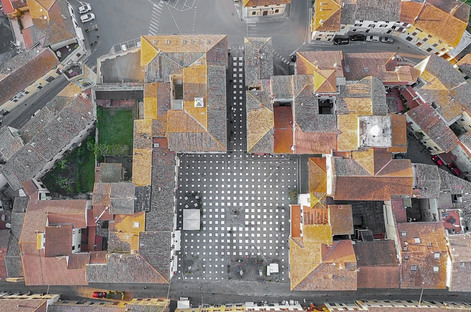 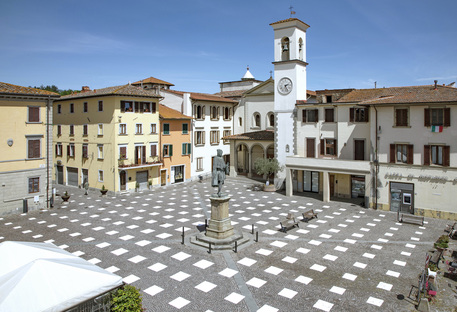 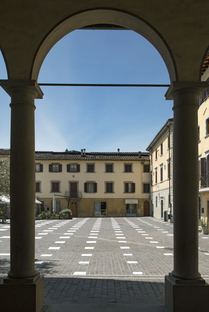 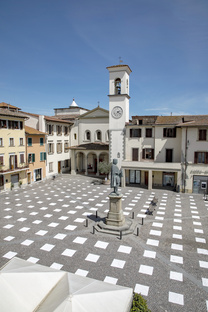 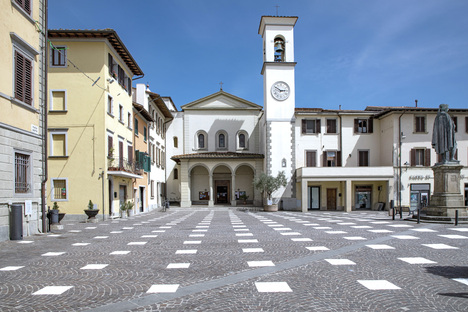 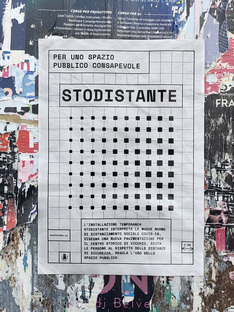 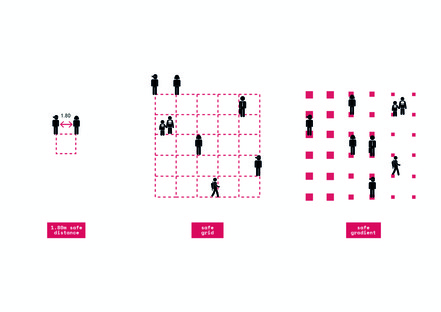 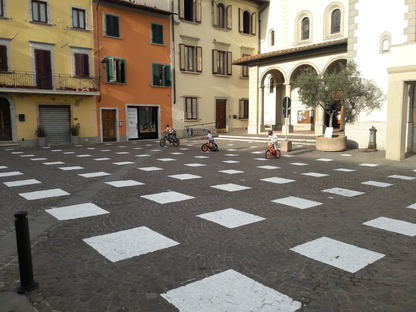