Spaces in Between, Saudi Arabia at the 2018 Biennale for the first time

The Saudi pavilion responds to the FREESPACE theme of the 16th International Architecture Exhibition – La Biennale di Venezia with Spaces in Between. 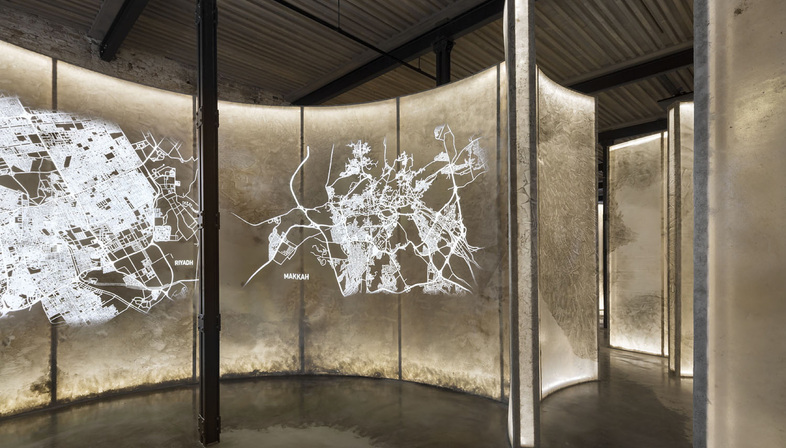 The Saudi pavilion responds to the FREESPACE theme of the 16th International Architecture Exhibition – La Biennale di Venezia with Spaces in Between. In its first participation, Saudi Arabia explores the country's rapid urbanisation over the past five decades and investigates the new era of change.


The Saudi pavilion, commissioned by the Misk Art Institute makes its debut as one of the 65 national pavilions of the 2018 Architecture Biennale in the Sale d'Armi spaces of the Arsenale, with a scene-stealing installation created by architects Abdulrahman Gazzaz and Turki Gazzaz from the Bricklab architecture studio in Jeddah. They have crafted curved elements made from a translucent material, resin - a by-product of the petrochemical industry - mixed with desert sand, which channels the country's future beyond oil, marking the various sections of the exhibition and accompanying visitors.
Spaces in Between, curated by the female curators Jawaher Al-Sudairy, directors of the Nahda Center for Research and senior program manager at the Harvard Kennedy School, and Dr. Sumayah Al-Solaiman, dean of the College of Design at Imam Abdulrahman bin Faisal University describes the current evolution of the country that is entering a new era of change, powered by Prince Mohammed bin Salman's Vision 2030 project.
A research based on an analysis of the territory throughout the whole Kingdom, where rapid urbanisation has resulted in settlement-driven growth, skipping over spaces in Saudi cities so that more than 40 per cent urban land is unused. This makes for dispersed communities and a sense of fragmentation between neighbourhoods that are connected only by cars because the climate makes walking or cycling impossible. Everything is narrated through digital maps of the major Saudi cities, beginning from aerial perspectives that convey their fragmentary growth, then moving down to street-level snapshots of everyday life in the city.
Because these images were obtained from social media, mainly Snapchat and most of them were taken from cars, where people - particularly young people - spend much of their free time, also due to the lack of places that can meet their needs. Showcased below these are fragmented electronics in a glass panel to "create a conversation about consumer culture" and comment on the "virtual public space" that people increasingly meet up in, at the expense of real public places.
However, the pavilion was also used to recreate a place where social life and local family life are shared by definition. It is a space confined to the home, a large room typical of Saudi houses where you can sit in a circle, talk, and share your opinions. You leave there and enter the forum, a series of modular chairs to watch videos on the Spaces in Between theme.
The surprising thing about Spaces in Between is that you get the clear feeling that Saudi Arabia is really opening up to a new approach to the current problems that afflict not only the kingdom but our world in general, where attitudes are increasingly conducive to design-driven solutions. Not coincidentally, the two curators point out: “We're more similar with other nations than we are different... and this is a great way to have a conversation that is not necessarily bound by national boundaries.”
We found the desire to engage in dialogue at the urban and architectural level where the awareness of the Spaces in Between becomes for the Saudi Kingdom the first step of an attitude that recalls the importance and intelligent management of the territory in its original importance as land to live in and not only as wealth to be exploited. 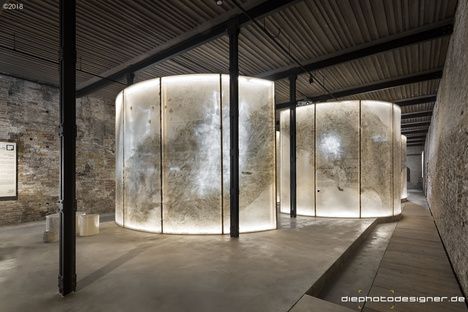 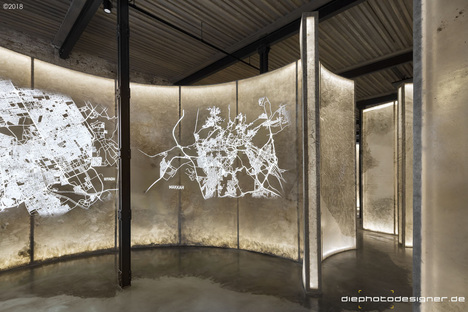 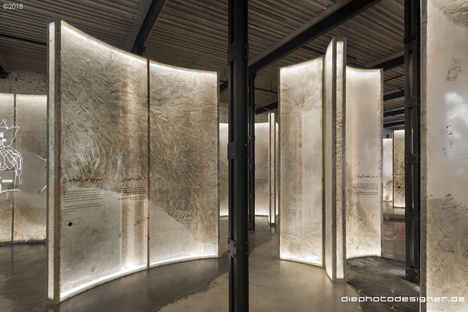 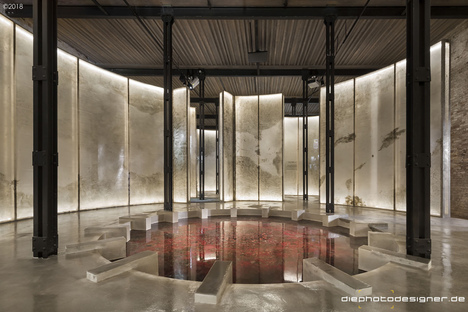 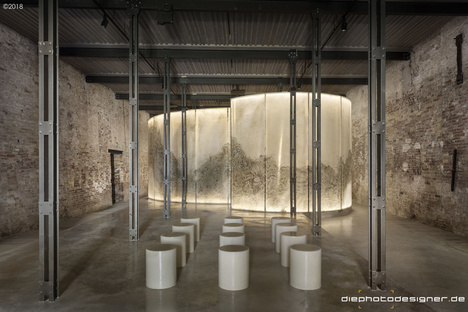 Fogon, a restaurant in Riyadh by Hitzig Militello Arquitectos