The international, multidisciplinary studio Crossboundaries has designed a vibrant open-air community park in Songzhuang. It all stems from the idea of a community of artists acting as an engine for change and progress, translated by the architects into an inclusive park. 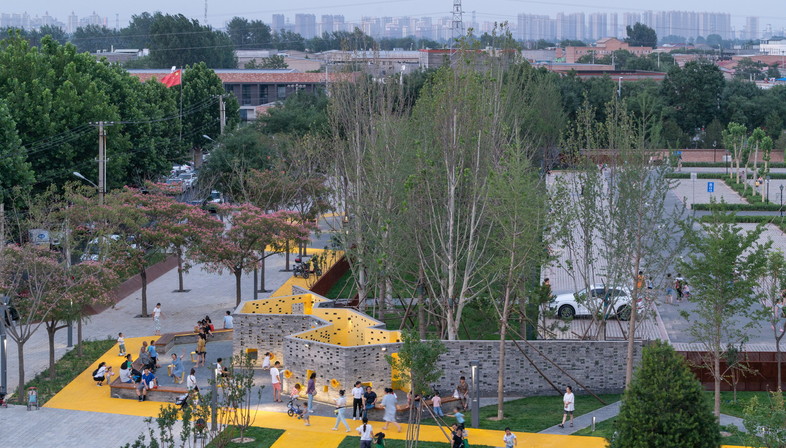 We often talk about the importance of art for the progress of society, and how artistic impulses can generate social change. This is demonstrated by the many urban art, land art and installation projects that involve citizens in exploring their habitat, which is all too often unattractive or, more simply, neglected due to a lack of time.
The Songzhuang Micro Community Park by the multidisciplinary studio Crossboundaries, founded in 2005 in Beijing by Binke Lenhardt and DONG Hao, fits into this line of action. When an internationally attended masterplan competition was organised in 2018 for Songzhuang, Tongzhou district, to reaffirm the importance of the new model of "Art City”, Crossboundaries took part. The opportunity to revive an idea that has its origins over a century earlier in a contemporary way, when artists from all over China came to the grounds of the Ancient Summer Palace in northeast Beijing in Yuanmingyuan, was very exciting. A creative community emerged, and a period of intense artistic exploration followed. From the mid-1990s there was a kind of revival of this movement, and several collectives began to replicate this model of creative community in the peri-urban area. The results include Factory 798, Caochandi and the Songzhuang Art District.
. The latter is the most developed, with more than 5,000 artists living in its boundaries, and 35 large and medium-sized art galleries, making it one of the largest communities of contemporary artists in China, if not the world. We find here a combination of artists and enthusiasts, and an older population that has created an interesting dynamic, a real cross-pollination, with each group having particular needs in relation to public spaces. Therefore, there was a need to provide versatile and inclusive municipal facilities for all citizens, and Crossboundaries' proposal was chosen to transform a linear streetscape adjacent to a car park near the Xiaopu Cultural Plaza into a vibrant outdoor community park. As Dong Hao, co-founder of Crossboundaries, explains: ”The community park project has proven to be a great success in bringing the district government agenda and investment plans together, presenting a way of living that strengthens its own authentic heritage as a place for collective art and influence.
. Specifically, the main component of the proposed park is a wall of perforated grey brick with integrated seating in designated areas, alternating with a lower double layer of perforated Corten steel. Behind the wall is a green area planted with southern Chinese pines and low bushes, forming a natural buffer to the parking area, which can be accessed via various hidden paths. On the side of the road, long planters framed with Corten steel borders separate the park from the busier road. All of this is cleverly combined with the existing trees incorporated into the pavement.
The L-shaped plot presents a series of open-air 'rooms' that can be enjoyed in an unlimited way, encouraging a variety of activities along a circular route, which serves as a connecting element. The yellow route physically connects these “rooms” to each other, while also forming a visual link between the various public areas. The park created by Crossboundaries meets the needs of all users: the inclusive nature of the design, with its variety of inviting, bright and colourful spaces, was instantly welcomed by the local community as a true model of integration that encourages interaction for all age groups. And it certainly improves the environmental quality of the area and the resilience of the neighbourhood. 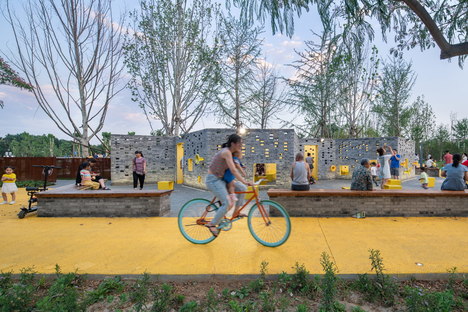 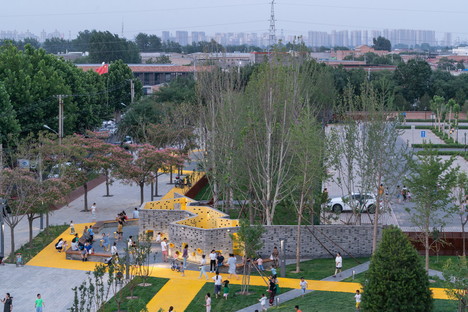 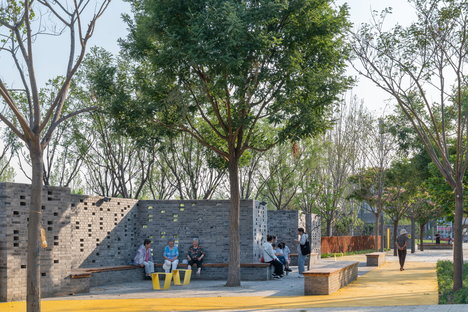 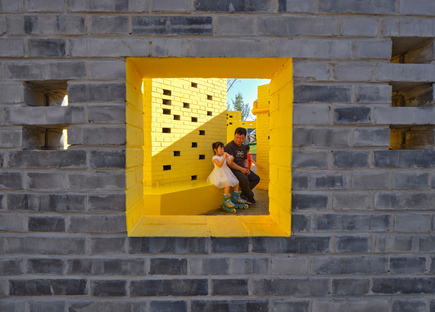 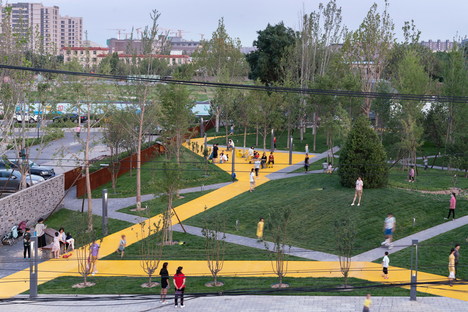 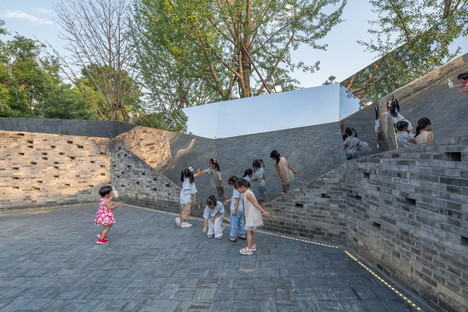 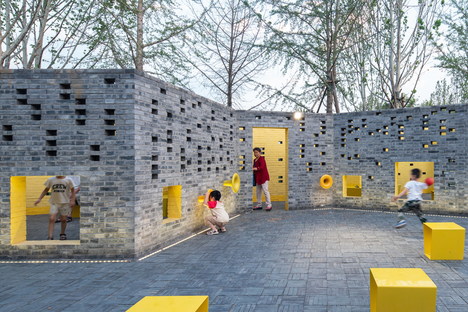 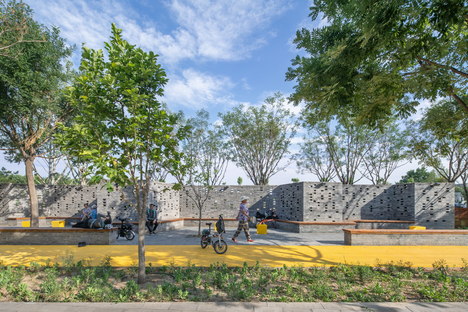 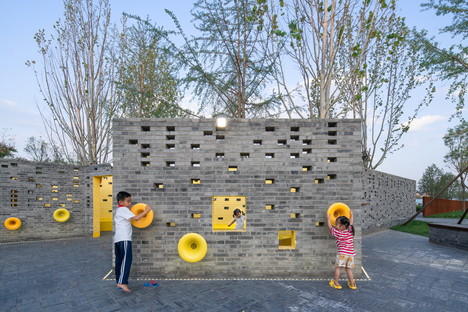 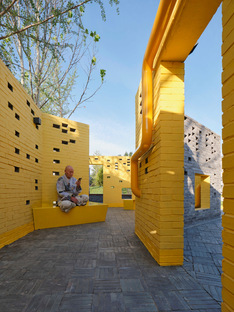 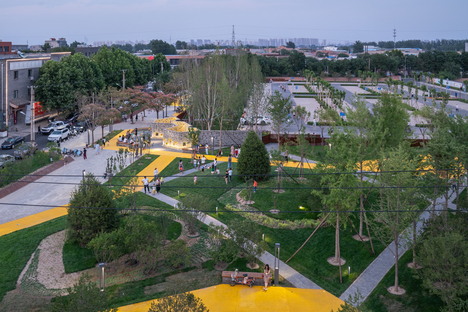