Beauty and sustainability for social housing are now a fact in Barcelona, thanks to the 26-unit building designed by Espinet / Ubach, alongside the emblematic old Can Batlló textile factory. 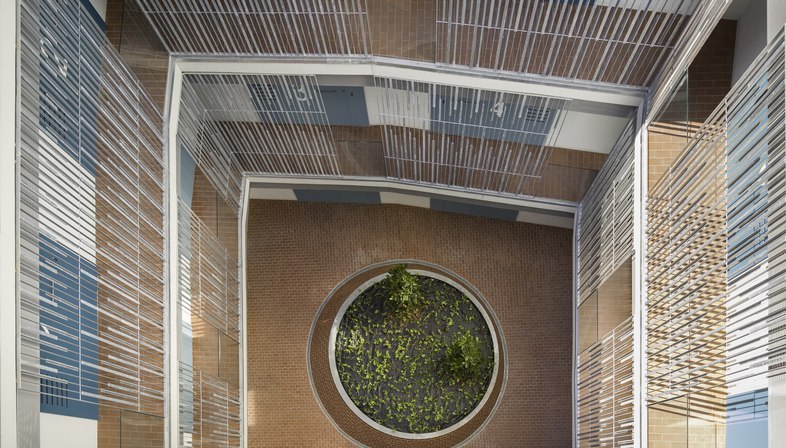 Beauty and sustainability for social housing are now a fact in Barcelona, thanks to the 26-unit building designed by Espinet / Ubach, alongside the emblematic old Can Batlló textile factory. The heart of the project is the central courtyard that regulates the temperature of the building and doubles as the epicentre of community life.


Building living units at affordable prices for disadvantaged communities is all too often associated with nondescript, commonplace housing that does not take into account the needs of its users. Still, we can feel a change in the air. Take, for example, the award-winning social housing projects by Nerma Linsberger in Vienna (link), or the attractive French architecture like the buildings by AAVP (link), just to mention a couple that make beauty a legacy for everyone.
In Barcelona, Spain we have discovered doubly virtuous example. Here, a block with 26 social housing apartments was completed a few weeks ago alongside the former textile factory of Can Batlló, a structure that was listed of public interest in the heart of the Sants district. The architects from Espinet / Ubach, which won a public competition called by the Municipal Patronat de l'Habitatge de Barcelona (PMHB) proposed a design option where the central courtyard played a pivotal role, both in the overall layout and in the block's bioclimatic aspects.
Rather than just being a passageway to the apartments, it has been turned into an eye-like opening towards the sky, attracting the light of night and day, winter and summer. This generates an air flow that turns the courtyard into a kind of natural flue fostering natural ventilation and light for the apartments. Not only that but the courtyard is also a place for social activities, pedestrian traffic, games and visual stimulation. Its enclosures are constructed with galvanized metal plates set perpendicular to the level of the hand railing on each floor). These act as light and sight filters to guarantee privacy and creating a pleasing curtain effect.
In addition, the presence of this central courtyard which provides the main access area to the apartments enabled Espinet / Ubach to build six units on each floor. Every room is exposed to natural light and to the exterior. The sole exception being the laundry, which has interior lighting and ventilation. The apartment layouts are practically the same, with two or three bedrooms and integrated kitchens. Three, two-family units have also been included; two of them are split level, made possible thanks to the different heights of the facades.
The building itself stands out in the urban context due to its contemporary look, emphasised by the dimension and shape of the windows, which help give the whole volume a light, almost floating look. All the perforations on the facade are vertical and are distributed in one, two, or three modules, depending on the interior space they serve. In all cases, a system of folding aluminium shutters shuts out light, a constructive solution that ensures simple actions and solid closing.  A porch shelters the entrance to the garage and expands pedestrian access to the Can Batlló park.
The team of architects from Espinet / Ubach have crafted a complex that stands out for its beauty and accessibility as well as for the quality of the communal courtyard area, which improves the climate of the structure and at the same time fosters interaction amongst the apartment dwellers. 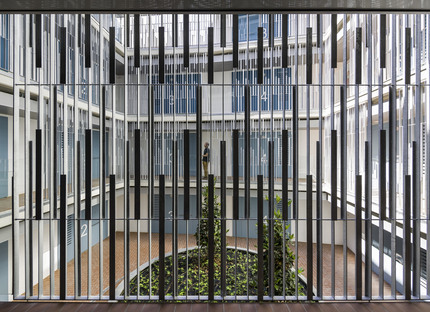 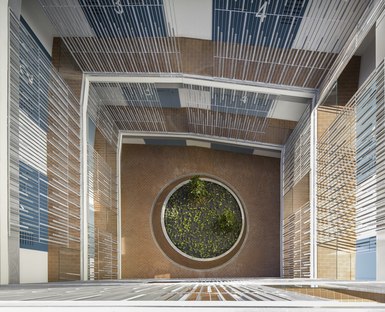 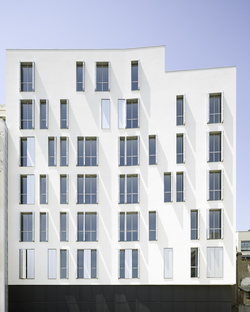 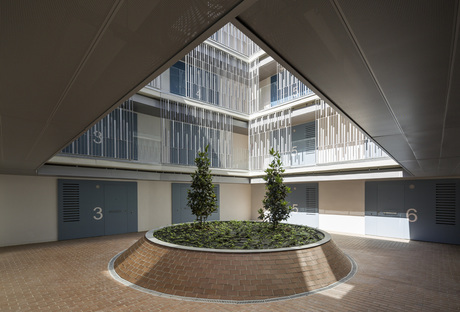 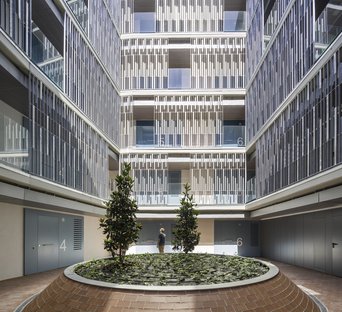 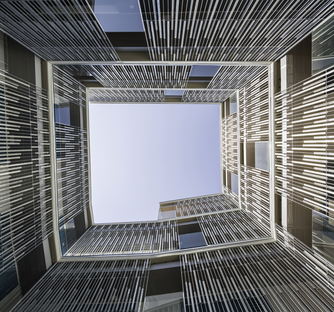 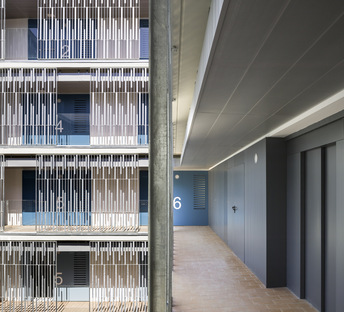 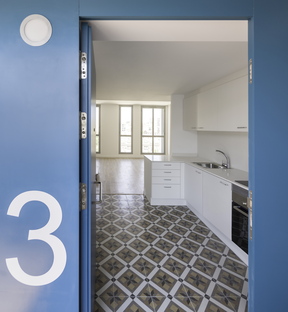 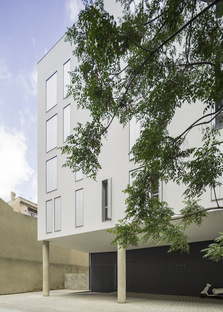 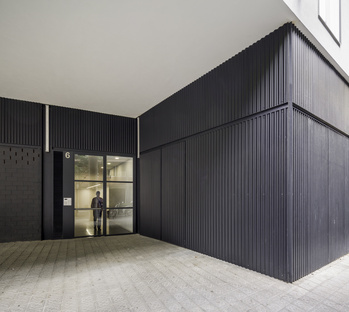 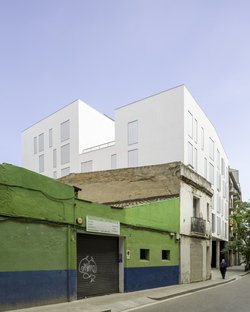 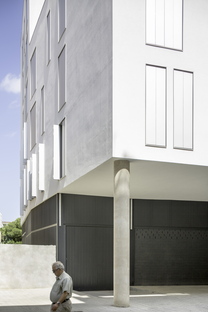 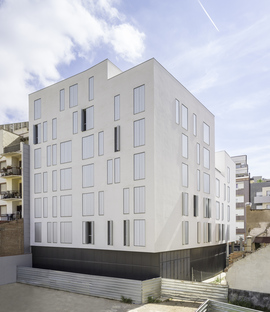 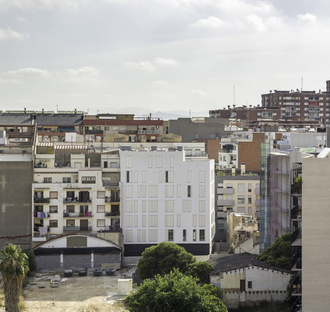 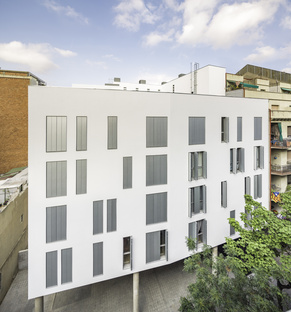 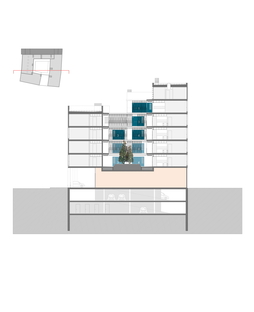 Matter and Light exhibition of Josep Ferrando at the Aedes Gallery, Berlin