More than a year has gone by since the first Smog Free Tower in Rotterdam was introduced to the general public in 2015, and now Daan Roosegaarde's invention is moving around China. 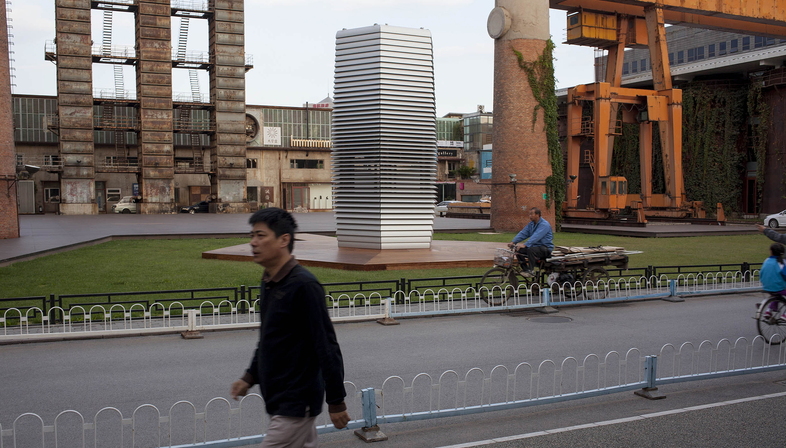 More than a year has gone by since the first Smog Free Tower in Rotterdam was introduced to the general public in 2015, and now Daan Roosegaarde's invention is moving around China. The project - described by visitors as a “clean air temple” captures polluted air and cleans 30,000 cubic metres of air per hour.

For a period of 41 days, the Smog Free Tower cleaned the air in Beijing, one of the smoggiest cities in the world. A volume of 30 million cubic metres, which equals a volume of 10 Beijing national stadiums, the famous “Bird's Nest” by Herzog&DeMeuron. Not only that but the tower also captured billions of harmful PM2.5 airborne particles.
To finance the project developed by Daan Roosegaarde, Dutch designer and innovator who has always explored social designs (link), the smog particles collected from the tower are used to make Smog Free Rings that are sold as a souvenir of clean air. Each Smog Free Ring sold can finance 1000 m3 of clean air, and therefore the continuation of the Chinese tour of the Smog Free Tower.
The Smog Free Tower in Beijing has attracted many visitors who described it as a “clean air temple” due to its air cleaning power and its vague similarity to the historic Chinese pagodas, and China's Ministry of Environmental Protection reports 55% cleaner air in the vicinity of the project by Studio Roosegaarde.
The Smog Free Tower cleans 30,000 m3 of air per hour by means of ozone-free ion technology, and uses a small amount of green electricity. It also captures and collects more than 75% of the PM2.5 and PM10 airborne smog particles and releases clean air around the tower.
The Smog Free Project serves as a local solution for clean air in parks and as inspiration for a clean, sustainable future, inspired by a visit to Beijing, when Daan Roosegaarde was struck by just how bad the smog was in this city. 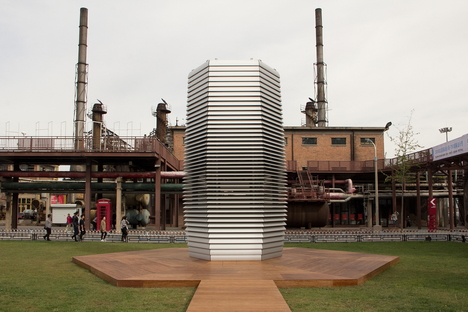 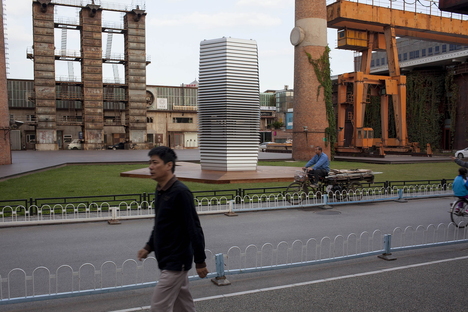 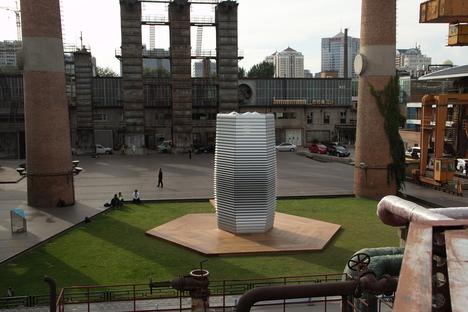 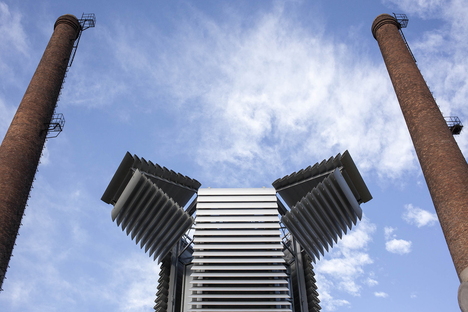 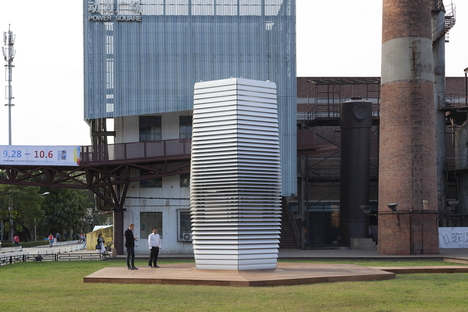 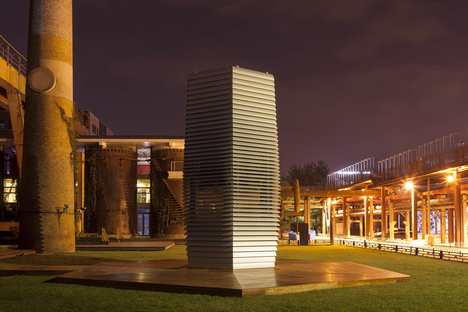 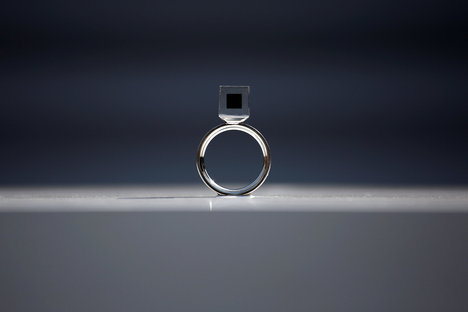 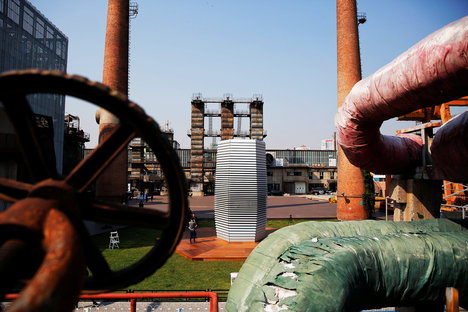 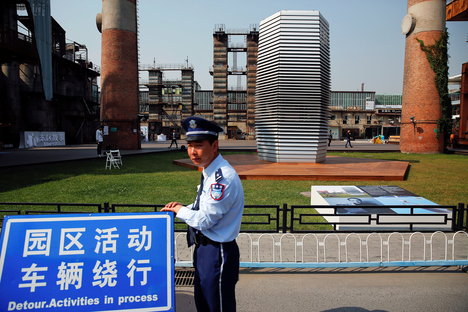 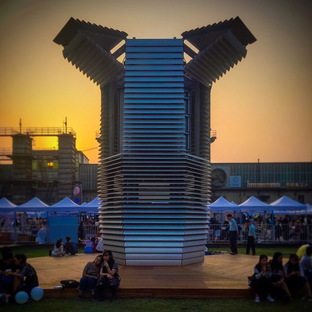