A ten-year project for the revitalization of the riverfront area of Prague, at the same time, setting up a new connection between the Vltava River and the city. The whole project extends along the Prague riverbank for more than 4 km and has sparked a gradual cultural and social rebirth in those areas that had been abandoned after the 2002 floods. 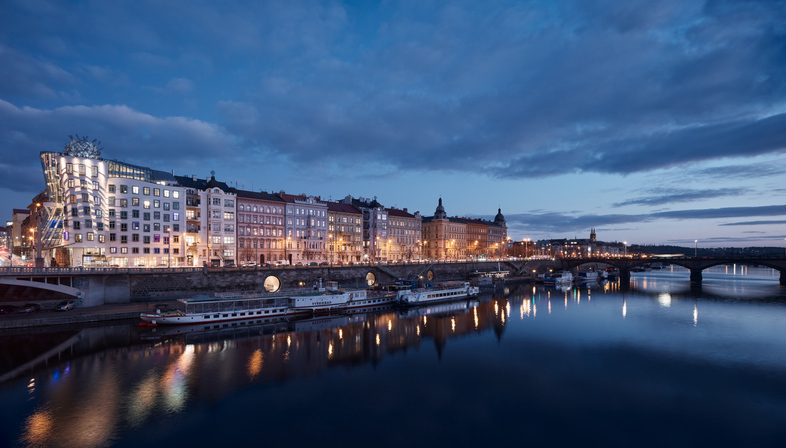 The presence of the river in a city is often its very raison d’être. This is also the case for Prague, the capital of the Czech Republic, and located on the Vltava River. Most people know Charles Bridge (Karlův most), the historical stone bridge that connects the Old Town to the Malá Strana district, but there are countless other places with ties to the river that deserve to be rediscovered.
The project by petrjanda/brainwork to revitalize the waterfront in Prague is a large-scale intervention that began in 2009. The vast area extends along the stretches along the three banks of Prague: Rašín, Hořejší and Dvořák, for almost 4 km. The first completed stage is the City of Prague’s most substantial investment in the public space since the revolution of 1989, the first of its kind here, and it has a significant social and cultural impact.
The project focuses on the reconstruction of 20 vaults in the stone wall along the river, originally used to store ice. Instead of designing classical interiors, the architects have merged the vaults with the exterior to foster contact with the river, which for many years was almost inaccessible. Because in August 2002, the massive, Europe-wide flooding caused major damage to infrastructure, including the quays and docking points.
Here, the architects from petrjanda/brainwork have created a symbiosis between the original architecture of the river’s boundary wall and its new uses, bringing everything together in a monolithic whole. They define their work as “a kind of urban acupuncture” where it is fundamental to balance the existing infrastructure, the river environment and the needs of the present users. The idea is to set up the most direct connection with the riverfront zone, keeping the spaces inside the wall as open as possible. The architectural project responds to the context of the place, working minimum artistic devices that enable the recovery of existing shapes and relations, and the discovery of new perspectives and possible engagement with the riverbank environment. The architects have done all this with an elegant mix of concrete, metal and mirrors.
As part of the architectural revitalization, the designers set up a method to develop a programme for the riverfront area that encompasses the combination of manager–architect–curator, with an authority overseeing the cultural and social quality of this valuable public space. This is important to protect these prized, newly reclaimed places for the Prague community from reckless decisions and poor management. In fact, the old vaults will be used for different purposes, so a manual has been devised based on a modular concept that allows for the customization of spaces by following specific rules.
After a first part of the work is concluded, the subsequent stages of the revitalization include the design of urban decor and even a floating pool. The few remaining vaults and the infrastructure network are now being reconstructed. Still, we can already dive - hopefully soon in person too - into this already reclaimed environment that exudes all the magic you would expect from Prague, poised between past and future. 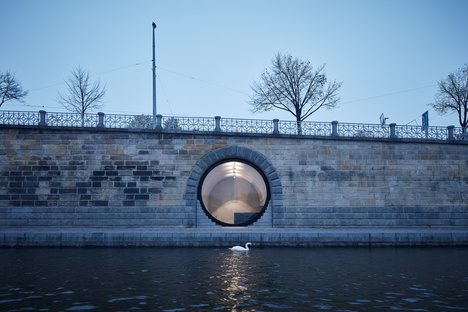 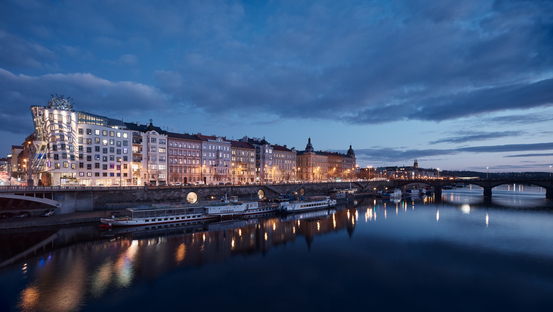 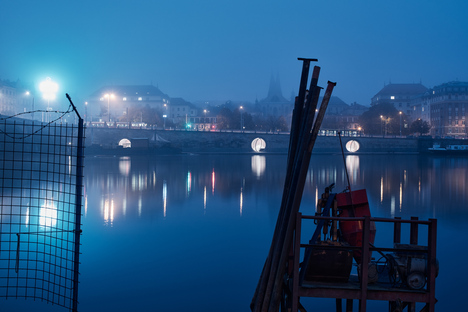 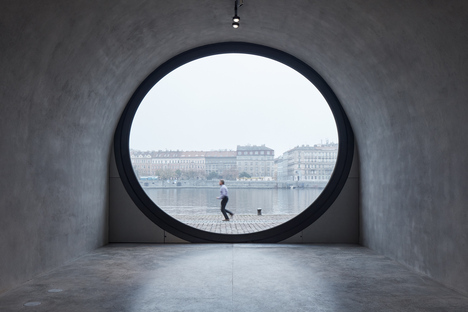 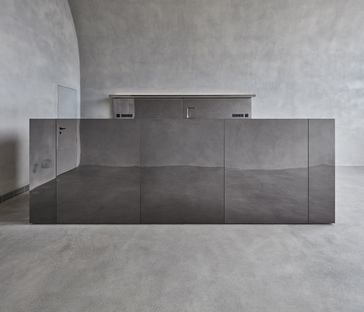 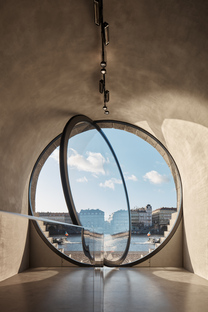 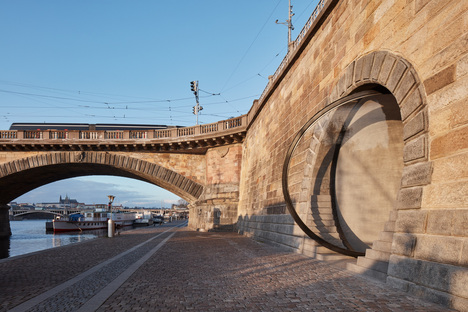 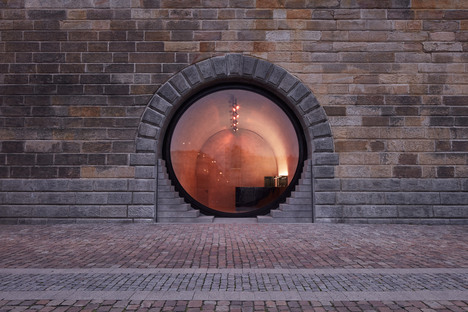 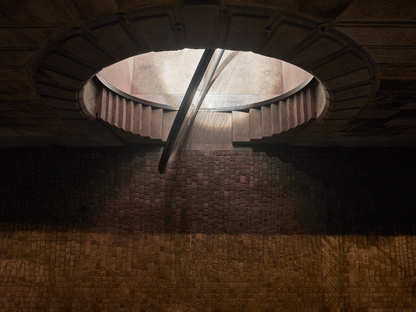 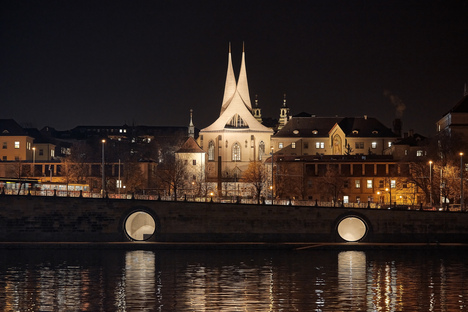 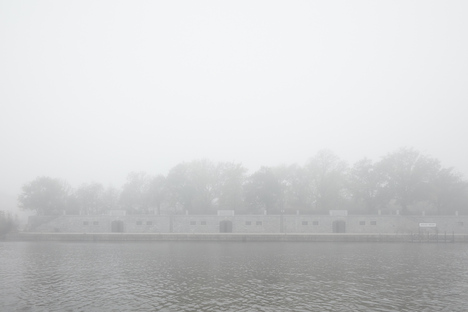 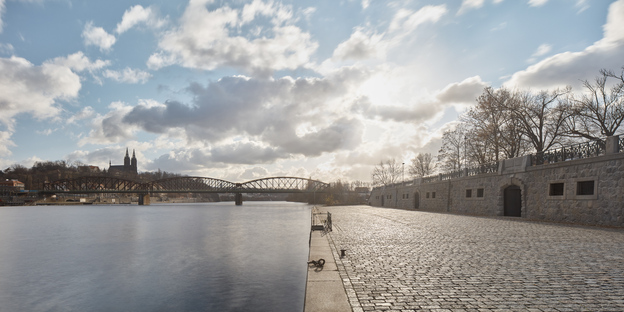 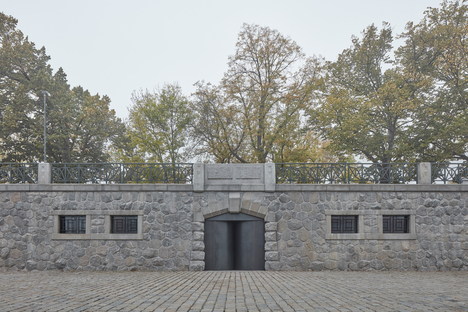 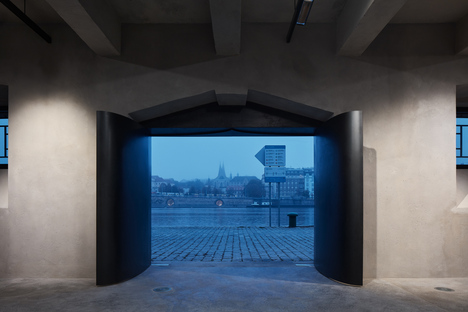