Restoration of the Tomáš Baťa Memorial in Zlín

The Czech firm TRANSAT architekti is behind the reclamation and restoration of a 1933 constructivist building in Zlín, designed by the architect František Lýdie Gahura in honour of Tomáš Baťa. Tomáš Baťa was the founder of the Bata shoe company, an illuminated businessman who also focused on the social and architecture areas, a bit like Adriano Olivetti in Italy. 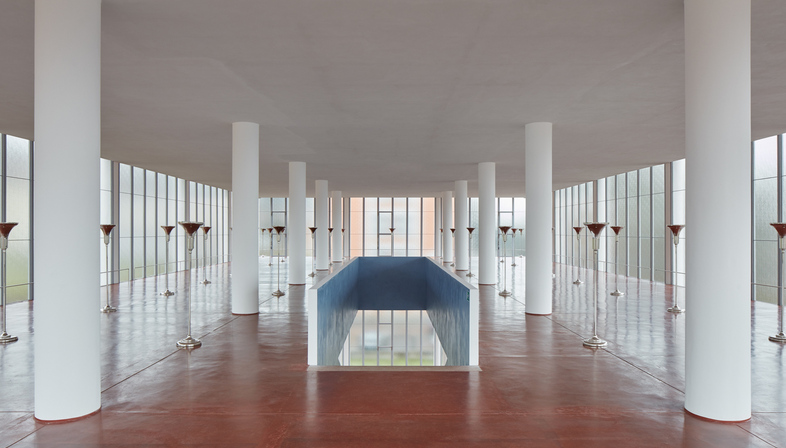 Businessmen were very interested in creating more liveable, humane conditions for their works between the first and second world wars. Architecture played a fundamental role in all of this.
In 1894, Tomáš Baťa, who founded the T. & A. Baťa Shoe Company in what is now the Czech Republic, specifically in Zlín, a city on the Dřevnice River in southeast Moravia, supported many aspects of what was known as the garden city movement. The development of the modern city of Zlín is closely connected to that company and its social programme, which developed mainly after the first world war.
The Memorial crowned the urban fabric of the city that Tomáš Baťa and his go-to architect, František Lýdie Gahura (1891-1958) had built in the early 20th century. The Memorial was actually designed to commemorate the businessman’s sudden death in a plane crash in 1932. Designing the monument as a simple exhibition space with only the ill-fated Junkers F 13 where Bat’a died inside, Gahura reduced it to a frame, clad in only the three basic materials of Zlín architecture – concrete, steel and glass. The execution of the standardised frame as a single column hall and a three-aisled space at the same time, the variable height of the space and diffused natural light brought the stripped-down Zlín constructivism close ancient and medieval sacred buildings, without using any historical shapes. This was enhanced by the consistent vertical concept of the building.
At the outbreak of World War Two, the Bata family moved to North America to escape the Nazis, and the memorial was rebuilt in the 1950s as a concert hall and gallery. With that intervention, the monument lost all its architectural qualities and the name Tomáš Baťa was erased from memory.
But times change, and now the memorial has been restored to its original glory. The work - completed by TRANSAT architekti - had been in the pipeline for some 18 years. Referencing the original idea, the architects focused on keeping their project simple and dispensing with anything unnecessary. So all of the operational, technical and service elements and spaces are located separately from the monument.
The core meaning of the building consists of the visitor’s experience of the space and light, that TRANSAT architekti aimed to emphasise by restoring the memorial rather than just refurbishing it, also in consideration of the fact that the whole structure is an internationally renowned monument of modern architecture. Given the monument’s strategic position in the urban fabric of Zlín, the building is also a point of reference for the town, a kind of light-landmark. A role that fits in well with this architecture, whose light-filled interior is so austere, and dominated by the new model of the Junkers F 13 aircraft that it can’t really be called an “event location”, in defiance of the multipurpose architecture that is so popular right now. 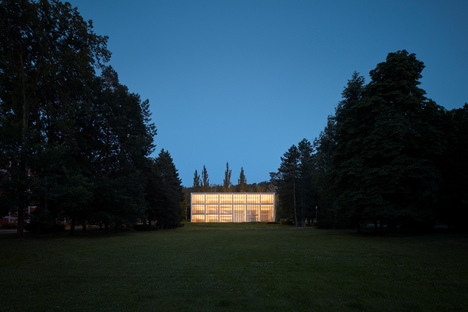 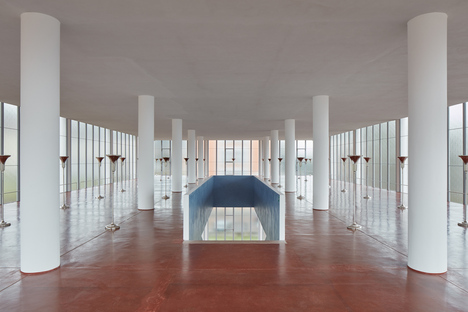 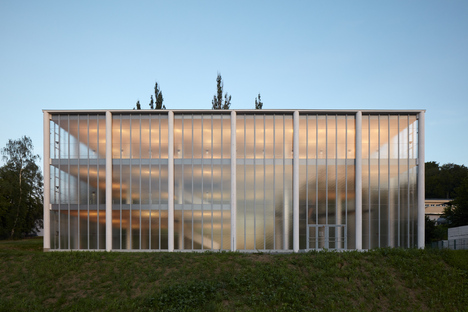 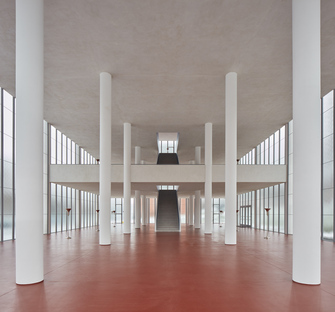 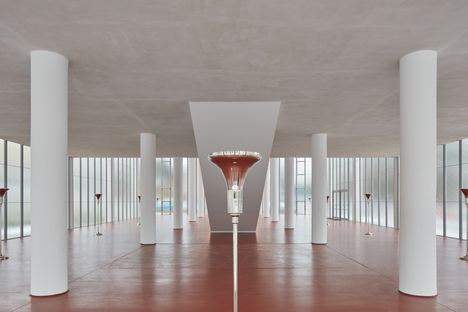 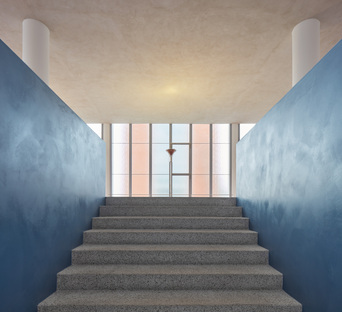 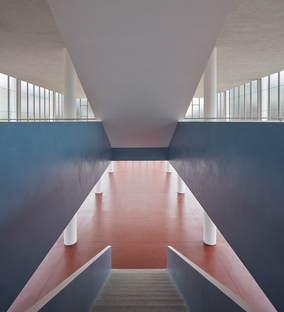 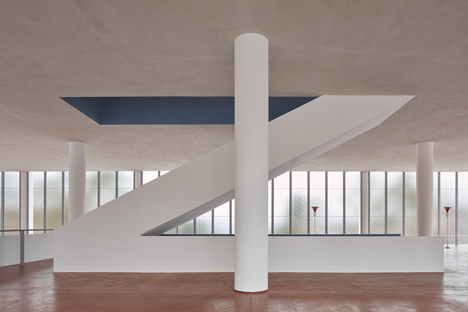 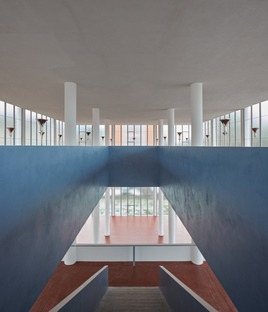 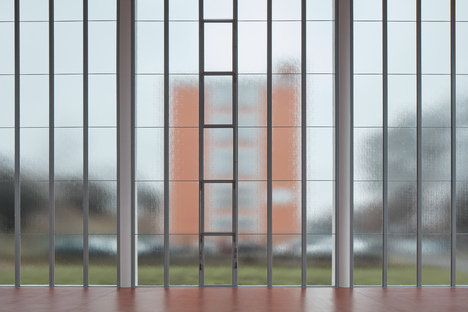 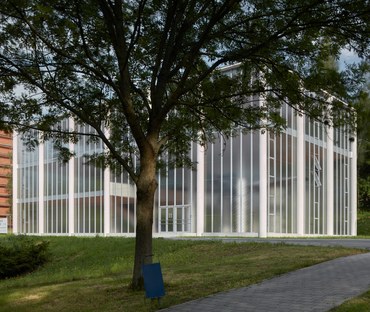 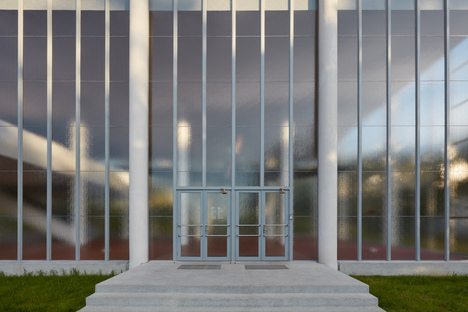 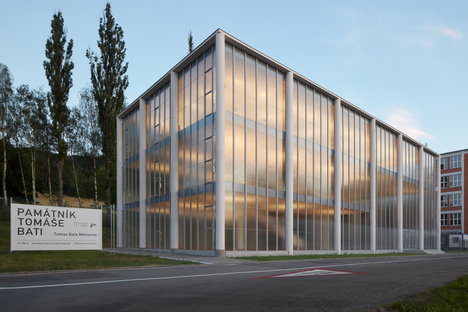 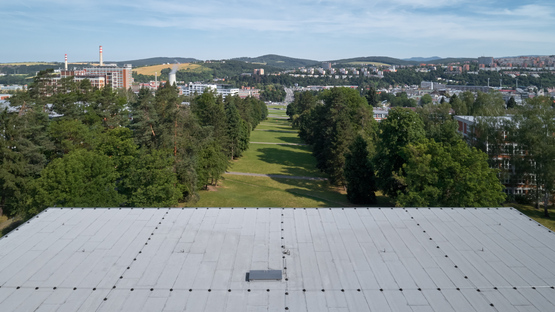