The Japanese architect, Ryushi Kojima has completed a house in the centre of Kyoto that takes the original architecture and respects its tradition in order to provide an experience of the local culture not just by passing through the city but starting from a private home. 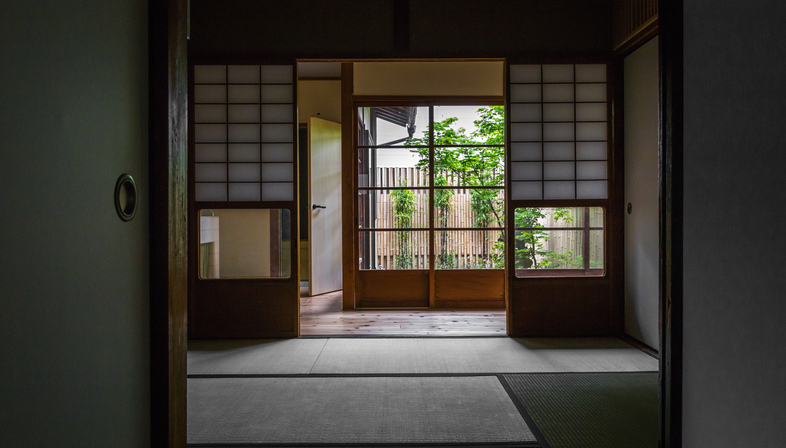 The Japanese architect, Ryushi Kojima has completed a house in the centre of Kyoto that takes the original architecture and respects its tradition in order to provide an experience of the local culture not just by passing through the city but starting from a private home.


We know the Japanese architect Ryushi Kojima and his New York-based studio RCK Design for the photos of his favourite subject, New York City. This time, instead we're taking a look at his architecture project called Uzumasa in Kyoto, a house that takes the original old building and interprets it with total respect for the traditional culture. At the same time, it still boasts all the comforts of a modern home.
Kyoto, the former capital of Japan is located on the island of Honshū. It is renowned for its many Buddhist temples, its gardens, its imperial palaces, Shintō sanctuaries and traditional wooden houses. One of these is the subject of Ryushi Kojima's work. The architect has worked for years in Kyoto, looking to protect the urban fabric and the old, traditional houses by making over the substance of the historical wooden buildings and then returning them to the market as holiday homes, according to the rationale of dispersed and sustainable tourism.
An idea that has been well received in the United States where the client of Uzamasa in Kyoto, who Ryushi Kojima met by chance at a party, as he tells us. The client appointed Kojima as the architect and project manager and they set out to find the right property, which the architect quickly discovered in Uzamasa, which also gave the project its name. This is actually one of Kyoto's most iconic zones, known for the Koryu-ji temple, said to be the oldest in Kyoto with its famous statues, seventeen of which have been declared national art treasures, with another 31 recognised as important cultural assets. The district is also home to the Kyoto Studio Park, also known as Toei Uzumasa Eigamura. Basically, it's a film set and theme park in one. Essentially a small town from the Edo Period, the park features a collection of various traditional buildings which are occasionally used as a backdrop for filming historical movies and television dramas.
Working in this urban context, Ryushi Kojima, therefore, opted for a very delicate renovation of the old building, respecting both the outside by sourcing original materials and the interior decor, offering just a few concessions to the modern comforts in the kitchen and bathroom. A very thoughtful project that is structured around the gorgeous patio garden filled with the ubiquitous Japanese maples, therefore providing the opportunity for a full immersion in the local atmosphere as soon as you enter the property. Sliding doors made from rice paper, tatami mats on the floors, traditional furniture craft minimal but very warm rooms.
Uzamasa Residence by Ryushi Kojima is an attentive reconstruction that brings out the best of the architectural heritage that is typical of Kyoto, at the same time not falling into the easy temptation of falsifying history or going for a nostalgic re-enactment. An attractive renovated construction that is appropriate for the third millennium for a stay in harmony with the local culture. 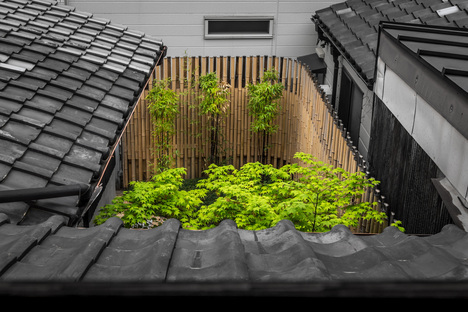 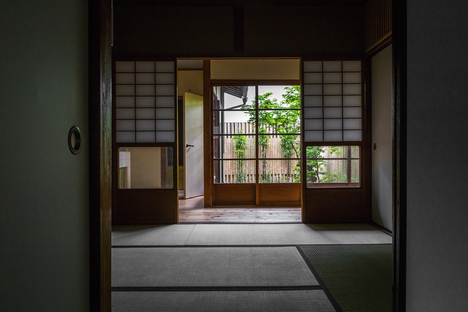 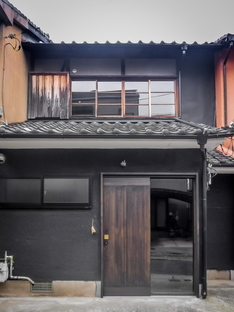 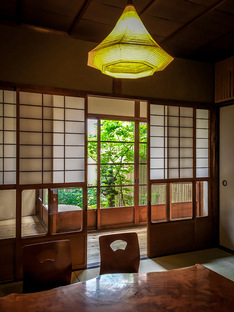 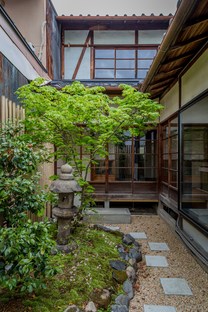 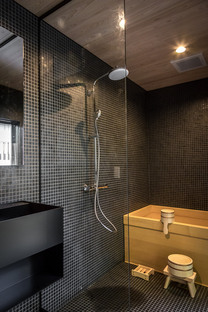 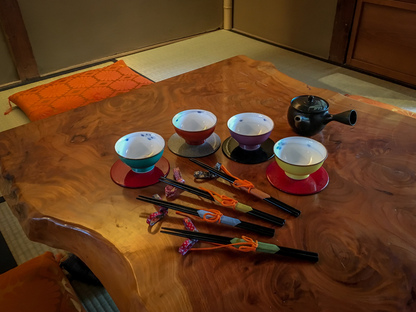 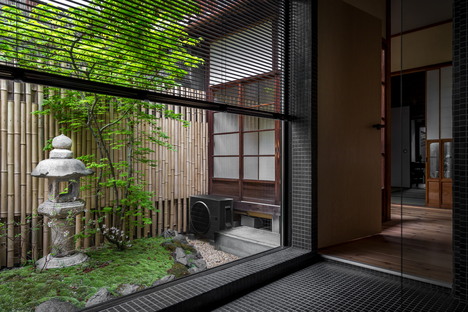 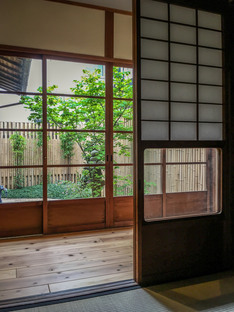 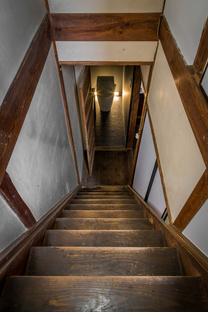 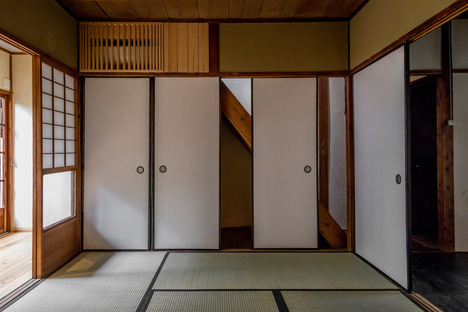 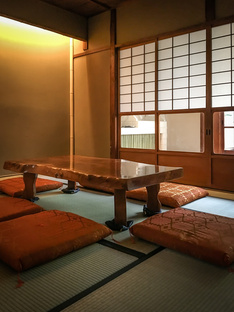 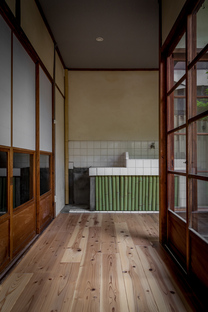 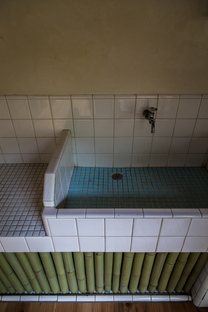 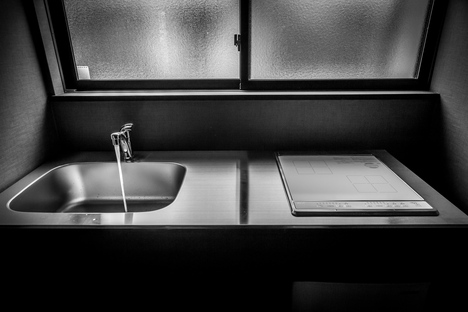 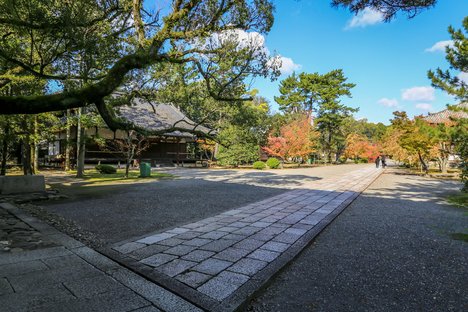 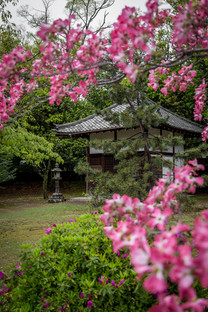 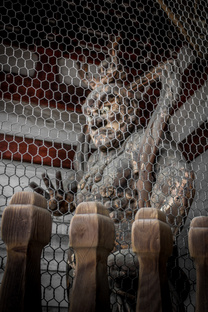 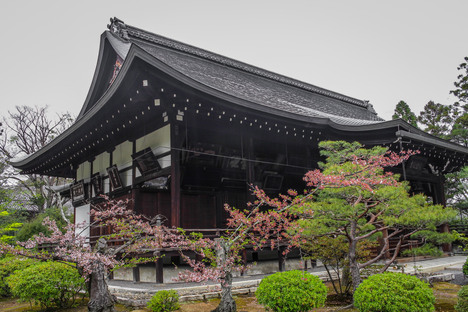 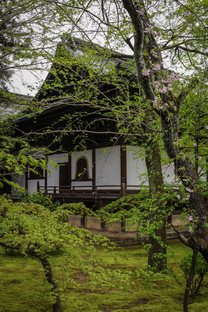 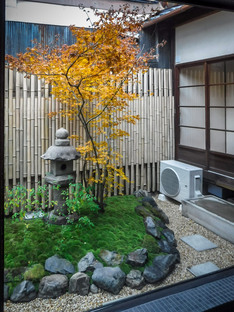