Architect Susana Lopez and her team from RED Arquitectos have designed the interiors of Emilio Bistró, a restaurant in Boca del Río, south of the Mexican port city of Veracruz. 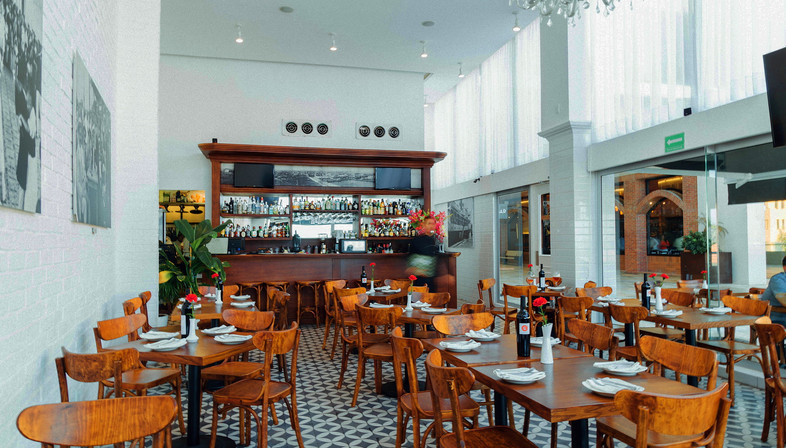 Architect Susana Lopez and her team from RED Arquitectos have designed the interiors of Emilio Bistró, a restaurant in Boca del Río, south of the Mexican port city of Veracruz. A delicate operation evocative of the past.


The revamping operations by architecture studio RED Arquitectos ed by Susana Lopez are synonymous with blending the past with contemporary needs. For the latest creation of a venue in Boca del Río, a township to the south of the city of Veracruz in the Mexican state of that name, Susana Lopez with Jose Luis Sierra, Francisco Cano and Angelica Azamar are behind the interior makeover of a restaurant near the sea called Emilio Bistró.
The building, a low volume, fits in well with the urban context. RED Arquitectos interpret the restaurant spaces evoking the story of the city of Veracruz, namely the moment the Spanish immigrants settled around the port.
It goes without saying that the project choices follow this concept also in the interior design and, in addition to the menu with the traditional “pulpo alla gallega” or “chorizo”, it is also manifested in the colours used by Susana Lopez and her team. The white walls are reflected in the bi-coloured ceramic floor and offset by the dark wood used for the chairs and tables, almost like an erudite reference to “Arte Povera”, where the counter is the focal point.
Large historical photographs in black and white hang on the white walls and tell the story of the  past. The role that these photos play is more than mere decoration, they have been used as an attractive and at the same time incisive historical narrative, particularly in the social and urban setting that forms the backdrop for the restaurant.
A step that not only engages with new generations and encourages them to approach local history, but favours images over words, images that create the ties between local past and universal inspiration of people seeking luck and wellbeing, in Mexico and elsewhere, in the past like now. 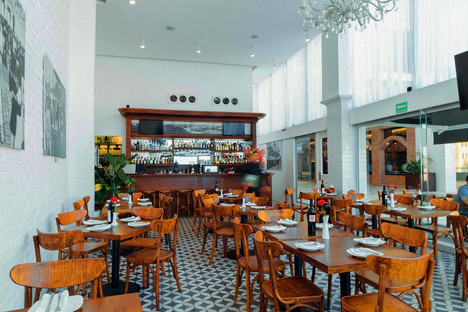 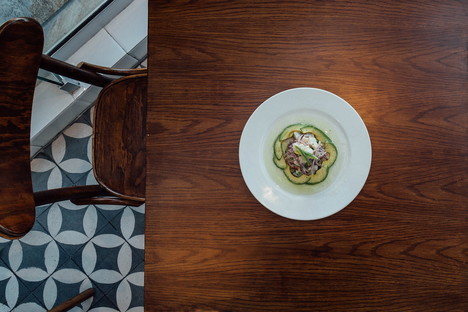 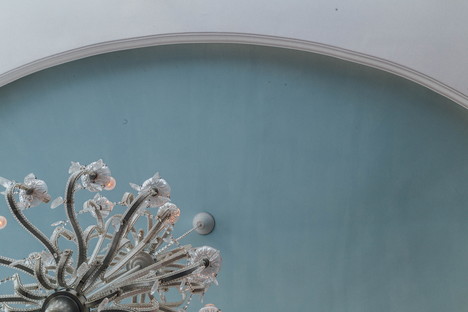 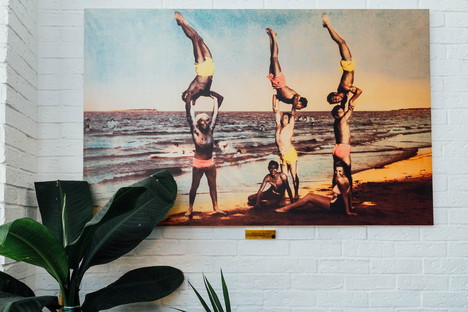 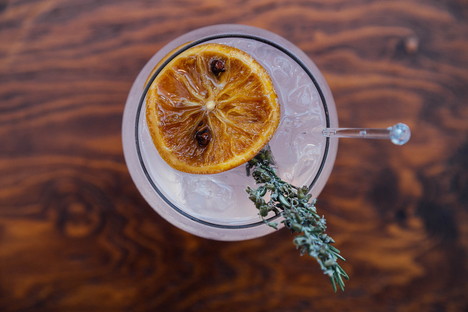 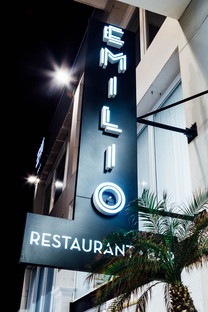 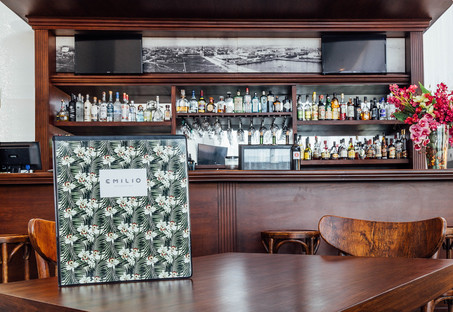