Simoné Joyería is a small concept store in Veracruz, Mexico. 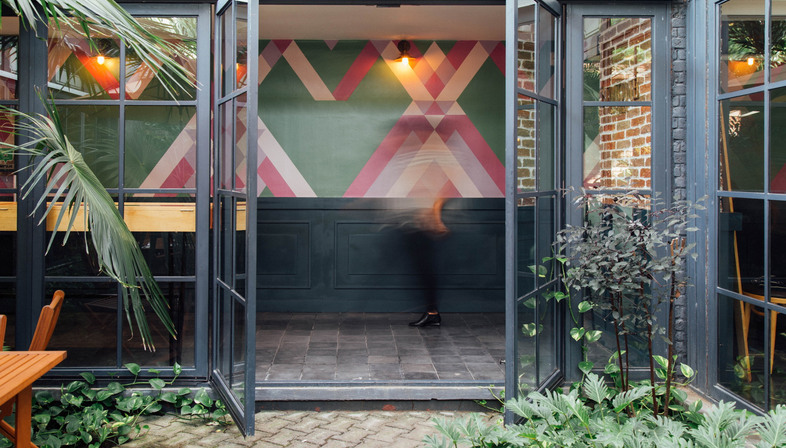 Simoné Joyería is a small concept store in Veracruz, Mexico. Susana López González and her team at RED Arquitectos have created a welcoming interior that plays with the geometric patterns of Mexican textile products and the hues of the amber from Chiapas on sale in the boutique.


A small space that really grabs you, both visually and emotionally RED Arquitectos led by Susana López González this time worked in their hometown, Veracruz, in the Gulf of Mexico.
The challenge is posed both by the physical location, a pop-up store and by the overall concept for the sale of Mexican jewellery, putting the emphasis on the items made using the famous Mexican amber from the Chiapas region. This resin, some of which contains fossilised insects and plants, is produced by the legume species Hymenaea allendis or Hymenaea mexicana in Chiapas and located underground in the foothills. It is mined using artisan methods and is used to craft most of the jewellery sold by Simoné Joyería.
The store itself contains the range of colours of the amber from Chiapas, which includes 11 variations, from pale yellow through different shades of red to coffee, reflected in the bespoke designed wooden display cases by RED Arquitectos and in the bare brick walls. On the other walls, the architects went with the typical geometric patterns and bright colours of Mexican textile products.
The end result is a pleasantly contrasting material and forms that, with the trademark empathetic interpretation of Susana López González and her team conveys the message of the small concept store in the centre of Veracruz congenially portrayed in the photos by Armando Ascorve Morales. 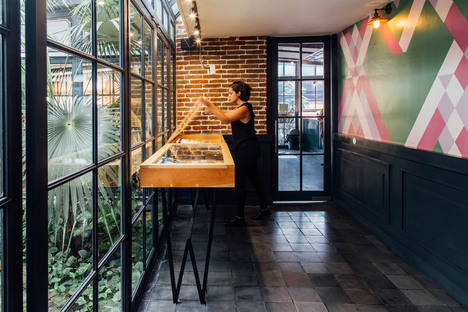 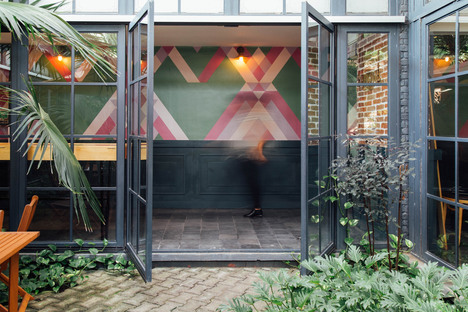 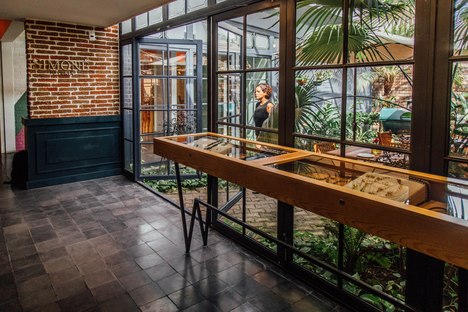 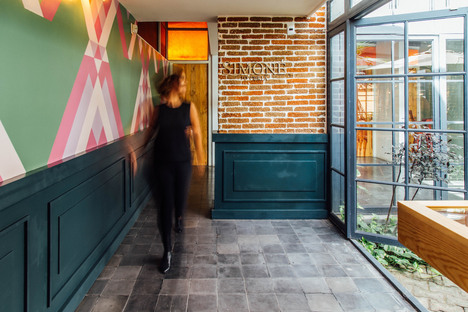 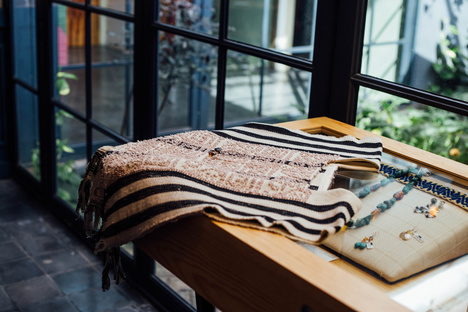 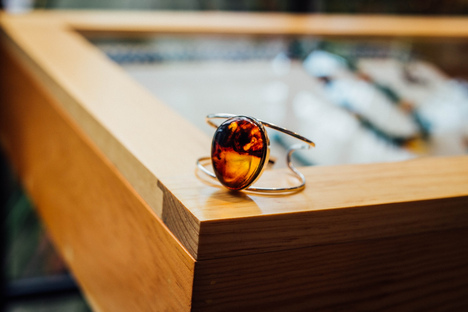 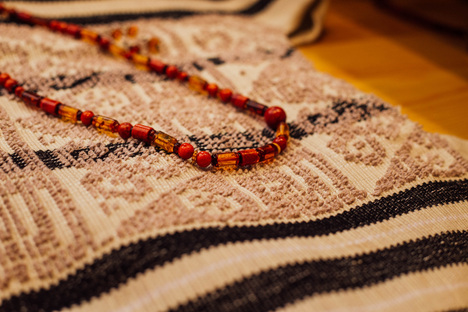 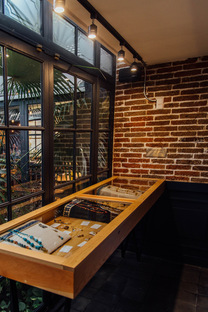 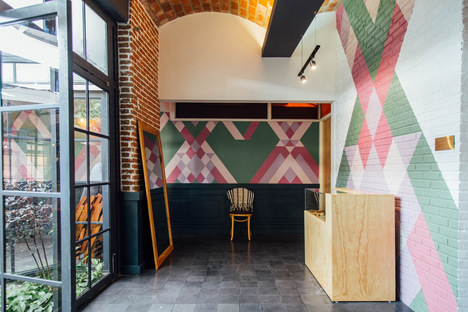 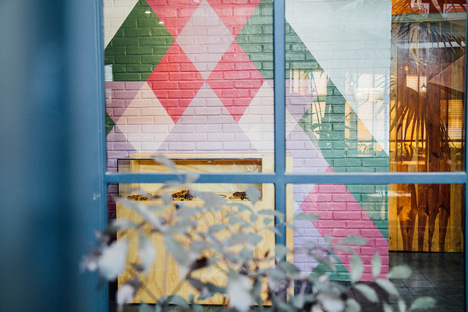