French artist Charles Leval, who goes by the name Levalet, has created some seriously real street art on the streets of Paris, stopping passersby in their tracks. 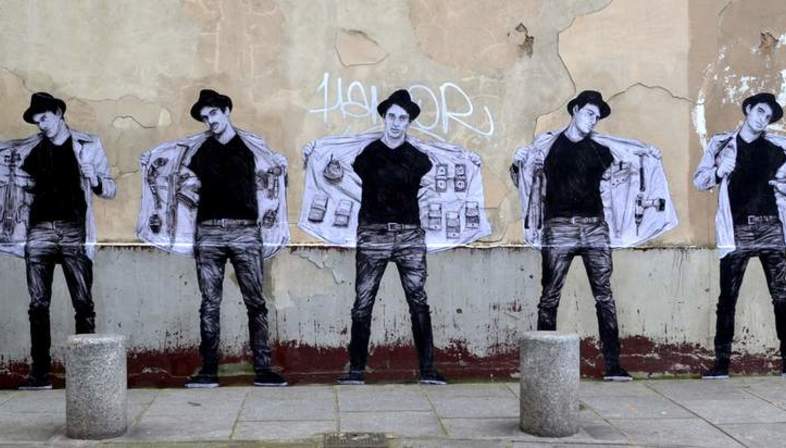 French artist Charles Leval, who goes by the name Levalet, has created some seriously real street art on the streets of Paris, stopping passersby in their tracks. Levalet’s uses his art to study the public space and its interaction with human beings. 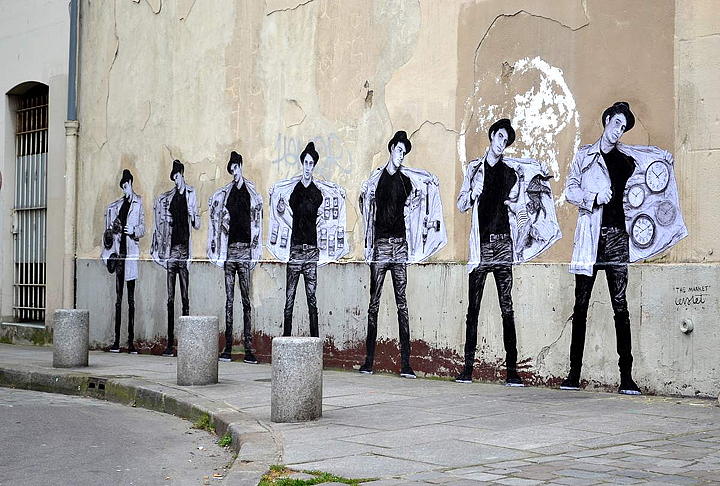 Levalet's works – sometimes wacky, always fun – are currently going viral on the web, perhaps because he puts human shapes at the centre of his Street Art, making sure they interact with the environment and stopping us in our tracks! 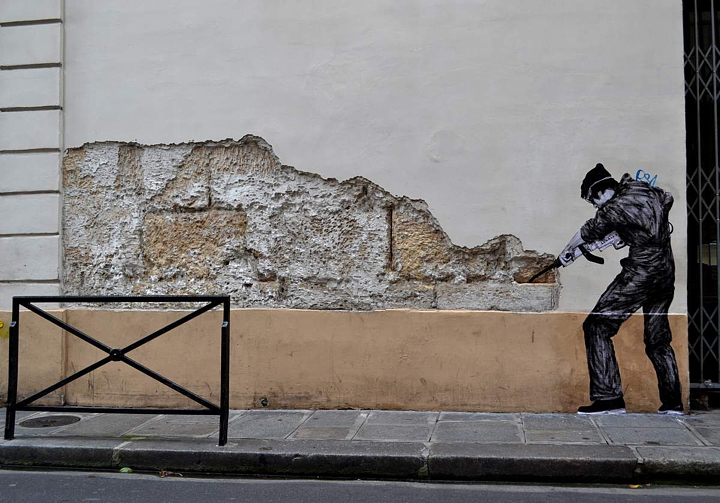 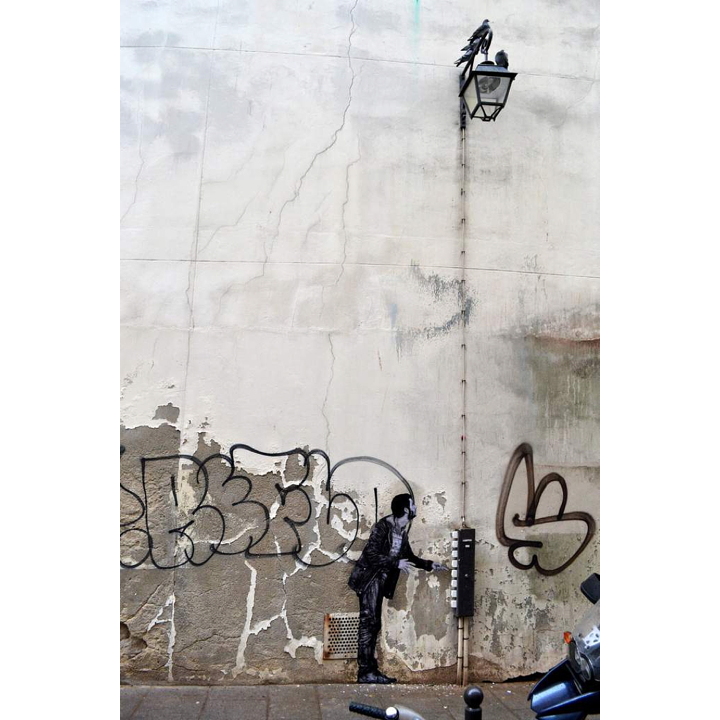 The young artist trained in visual arts in Strasburg and uses black India ink to draw his characters and pastes them onto the walls, like billboards, in urban environments like Paris and Guadeloupe, where he grew up, as well as Latina and Stavanger.  They’re never just figures in and of themselves – they’re designed and created to interact with the architecture that acts as their “canvas”. 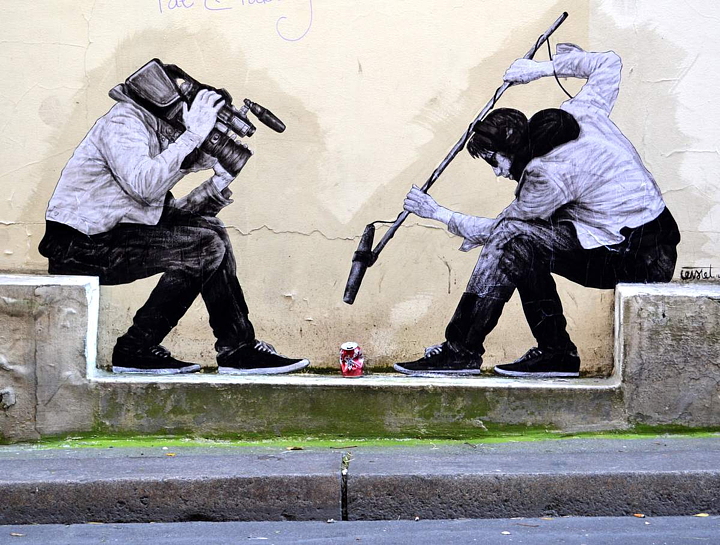 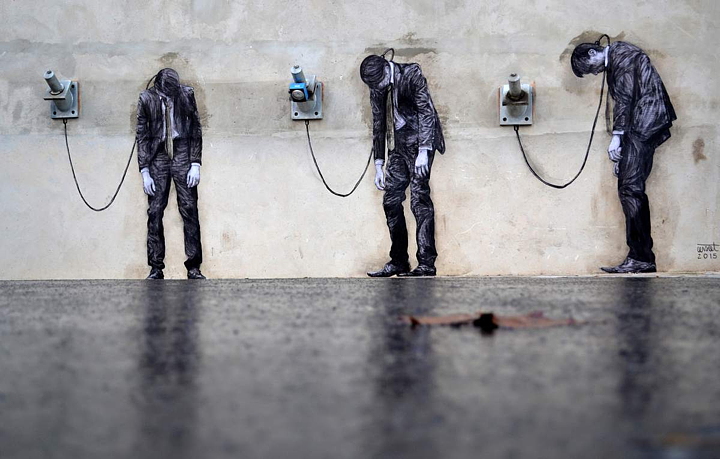 It’s hard not to fall a little bit in love with Levalet through his images that are the result of art interacting with its medium – architecture – and its environment – the city and elements of the city, such as doors, windows, lampposts, doors, plants, stairways, roads. 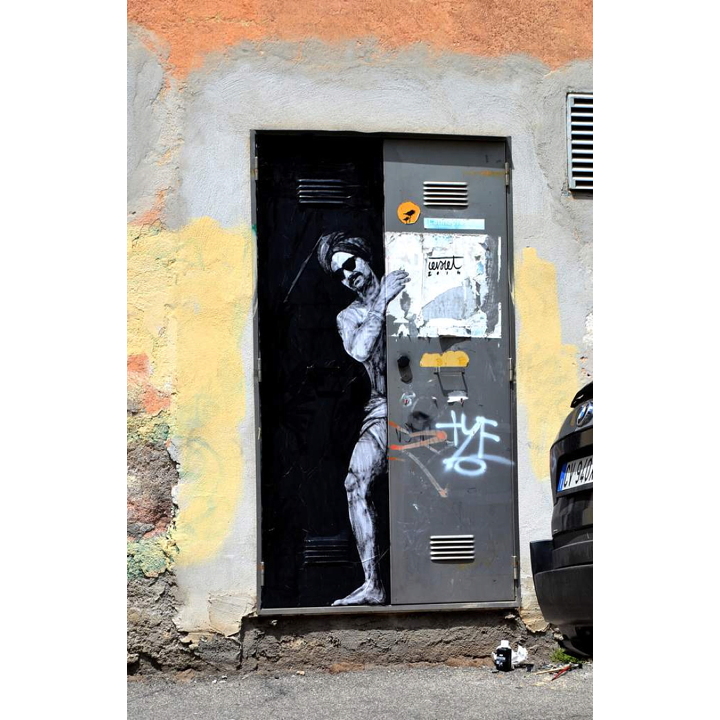 So when you study one of Levalet’s artworks, it really makes you think. This is much more than easily consumable, immediately effective Street Art. The black India ink human shapes don’t send out direct messages, in fact Levalet doesn’t use words or slogans; interaction with the architecture makes his art much more poetic, but certainly no less effective. 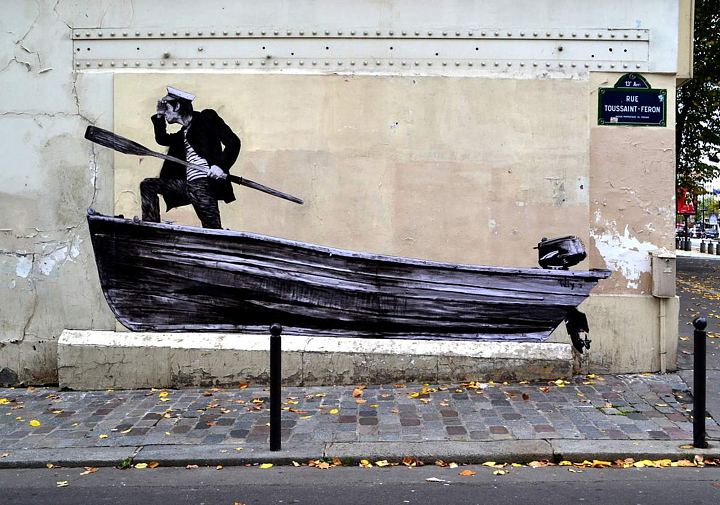 Levalet invites us to travel beyond the image into an introspection of our condition as citizens and users of the urban space. a special kind of conceptually and artistically excellent street art. 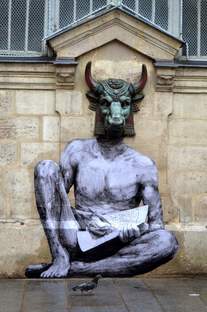 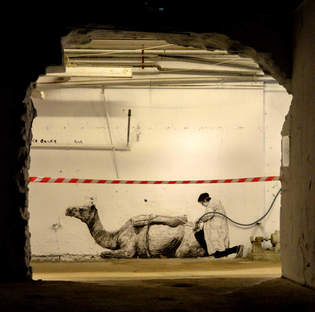 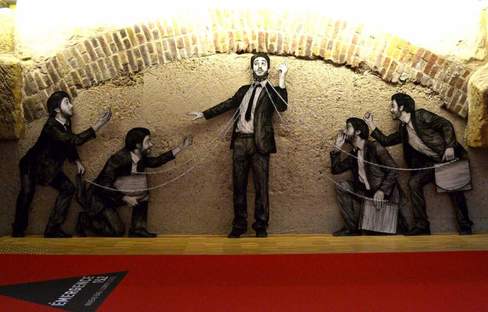 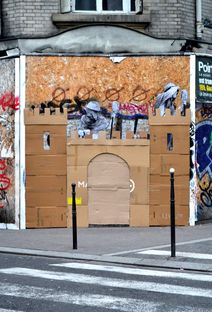 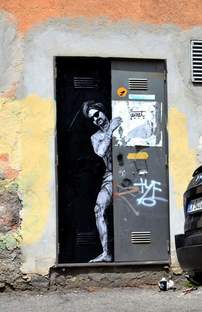 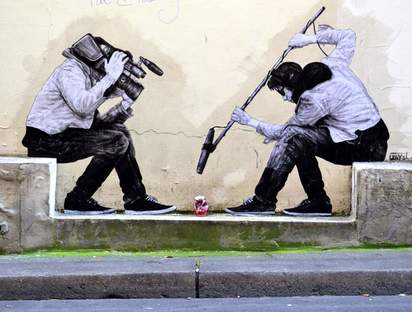 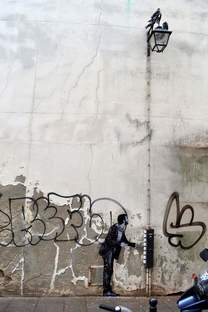 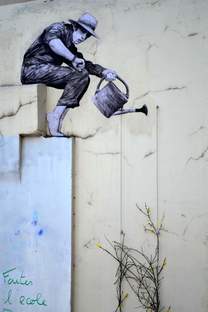 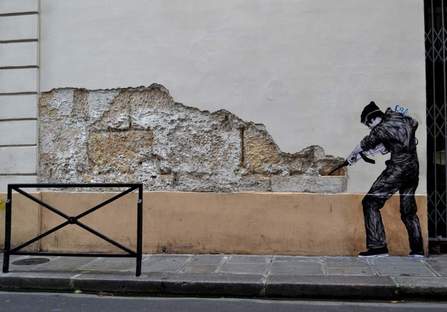 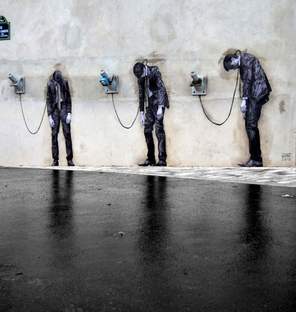 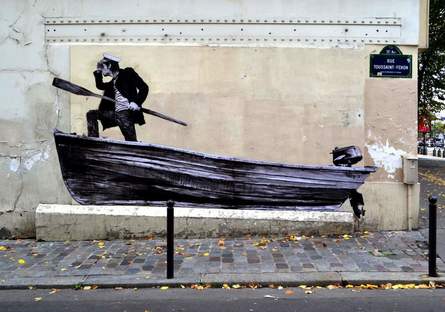 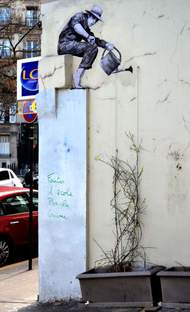 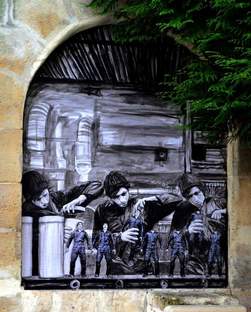 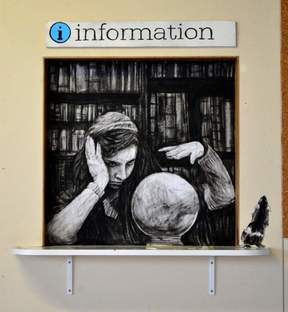 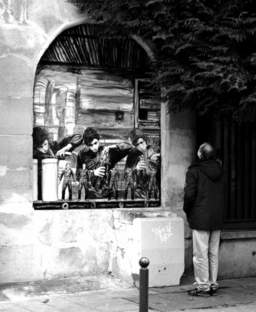 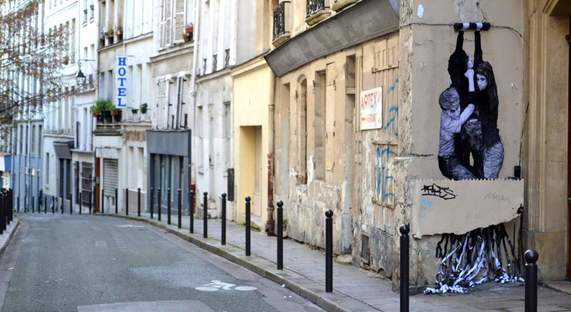 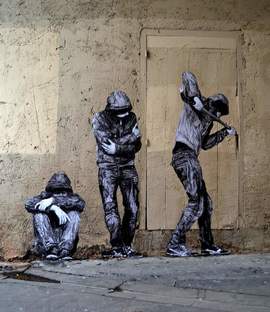 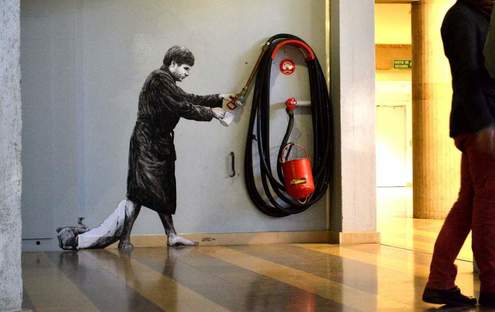 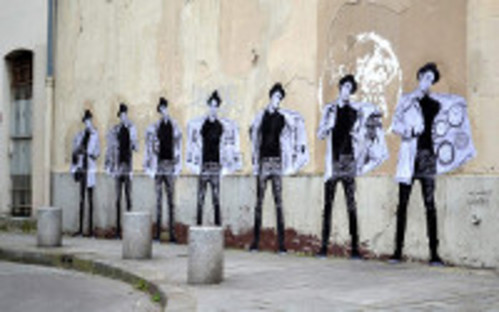 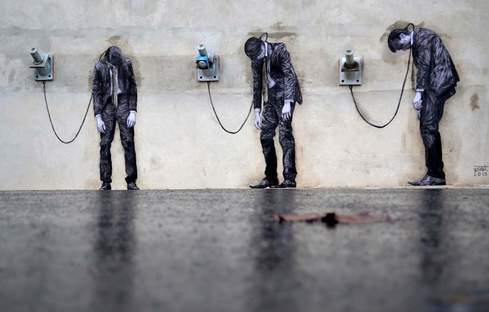