The design team from Atelier YokYok together with sculptor Ulysse Lacoste have designed The Paper Dome in the Sanayeh garden, Beirut, as part of a workshop with students and architects. 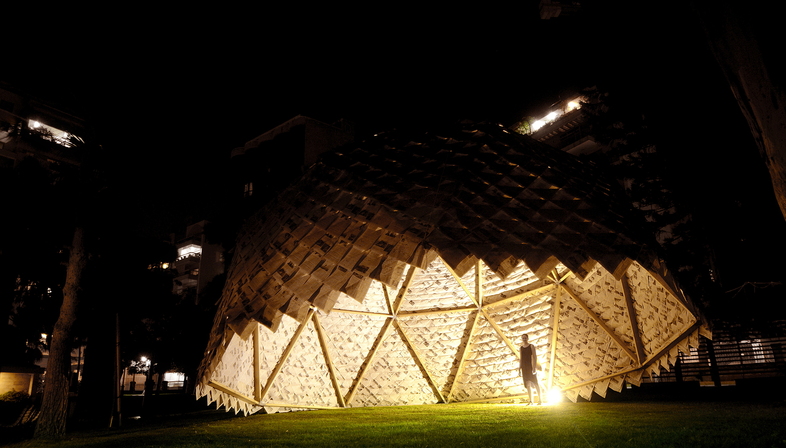 The design team from Atelier YokYok together with sculptor Ulysse Lacoste have designed The Paper Dome in the Sanayeh garden, Beirut, as part of a workshop with students and architects. A symbolic artwork for life in Lebanon.

Atelier YokYok, known to our readers for their artistic and architectural works in unusual environmental backdrops, including Les Voutes Filantes in Cahors (link) or the Treedom installation at the SZIGET Festival in Budapest
(link), worked in Beirut, Lebanon in conjunction with sculptor Ulysse Lacoste. 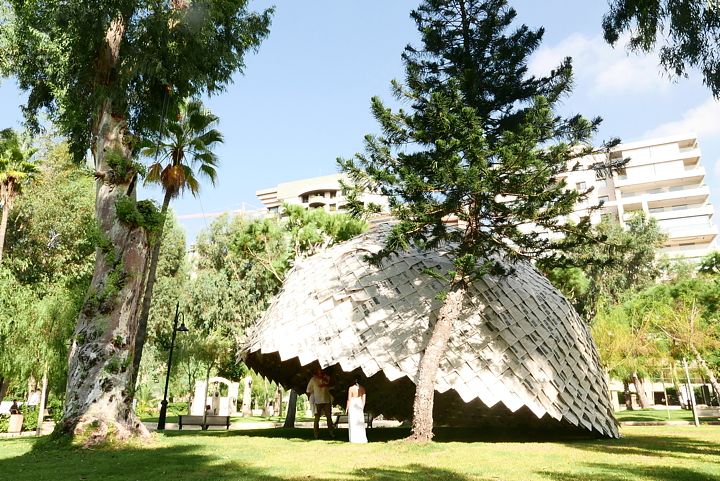 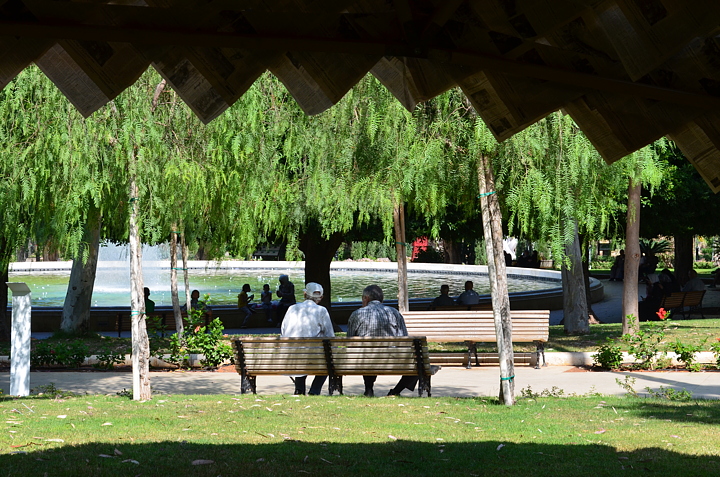 The project called The Paper Dome is the output of a 7-day workshop with art and architecture students in Beirut and was commissioned by Art in Motion. This Lebanese not-for-profit association supports art by repositioning it in public spaces, thereby fostering its visibility and access to a wider, mixed public. So it involves local and artists in creating a real cultural, transversal dialogue, like Atelier YokYok and Ulysse Lacoste. 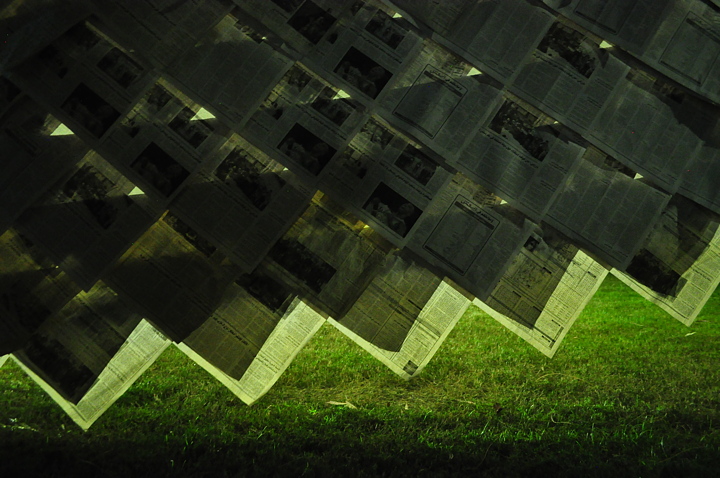 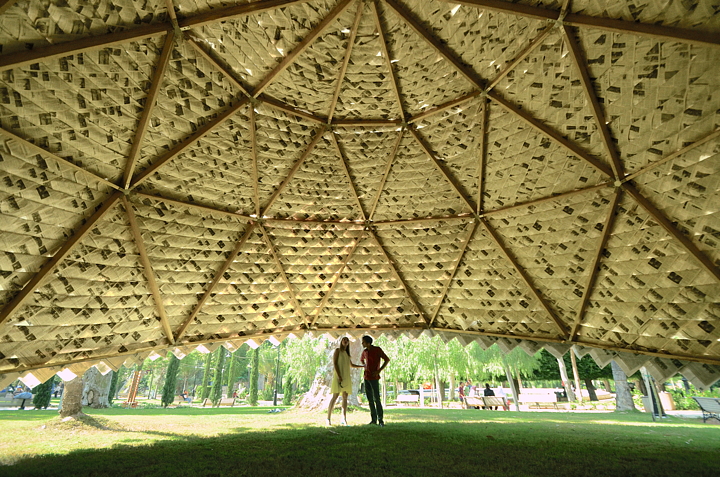 “The Paper Dome” is an architectural object covered in newspaper, arranged in such a way as to reference roof tiles. The newspaper is a symbol of the life of Beirut, at once fragile and pregnant with meaning and content, and was used to cover a 10-metre domed wooden frame that rests on the ground at one point only, with the rest open to passers-by. 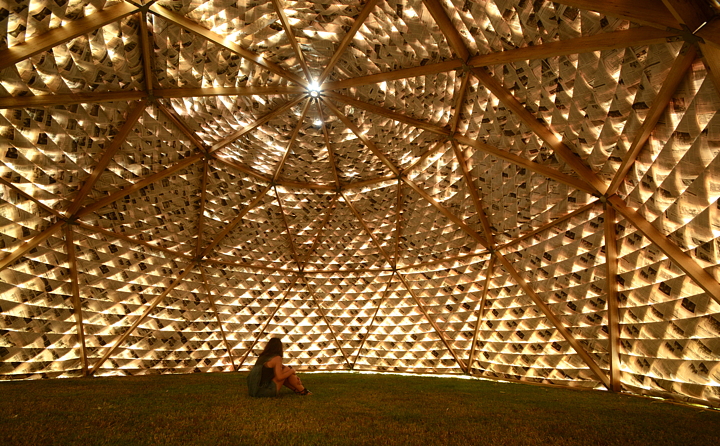 The paper covering turns it into a building that is as ephemeral as the material used to construct it. Its presence in the city's green lung is very inviting, and visitors end up being drawn into this “shell” rustling with sheets of newspaper, an oasis of shade, welcoming and cool, a momentary break from their busy routine. 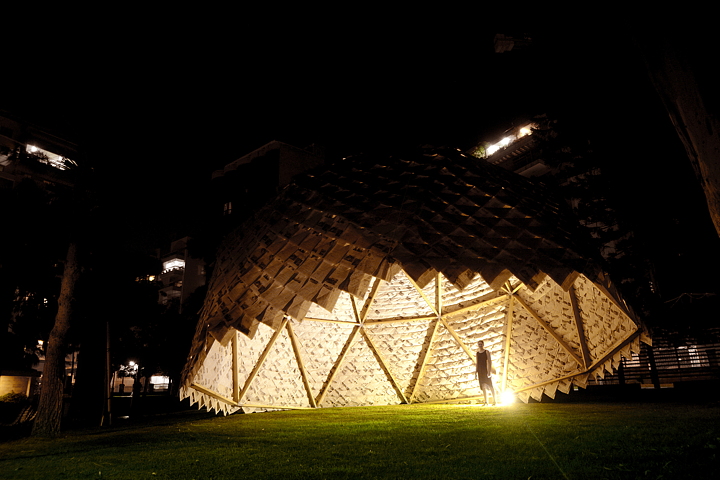 With “The Paper Dome”, Atelier YokYok and Ulysse Lacoste in conjunction with the group of students from the workshop have added value to this green urban space through an art installation, opening up the perceptive horizons of visitors. 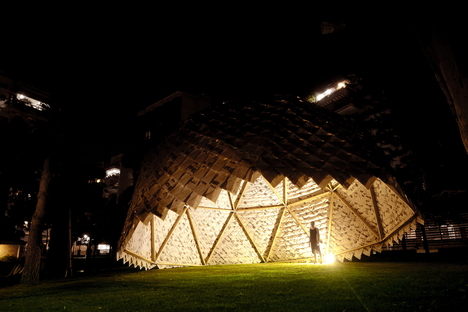 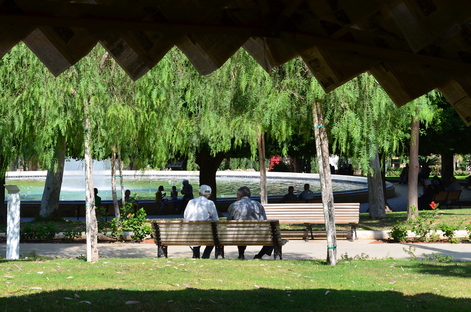 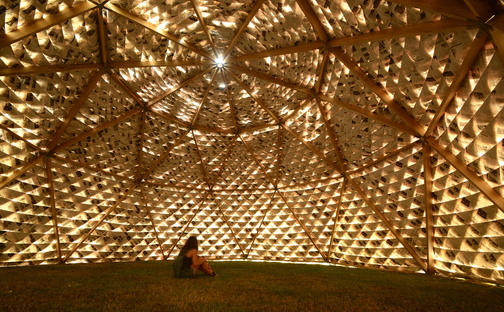 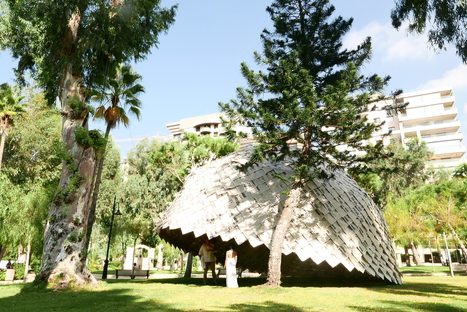