Two Chinese firms, REDe Architects and Moguang Studio, have overseen the renovation and transformation of a former clothing factory in the suburban outer belt of Beijing. It now has an entirely new use as a youth activity centre, all whilst maintaining the original layout of the industrial buildings. 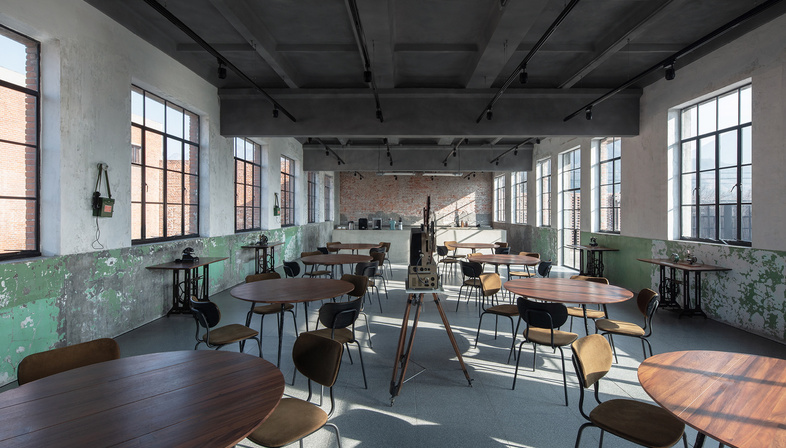 The reclamation and transformation of disused industrial buildings is an intelligent and sustainable response to adapt existing buildings for new purposes. One particularly notable example of this was recently seen in China, specifically on the outskirts of Beijing, in the city of Beizhuang. Here, two design firms - REDe Architects and Moguang Studio - were commissioned to work on an area spanning 5,000 square metres occupied by a disused clothing factory.
As such, the question was how to breathe life back into an industrial site without any particularly rich heritage or spatial features of note. In response to the various constraints and functional requirements involved, different renovation strategies were adopted for each of the individual buildings comprising the complex: a total of twelve. Rather than establishing a unified style for these buildings, the architects chose to emphasise the relationship between the individual buildings, the architectural complex as a whole, and its surroundings, characterised by other industrial sites, but also the nearby mountains.
The site of the factory is divided into two parts. The northern part is home to a large single-span, single-storey building, whilst the southern part features small red brick buildings with wooden trusses and brickwork load-bearing walls. In light of the structural characteristics of the original factories, the classrooms, conference rooms and restaurants have been placed in the northern area, whilst the southern area is dedicated to accommodation.
In practice, the youth activity centre has been allocated to the site previously occupied by the main factory building, on the north side, which has since been removed and replaced with a new building. Meanwhile, thanks to the removal of the original roof of the structure in the east, closer to the natural landscape, the building itself has been extended by one floor and now houses the restaurant.
As for the hostel, it has been set up in the building complex to the south, which has a north-south layout, a load-bearing brick wall, and a trussed wooden roof. Fittingly, its original function was as a dormitory and canteen. Using the building’s original structure and layout as a starting point, the teams at REDe Architects and Moguang Studio added the necessary systems and improved the thermal performance of the buildings, which were converted into guest rooms. The factory’s abandoned canteen has been transformed into the reception room for the hostel.
The approach taken to the outdoor spaces is particularly interesting, as they have been redesigned as an extensive playground. The existing paving in the northern courtyard was made from hard concrete bricks. Here, a circular slope and a steel-grid platform have been incorporated into the courtyard connecting the field area with the restaurant’s roof terrace on the west and east sides, allowing children to run around and play at different heights. The platform provides shade for the lawn and activities beneath it, all contributing to the dramatic feel of the overall design, as conveyed by the photos. Given the site’s atmosphere and the textures of the building façades, recycled red bricks and concrete bricks were selected as the main paving materials, complemented by a rubber running track, making for playful spaces where kids can run and jump around freely.
Through its transformation, the reclaimed complex has become a hub of activity for young people, breathing new life into the site and the local community around it. 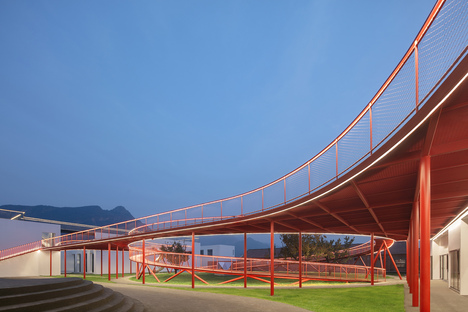 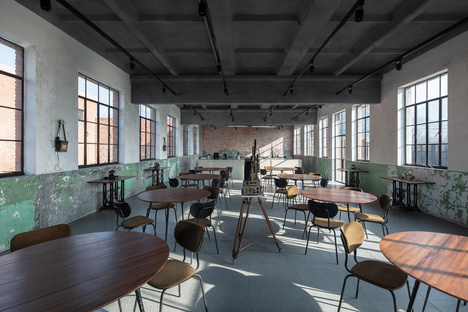 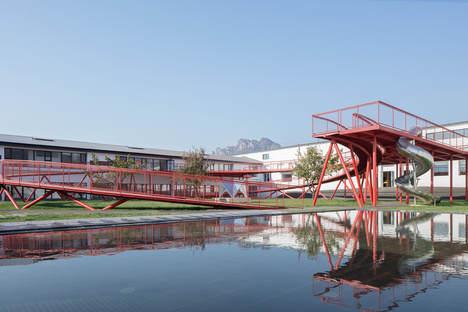 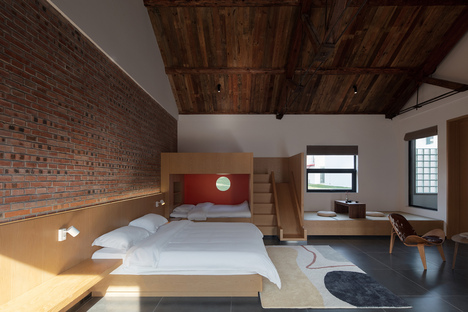 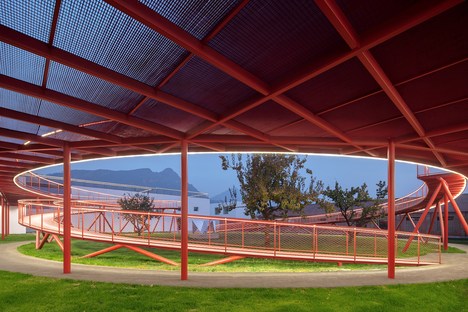 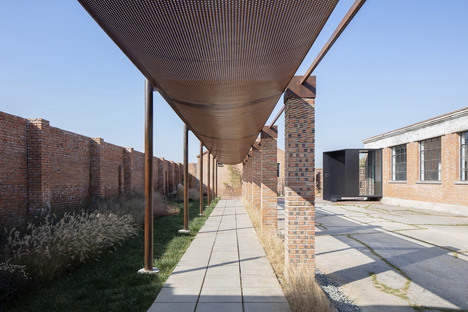 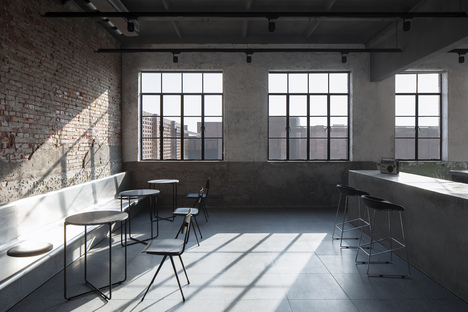 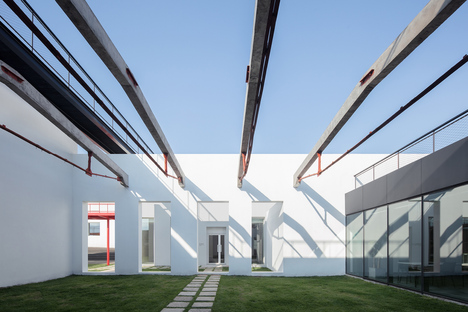 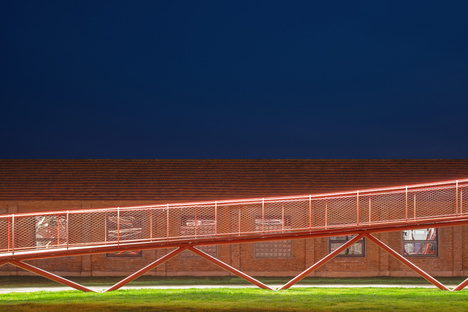 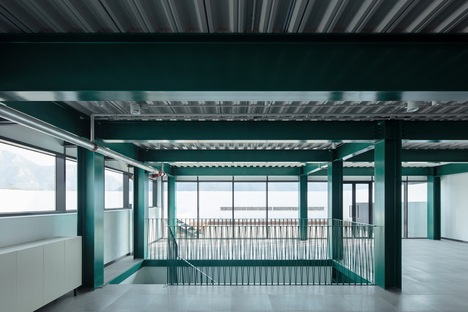 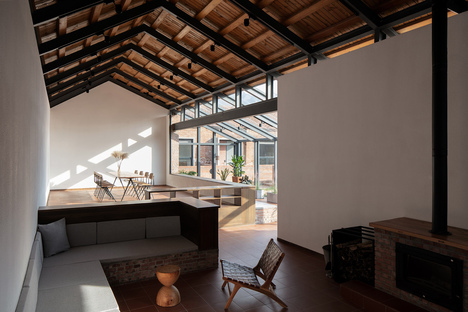