Observatorium and the KleinpolderpleinPARK Rotterdam

For a number of years, Observatorium - Rotterdam-based Dutch artists' collective - has been working on an urban redevelopment project called KleinpolderpleinPARK.

For a number of years, Observatorium - Rotterdam-based Dutch artists' collective - has been working on an urban redevelopment project called KleinpolderpleinPARK. Raising awareness of the transition of a highway intersection that can trigger major changes in the city underlining the spatial qualities and the cultural heritage of the place. 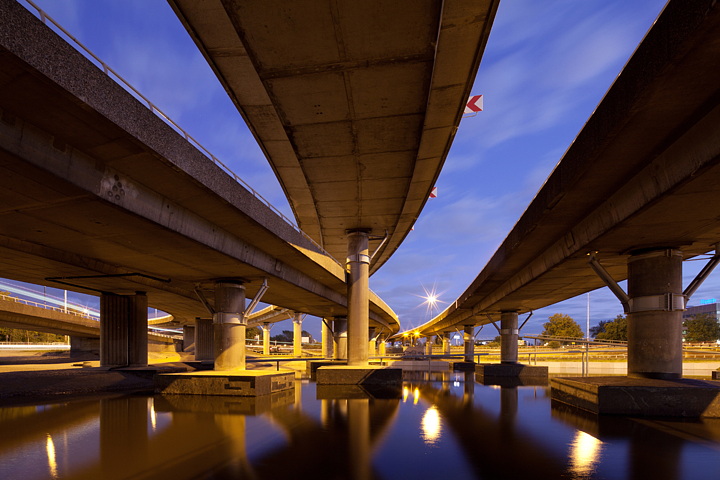 KleinpolderpleinPARK is an urban transformation project by Observatorium in one of the most traditional non-places à la Marc Augé, namely a highway intersection of the Rotterdam bypass not far from the port.

Underneath the highway is a space marked by massive concrete pillars holding up the major infrastructure, the complexity of which you can see in the model of 1968, the year this project was approved by the city of Rotterdam. Almost half a century later, the world has changed, and more importantly the urban mobility system is set to change even further in the near future, heading for electric vehicles and other sustainable options.

So the time is ripe for the community - and the city's governors - to start rethinking the concept of the Kleinpolderplein. 5 years ago Observatorium was commissioned to redevelop this intersection of the A20 highway “from space into a place”, with an artistic input rather than with drastic, costly measures like demolishing the gigantic infrastructure. Because here we have what is a true cathedral of modern times, a valuable artefact, the end result of engineering with a tangible proximity to art. So, Observatorium has been working on the transformation process of the Kleinpolderplein since 2011, and after the first step was accomplished the collective as citizens of Rotterdam decided to found a foundation to take the whole project further, turning it into KleinpolderpleinPARK in order to stress the new perception of this place. The president of the foundation, Arie Lengkeek is the former program director of ARI (Architecture Institute Rotterdam).
KleinpolderpleinPARK is a work in progress: the area beneath the A20 has been cleared, and on one side is a body of water with wild vegetation, on the other an outdoor art museum with a set of “orphaned” sculptures that have found a new home and that even have specific pedestals and lighting, like a real gallery. These spaces are still voted to their original destination as water retention and flood plein.

In any case, the real turning point for the KleinpolderpleinPARK has a specific date: 16 April 2016, when the A20 highway was closed to traffic and opened to citizens who could enjoy the fantastic views from this section of the highway (De Bocht, the curve) over the Rotterdam skyline, taking over the lanes normally reserved for vehicles - on foot, doing yoga, on horseback. The goal of this event was to show the community how many possibilities there are when you begin to see the urban fabric not as something that needs to be “recovered” but as something that can be simply used differently. A low-cost, extremely efficient initiative, and it's no coincidence that Rotterdam has approved the new name: KleinpolderpleinPARK.

Andre Dekker, member of the Dutch artists' collective, Observatorium is the scientific and artistic director of “The City and the Water”, a workshop organised by DESTeC (University of Pisa) in Seravezza, Versilia, a golden opportunity to find out more about this design idea. 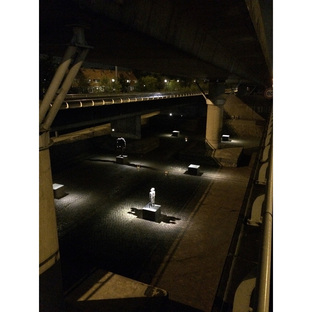