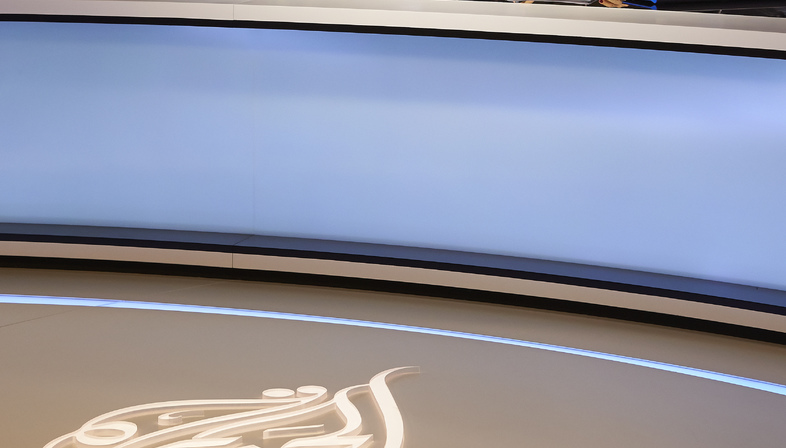 Veech x Veech, Austrian architecture and design firm that specialises in projects for television networks, has designed the new Al Jazeera Media Network (AJMN) newsroom and broadcasting studio in The Shard, London. Bringing together communication and predetermined architectural spaces poses a real challenge.
Brand Identity and Visual Communication are the key words of the latest project by Austrian firm, Veech x Veech. For years now it has specialised in creating spaces for television networks, providing the focus not only for broadcasting news and information but also for the image of the actual broadcaster, in this case Al Jazeera Media Network (AJMN). 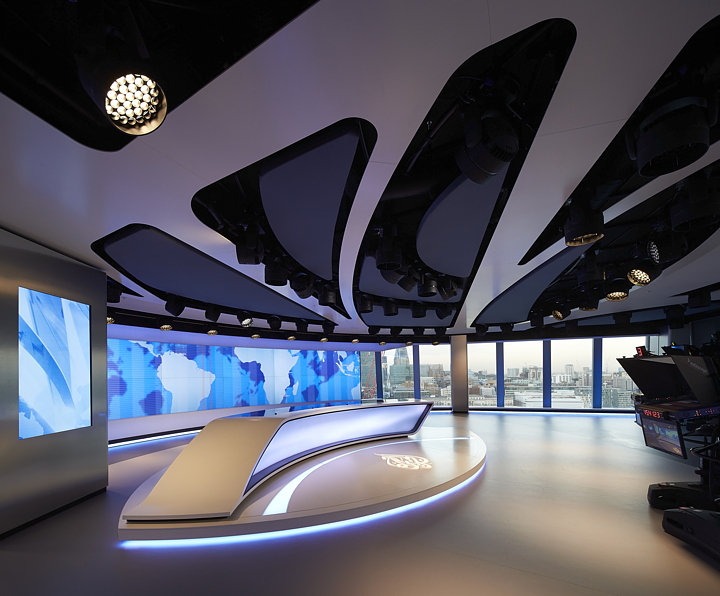 An important name headquartered in the iconic, Renzo Piano-designed The Shard skyscraper. Indeed, the most complex part of the challenge to the Veech x Veech designers was the studio's location in The Shard both because it was designed for open-plan offices and has 2.8-metre high ceilings, against the usual 4.5 metre ceilings required for broadcasting studios.
In order to improve the perception of the studio during broadcasting, despite the low ceiling height, Veech x Veech worked with a complex system of structural beams to create a very striking space. The architectural design is supported by the most sophisticated lighting technology, also required because of the floor-to-ceiling windows. This technology was integrated into the overall design of the AJMN spaces, and desk workers were positioned where they could benefit most from the natural light.

Truly cutting-edge spaces for television broadcasters have been created in The Shard, thanks to the visionary approach of Al Jazeera Media Network in general and of Patrick Bedeau, Al Jazeera Global Art Director and the AJMN Creative Division in particular. A connection between the television broadcasting project and the interior design project by Veech x Veech that used high-end technology and Visual Communication to get across the Brand Identity of AJMN, stressing Al Jazeera's close ties with architecture and design.
Ties emphasised by the fact that British duo Hufton + Crow were tasked with taking the photos of the studio and offices - talking about branding done well! 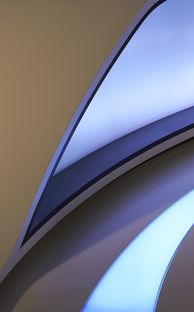 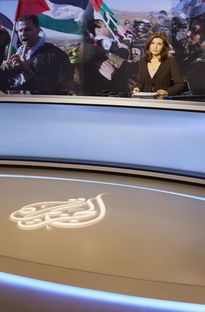 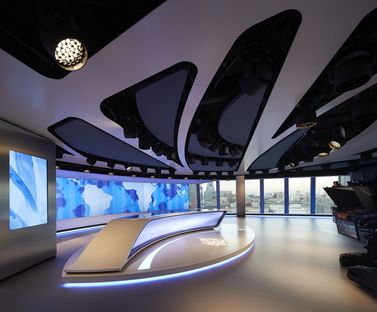 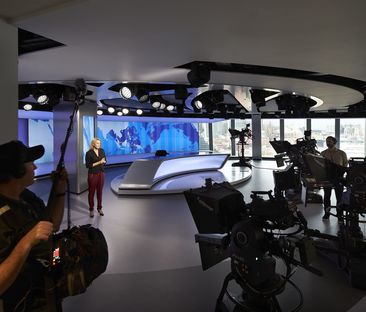