Seattle-based mwworks has received the 2016 Northwest and Pacific Region Emerging Firm Award from the American Institute of Architects (AIA). 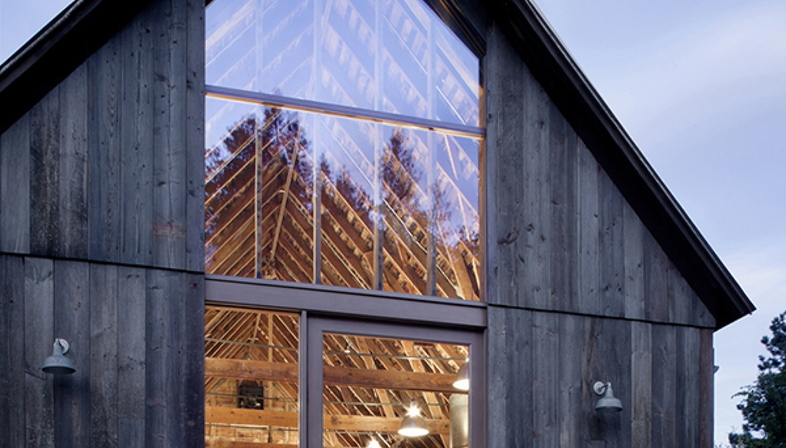 Seattle-based mwworks has received the 2016 Northwest and Pacific Region Emerging Firm Award from the American Institute of Architects (AIA). The award recognises the design approach of Steve Mongillo and Eric Walter, and here we're showcasing their Canyon Barn, which won a Merit Award as part of the AIA Honor Awards for Washington, 2013.


The modus operandi of studio mwworks - that our readers already know (House in Nature) - is the result of their great attention to the natural environment, combined with exploration of materials and artisan know-how.
Their Canyon Barn - the conversion of a barn in the “eco-region” of the Eastern Cascades Slopes and Foothills in Capitol Hill, Washington State, USA - was renovated with great respect for the original building and for the environment.
Steve Mongillo and Eric Walter have created a warm, welcoming house, using local materials; siding, panelling, flooring, even fixtures and doors were sourced from either the original building or salvage yards. A choice that is both environmentally sustainable and economically sensible, and it helps retain the rural spirit of the house.
The visually striking fireplace and metal staircase leading to the mezzanine were both custom made by local artisans.
And of course, improvements were made in line with the new needs, including large windows to open the building up so it engages with the majestic nature surrounding it, the real star of this restoration by mw works that won now the 2016 Northwest and Pacific Region Emerging Firm Award from the American Institute of Architects in recognition of their overall work. A strong sign in the direction of architecture that combines sustainability, beauty and artisan know-how with genius loci. 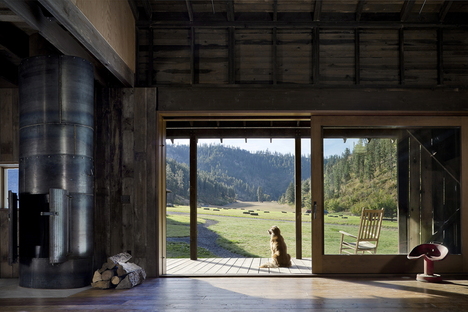 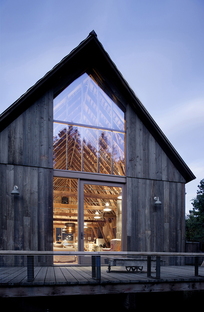 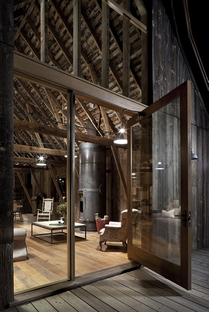 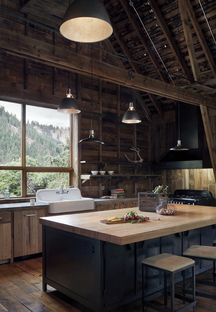 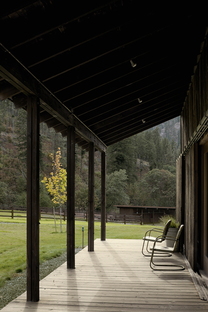 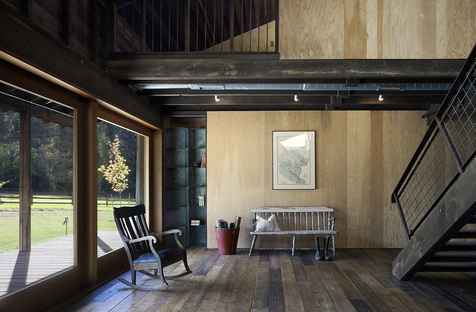 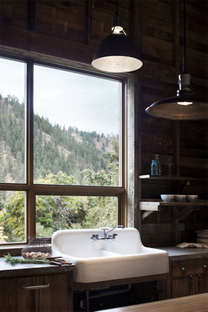 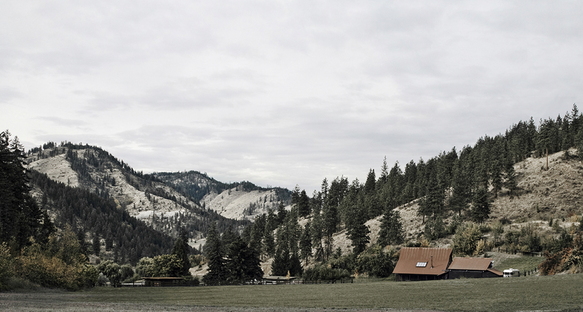 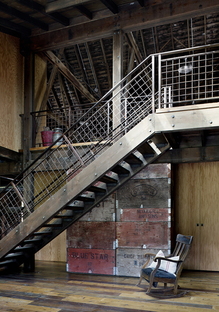 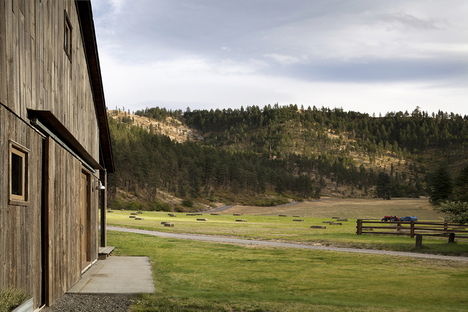