Meow Wolf’s Omega Mart permanent installation in Las Vegas is an invitation to an interactive artistic experience in which participants explore an unusual supermarket exploding into surreal worlds and unexpected landscapes. 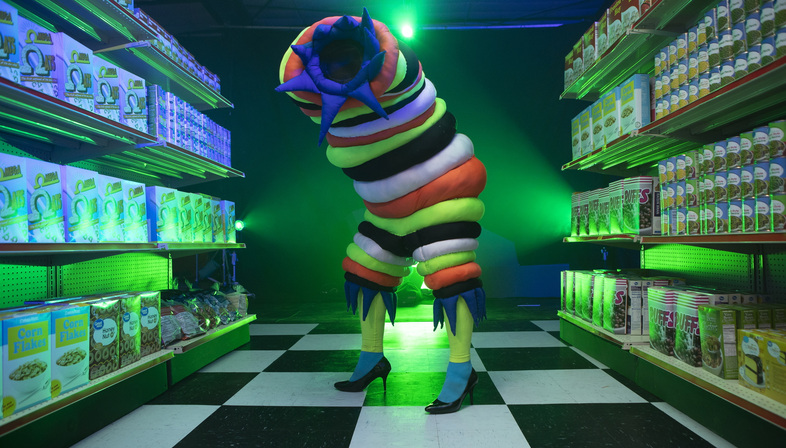 The supermarket has become one of our most frequent destinations outside the home in the past year. While supermarkets were popular even before the pandemic, restrictions on movement and leisure activities have made “grocery shopping” one of the few non-virtual thing we can do during lockdown.
But the second permanent installation by Meow Wolf, an arts and entertainment group founded as an arts collective in Santa Fe, New Mexico, in 2008 which now has more than 200 partners, is not a response to the pandemic. The collective’s two founders, Emily Montoya and Benji Geary, have been working on the project for more than 12 years, and Omega Mart, which opened in February, is their third installation of this type.
Omega Mart is located in the new Area15 commercial and cultural complex only minutes away from the Las Vegas Strip, which deserves an article of its own. At first, Omega Mart might look like just another supermarket, with its shelves displaying ordinary food products; perhaps a bit more “glamorous” than usual, as one might expect in Las Vegas. But closer inspection reveals that the supermarket also has more than a hundred custom-made products, bizarre artworks with intriguing names such as “Plausible Deniability Laundry Detergent”. Shoppers venturing among the supermarket shelves enjoy a spatial and sensory adventure, discovering secret portals hidden, for example, behind the soft drinks fridge, which, like the wardrobe leading to Narnia, provides access to parallel worlds like the “Projected Desert”. The rooms making up this psychedelic world of art and immersive story-telling include "Pulse", a work by Venezuelan artist Claudia Bueno combining light, painted images and sounds in a brilliant spectacle.
What looks like a big theme park for all ages has an important basis in sociology, especially in view of the role of grocery stores in moulding our personality in an ongoing exchange between product and consumer. Montoya says: “ That is always endlessly fascinating: what stories we tell to ourselves, culturally, being reflected on the shelves in so many different ways.”. A critical reflection, presented in a playful way.
Omega Mart contains a total of 60 different spaces divided into four theme areas, all to a soundtrack of Brian Eno, Santigold and Beach House.
More than 325 artists and other partners contributed 250 unique projects.
The installation is accessible in accordance with the anti-covid regulations of the state of Nevada, limiting the number of visitors to 25% of the store’s capacity and automatically disinfecting the three big slides after each use. The web is the only other way to allow yourself to be carried away into Meow Wolf’s colourful parallel universe, unless you want to go looking for secret doors down the pasta aisle of your favourite local grocery store, that is! 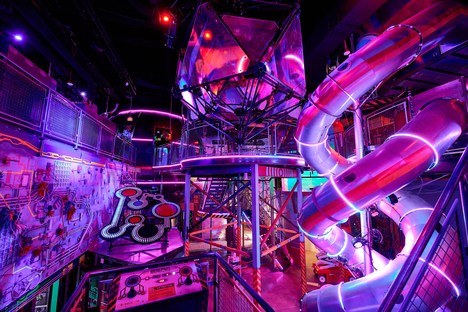 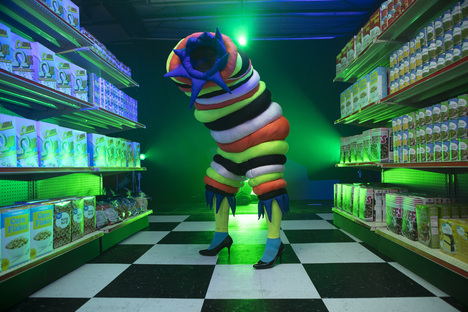 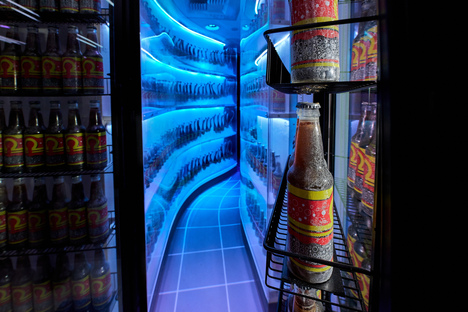 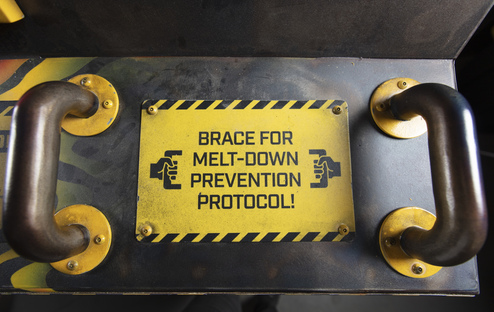 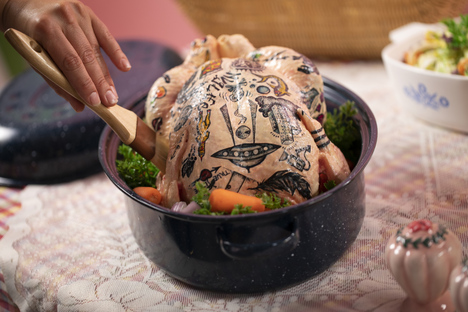 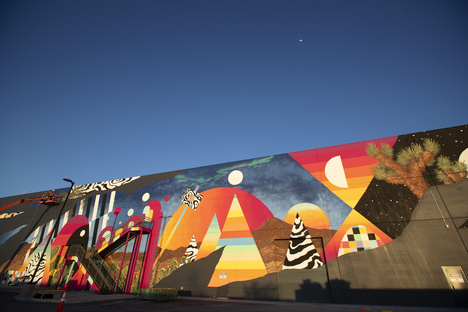 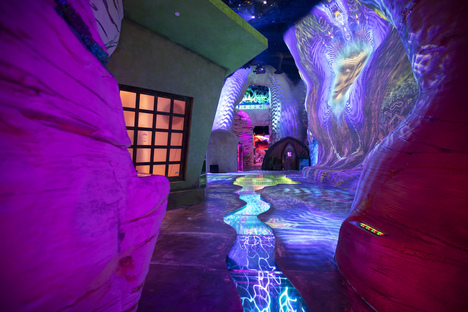 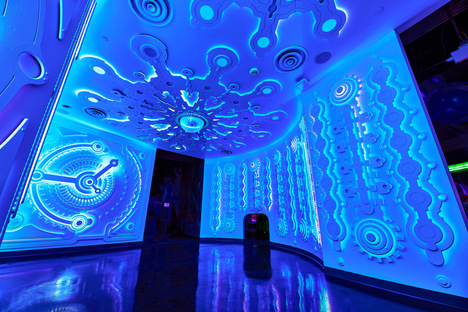 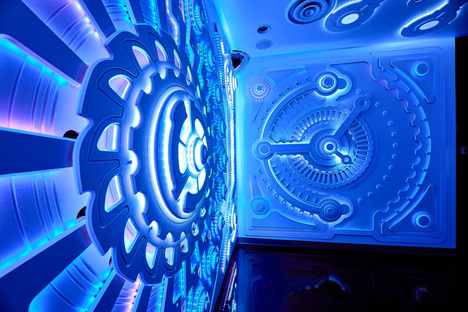 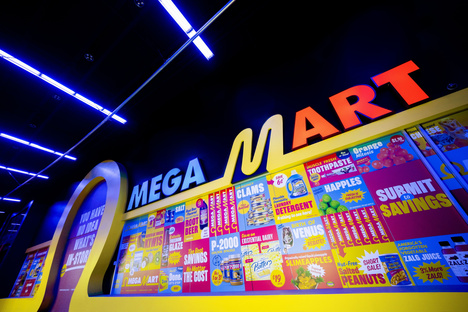