Marronnier Park in Seoul is an urban gathering place that has been redesigned by Korean architecture firm METAA to reinforce its status as a public park. 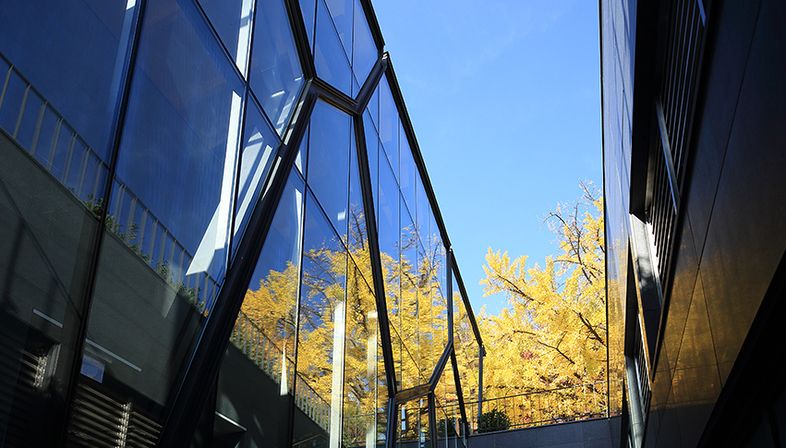 Marronnier Park in Seoul is an urban gathering place that has been redesigned by Korean architecture firm METAA to reinforce its status as a public park. A very popular spot for locals, particularly students from the nearby university. 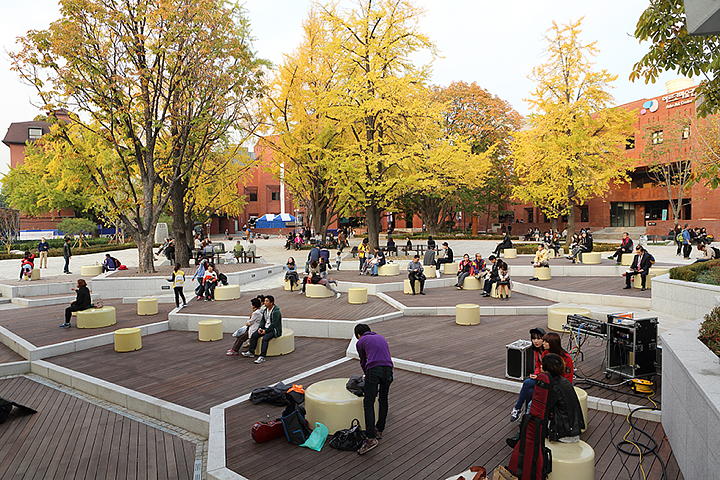 A city park, or rather an urban meeting point, structured around a large horse chestnut tree that gives “Marronnier Park” its name. 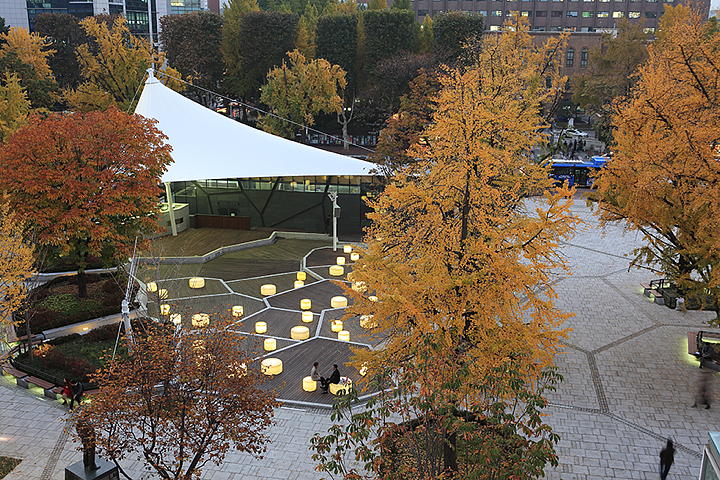 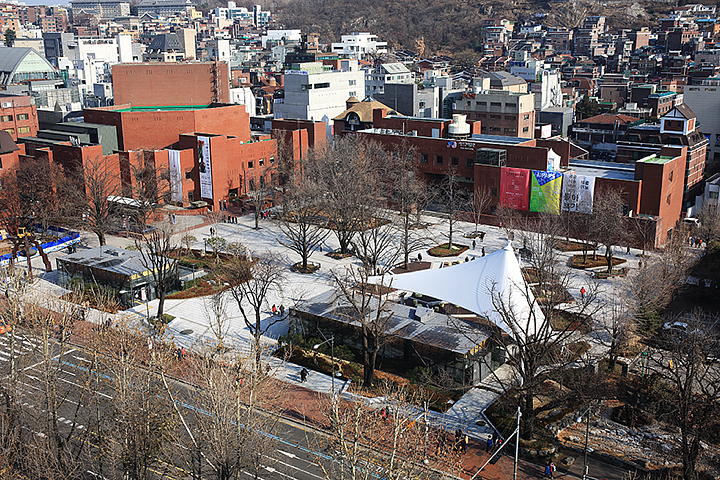 The park is a very popular destination, particularly at weekends where it provides a free showcase for all kinds of art – painting, music, theatre – and sports activities. It has been redesigned by METAA perarchitecture firm to turn it into a park for the whole city and to give it a visual identity. 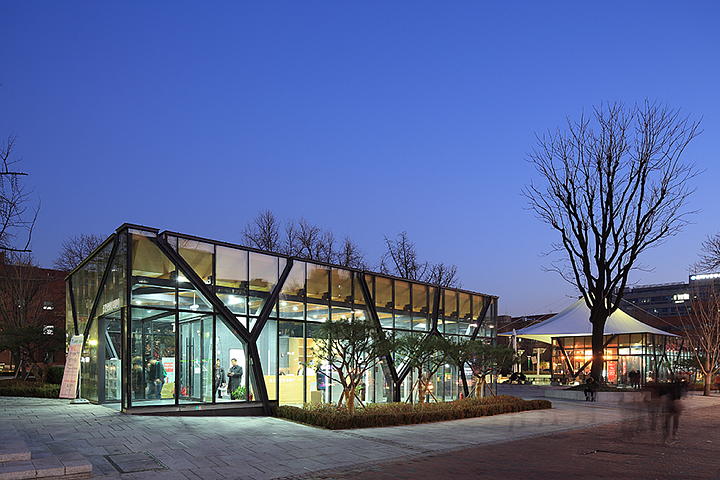 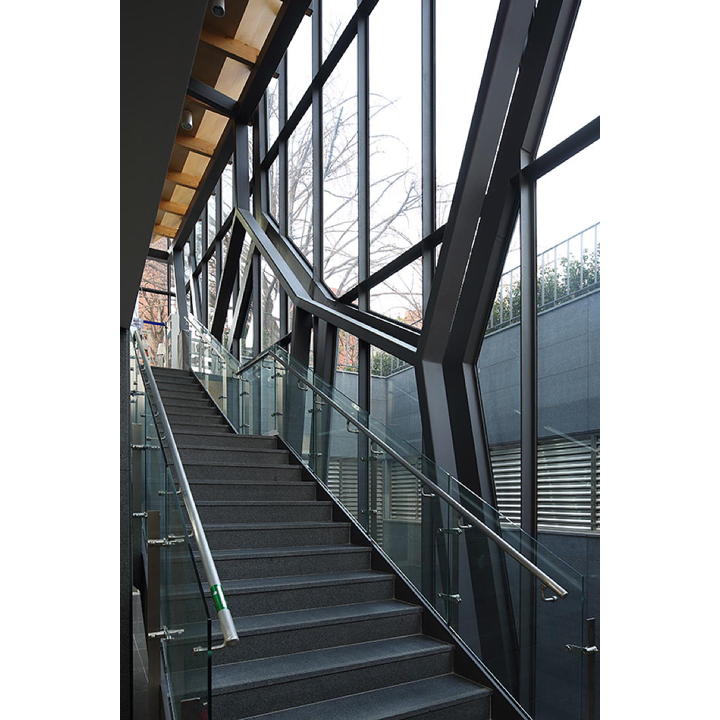 The first thing the METAA team did was clean up some of the existing but superfluous facilities, only keeping an outdoor theatre, information centre and restrooms. Then they analysed the nature and structure of the space using a Voronoi diagram (link to Wikipedia) to set up the park mechanism – from the trees through to the whole park area. 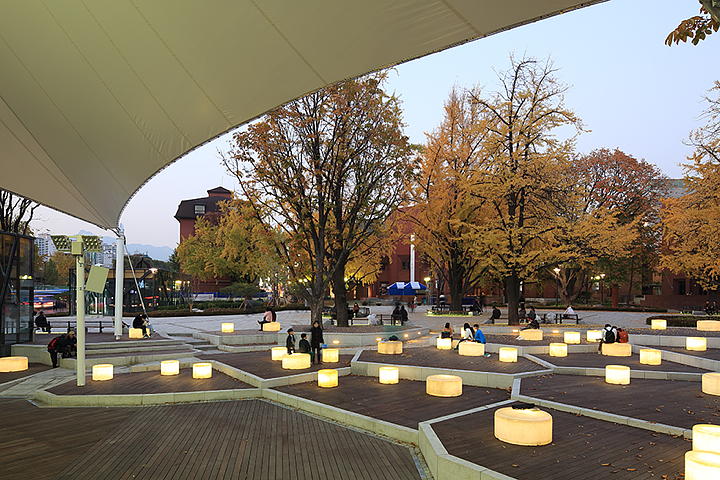 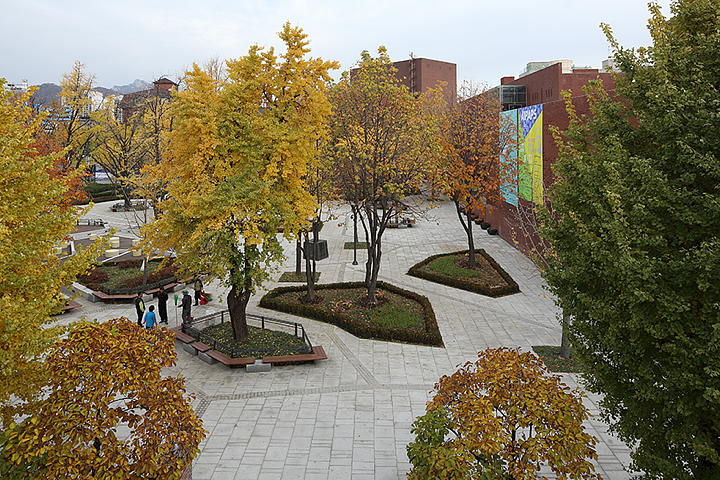 The polygonal patterns that emerged from the application of this mathematical diagram are referenced in the park: the floor of the outdoor theatre is partly made from wooden planks and urban furniture, other parts of the park have stone paving that extends to the street to emphasise the continuity of the city and park. 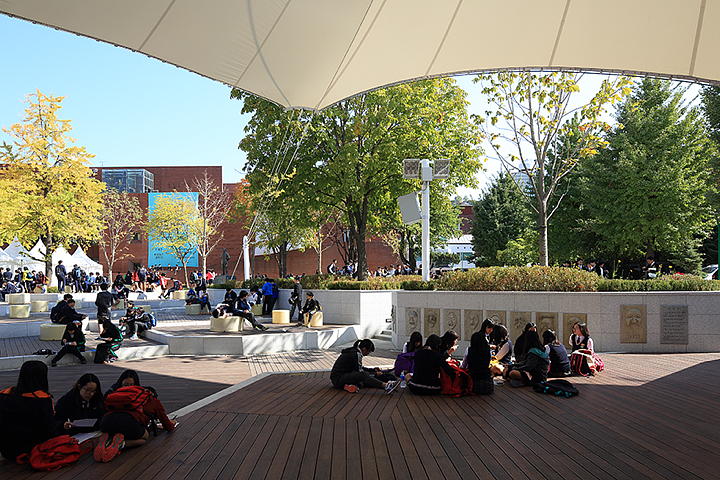 Thanks to the urban design and landscaping by METAA, Marronnier Park now looks brand new, in line with the growing needs for real sharing of the city’s activities and testimony of the great appeal of this urban park. 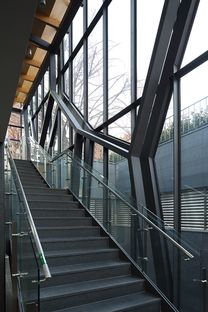 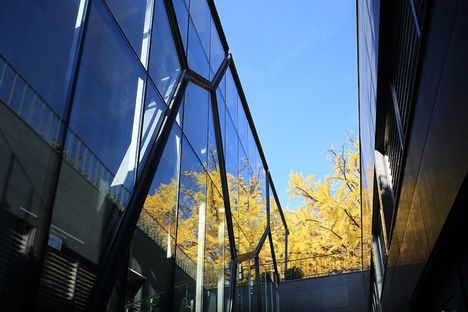 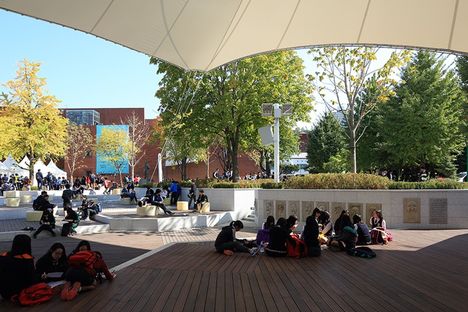 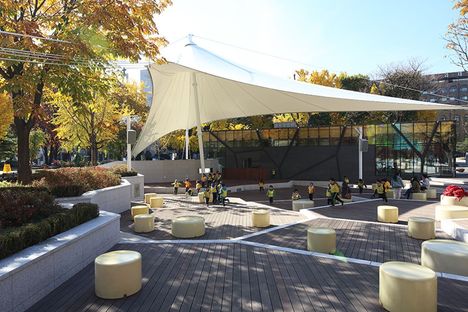 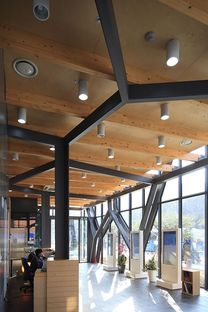 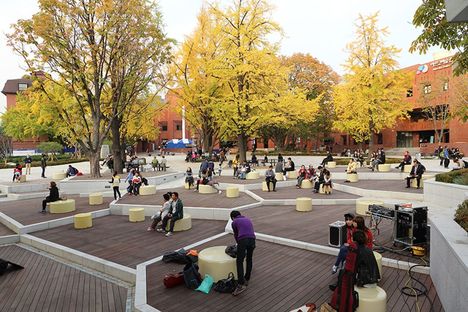 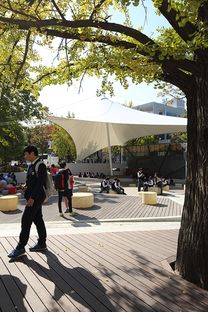 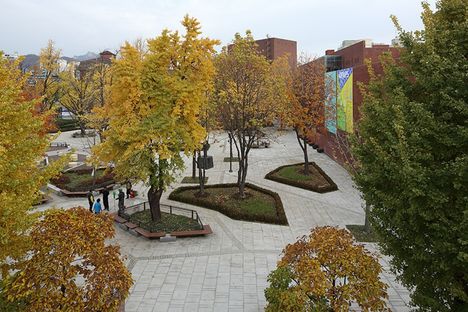 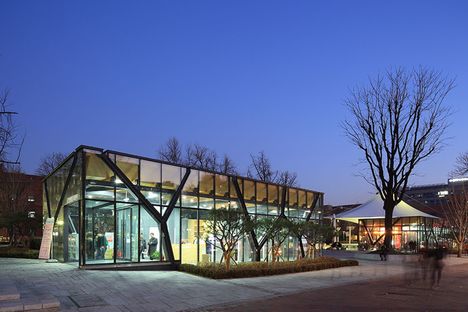 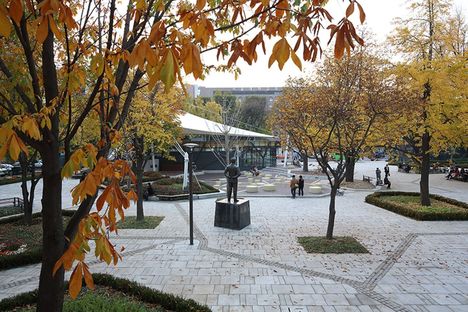 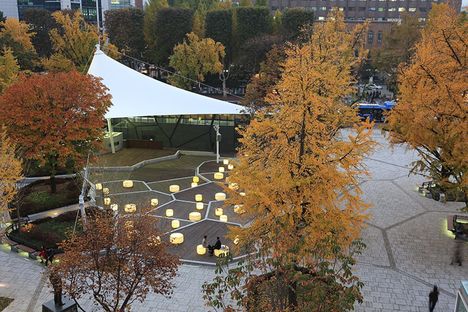 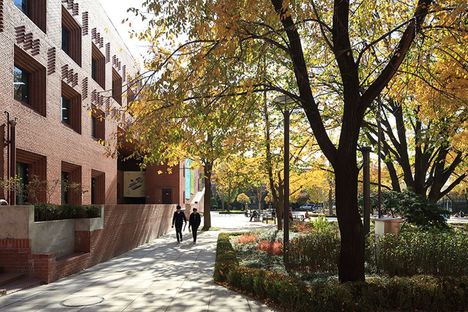 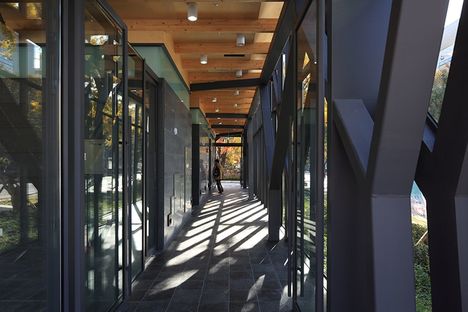 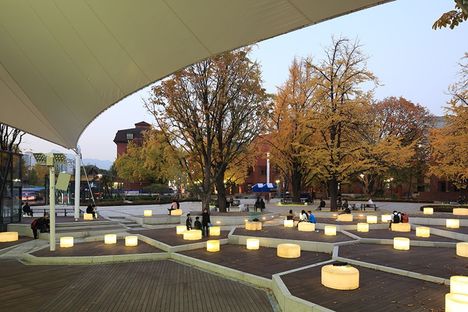 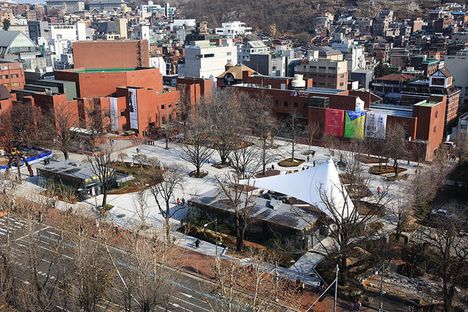