Paris is building again and is open to new approaches towards urban development. 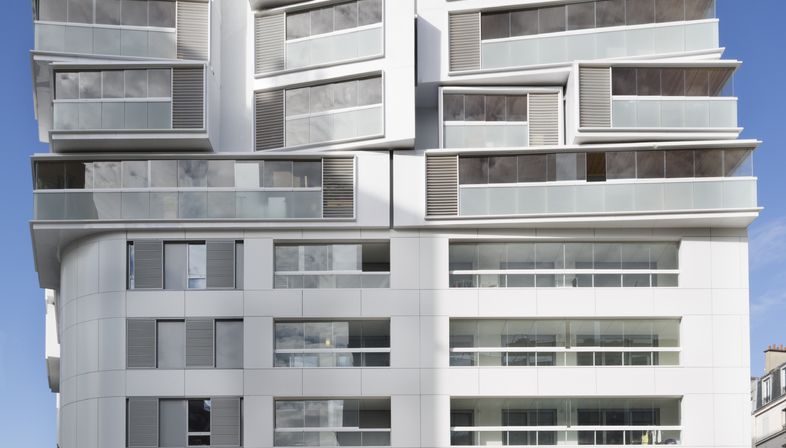 Paris is building again and is open to new approaches towards urban development. The Macrolot E10 project stands in the ZAC Clichy-Batignolles area near Saint-Lazare station, where four architecture firms developed the project along the lines of a workshop model, to create a new neighbourhood intended as an “urban landscape” in the city. 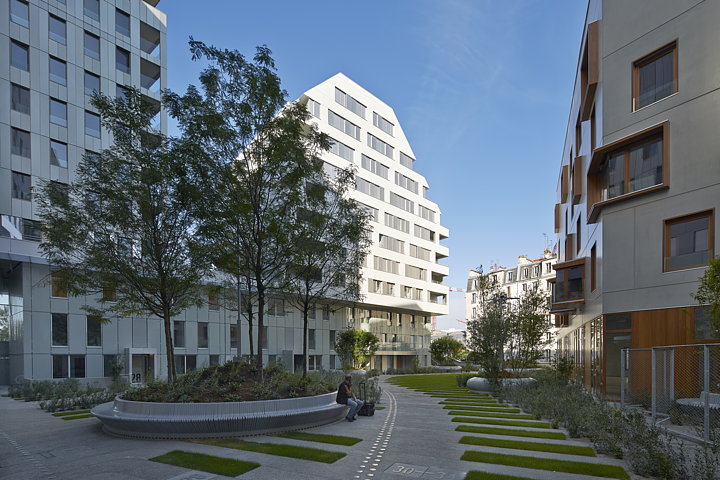 What is the sum of 1+1+1? 1 if you like, as we can see in the Macrolot E10 project, in Zac Clichy-Batignolles, Paris, where the city council is constructing a new neighbourhood centred around Martin-Luther-King park and the new regional court designed by Renzo Piano. 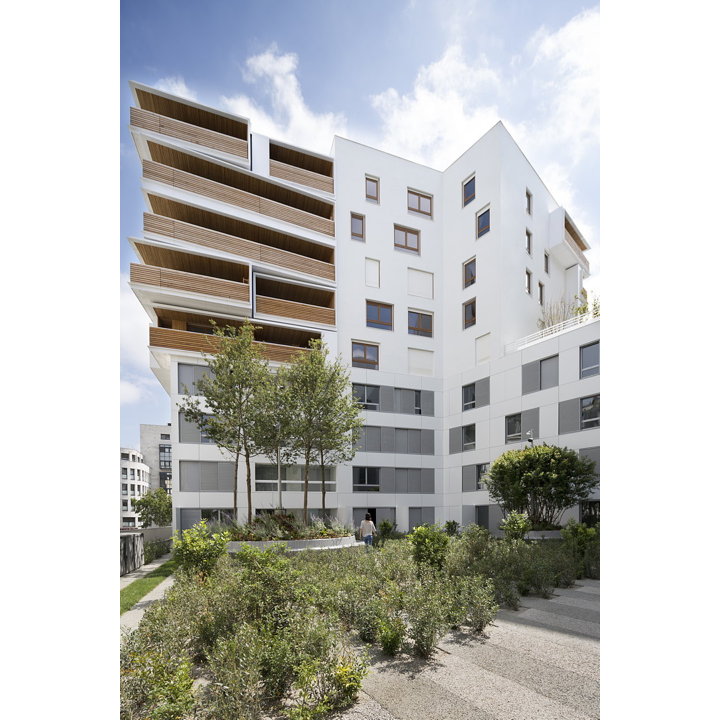 Four architecture firms - toa, aasb, maast and david besson-girard - worked together on Macrolot E10 to create a mixed-use complex, using a workshop approach in order to come up with a complex that is as harmonious as it is diverse. 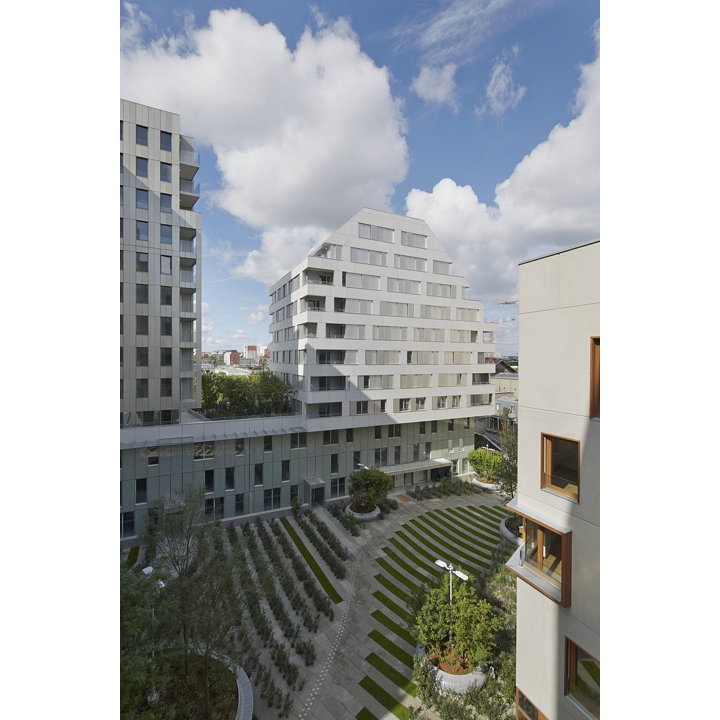 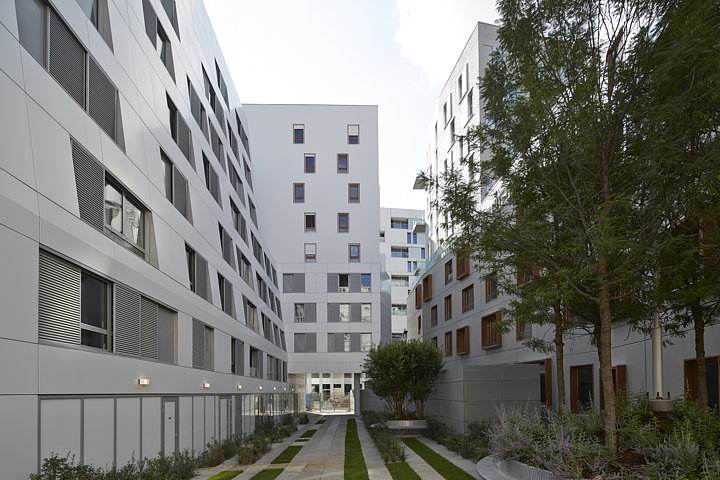 The architects together established a common floor plan and the style of the three volumes that make up Macrolot E10, including the landscape design. The complex is home to social housing units as well as apartments designed for the open market, a retirement home, offices, shops, a green area and a car park. 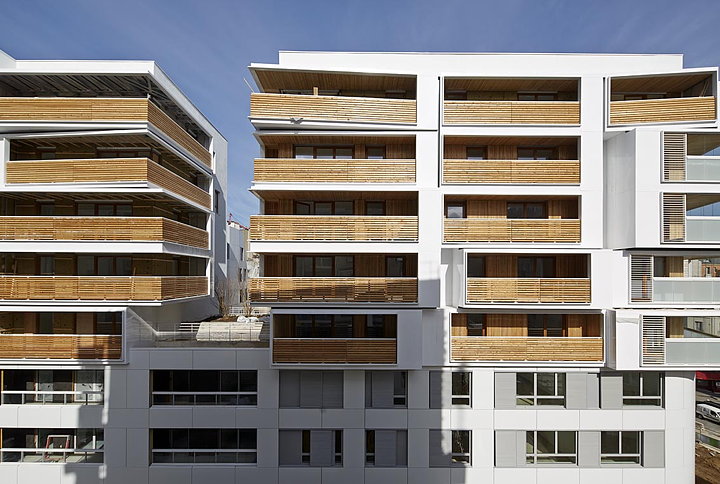 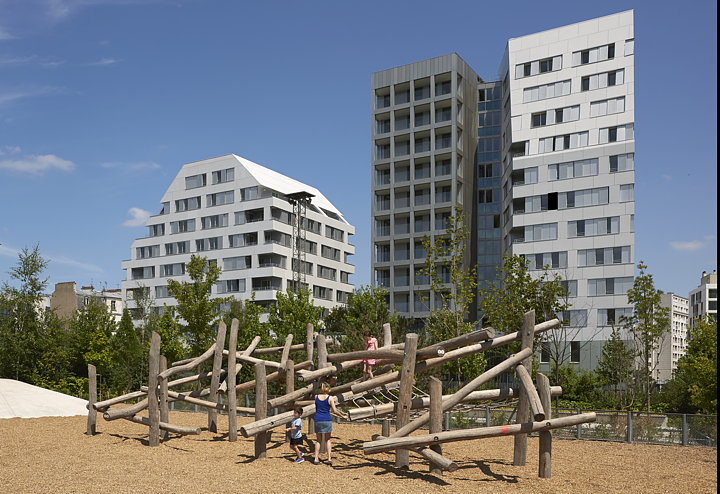 Each firm has expressed its own way of creating architecture based on the foundations that were developed as a team. maast architectes designed the volume on lot E10A, which stands on the corner of Avenue de Clichy and rue Gilbert-Cesbron, visually engaging with the existing historic neighbourhood and opening onto a central garden. The building designed by aasb houses the retirement home and apartments and leads to lot E10 B1, by toa. These are separate, high-rise volumes (the tallest is 37 metres high) distributed around Martin-Luther-King park. 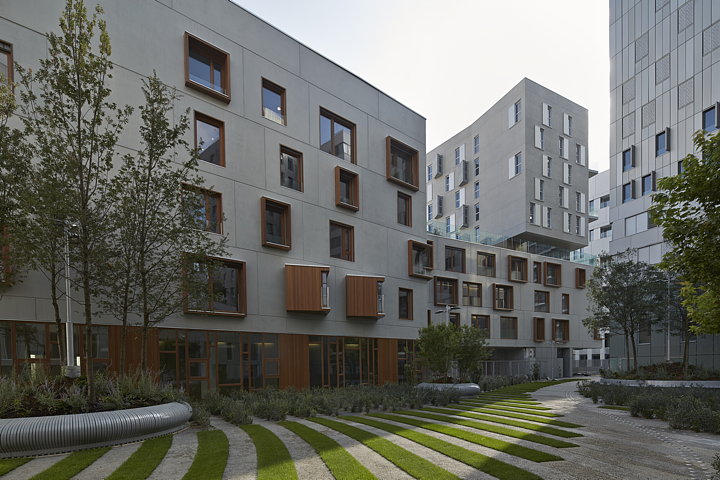 For its part, David Besson-Girard was responsible for the landscape design, exploring the issues of sharing and using, enhanced by vertical rhythms and horizontal continuity.
The striking thing about Macrolot E10 is the harmony found in its diversity: the fact that the firms worked together to create a multipurpose complex designed for users and not just a manifestation of a range of architectural egos with the “collection of styles of contemporary architecture” effect, is something to be appreciated these days! 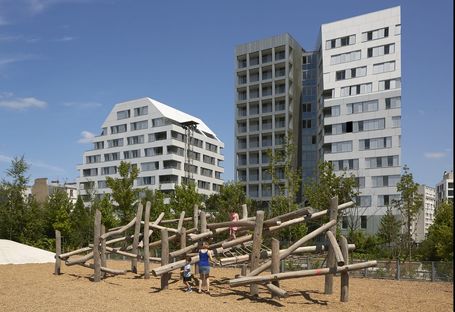 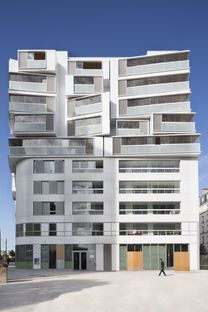 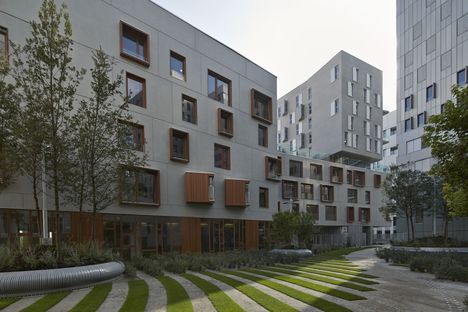 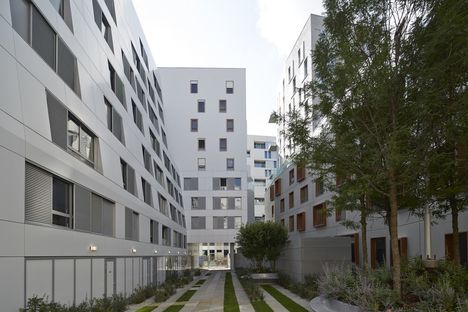 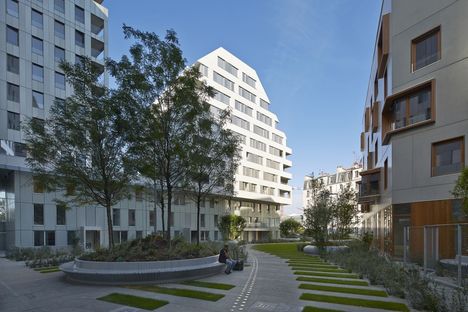 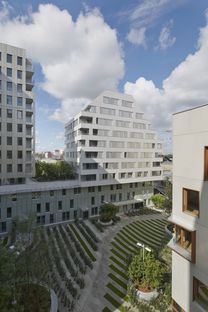 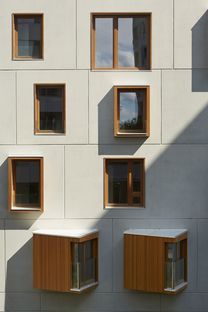