M9, urban regeneration in Venice Mestre at the 2018 Architecture Biennale

M9 is the name of the new urban regeneration district in Venice Mestre designed by the Berlin-based architecture firm Sauerbruch Hutton. 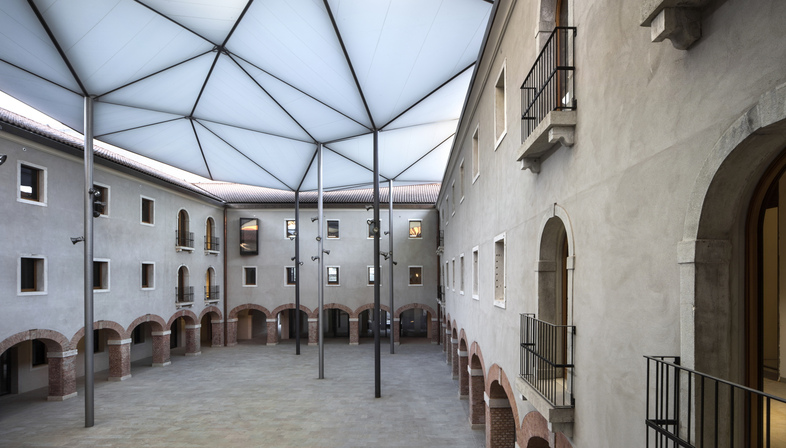 M9 is the name of the new urban regeneration district in Venice Mestre designed by the Berlin-based architecture firm Sauerbruch Hutton. The importance of this initiative is demonstrated by its presence at the Corderie of the Arsenale in the FREESPACE exhibition for the 16th International Architecture Exhibition - La Biennale di Venezia.


When you cross the threshold of the Corderie and start walking through the large, softly lit space, numerous architectural and urban projects grab your attention. The M9 is one of these, selected by Biennale curators Yvonne Farrell and Shelley McNamara precisely for its urbanistic value in a rather complicated context like Venice Mestre.
M9 is the new urban regeneration district in Venice Mestre designed by the Berlin-based architecture firm Sauerbruch Hutton. Here, Fondazione Venezia has invested a great deal in the relaunch of mainland Venice, and its special purpose vehicle, Polymnia Venezia was responsible for the construction and development of M9. This large-scale work is slated to open on 1 December 2018 and it very innovatively combines a multimedia museum of the Italian 20th Century with cultural and technological innovation, retail, entertainment and other facilities. All of which incorporates sustainable design solutions: geothermal pumps are used to produce 100% of the energy needed for heating and 40% for cooling, and rooftop photovoltaic panels produce an average of 86,000 kWh of solar power per year.
The concept of the project in the centre of Mestre is to forge a bridge between past and present. Seven buildings form this City District, three of them new, the main one being the museum; then there is the refurbished former late-16th-century convent and the 1970s office building that has undergone a makeover, for a total of 9000 square metres. This is how M9 connects with the past, giving back to the city a FREESPACE, an area that until now was not fully appreciated. This result was also achieved because Sauerbruch Hutton focused a great deal on the urban context. Indeed, the revised road and pedestrian layout in the historical centre of Mestre reunites new parts of the town that did not interact or that the community could not access. This sensitivity is also expressed in the thirteen colours of the cladding used for the facade, which are reminiscent of those of the neighbourhood.
M9 is a project that goes way beyond the idea of a traditional museum to offer a wide range of complementary cultural and retail opportunities, which form the foundation for an innovative combined relationship between culture and leisure that is only just finding its way to Italy. M9 can be rightly ranked as one of the biggest innovative urban regeneration projects in Europe, where culture, in its various forms and brought to a truly wide audience, becomes the driver of social change.
An importance also emphasised by the presence of the M9 at FREESPACE for the 16th International Architecture Exhibition - La Biennale di Venezia, where it is represented by OXYMORON, a warm, double-height wooden volume that recreates elements of the building's iconic coloured façade. 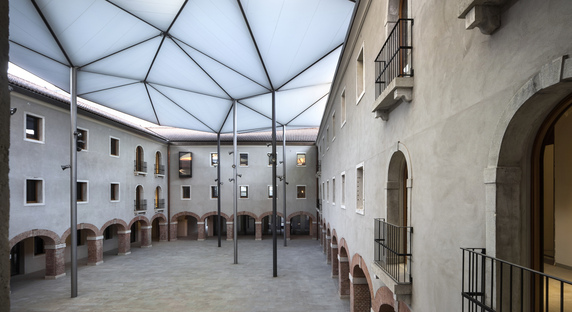 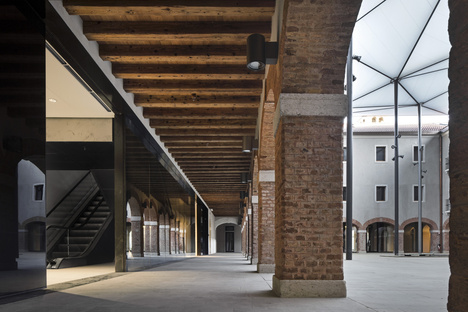 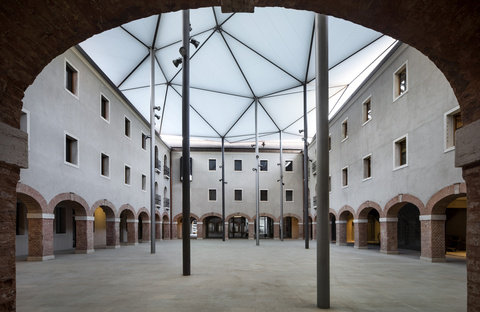 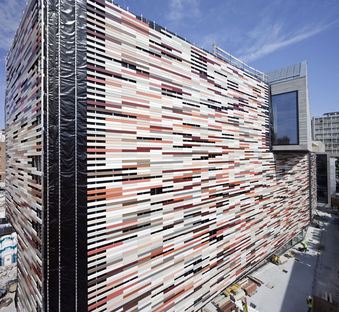 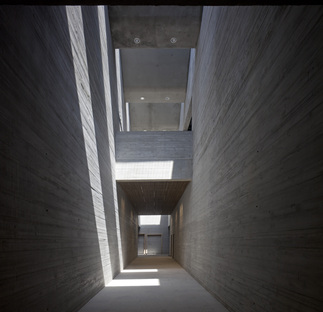 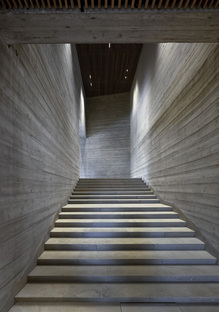