Public art has proved to be an important driver for urban planning. 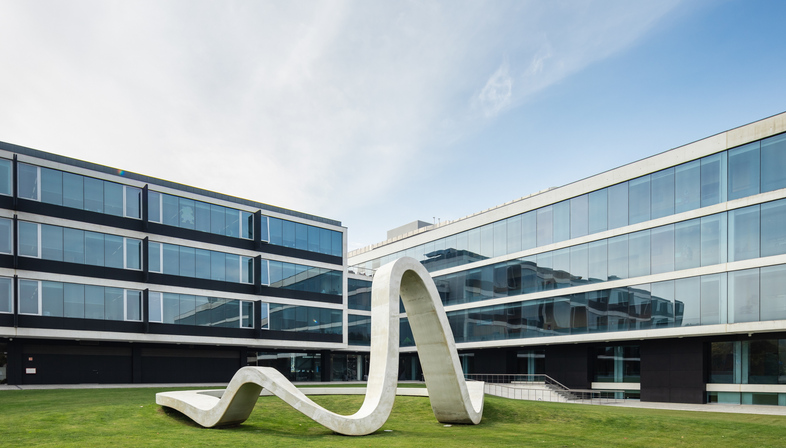 Public art has proved to be an important driver for urban planning. LOOP, urban decor and sculpture designed by FAHR 021.3 for the 10th anniversary of the Science and Technology Park of the University of Porto (UPTEC) stems from this consideration.

UPTEC, the Science and Technology Park of the University of Porto was established to support the transfer of knowledge between the university and the market. The science and technology hub is the concrete expression of the desire for a fruitful exchange between the worlds of academia and business and fosters the creation and growth of technological, scientific and creative start-ups and companies.
UPTEC has now existed for ten years and to celebrate this milestone it approached the young, Portuguese creative studio FAHR 021.3 to craft an iconic, commemorative element for the garden area in front of UPTEC's central offices. The aim of the sculpture is to foster encounters, the exchange of ideas and, at the same time, it is a physical reminder of the institution's commitment to engage with the outside world and symbolises its innovative spirit.
A challenge to be viewed in the broader context of the landscaping project for the Asprela Campus Park, created between 2011 and 2015 to foster the redevelopment of the green spaces located between the Engineering Faculty (FEUP) and the Economics Faculty (FEP) of the University of Porto (U.Porto) in Paranhos, Porto. This project covers an area of approximately 3 ha (29 953.57 m2), and it included abandoned and cultivated spaces, farm buildings, most of which were uninhabited and in an advanced state of disrepair, university buildings, the remains of an old alley, an improvised parking lot and a channelled and covered waterway.
FAHR 021.3, therefore, proposed a sculpture that on the one hand would celebrate the anniversary of the UPTEC and on the other would also become the symbol of the actual park it has been installed in. The architects first set out to find a shape that would act as a focal point in Asprela, a campus with a high concentration of healthcare and educational facilities, which generates a constant flow of people who, however, merely pass through because the public space lacks any points of interest to engage them.
So they came up with LOOP, a kind of circular concrete bench and organic sculptural structure combined, suggesting that repetition is never the same, as the ancients used to opine. LOOP stands boldly but lightly on the green lawn; it awakens interest and stops you in your tracks providing a comfortable bench and meeting point as the occasion warrants. So, it sets up a new opportunity for passers-by to engage and interact with the landscape and the urban environment that was lacking up until now.
The absence of trees and even shade from the sun is a deliberate choice of the architects: this is a sculpture, a piece of public art and as such the idea is for it to leave its mark as well as to be proactively used, an invitation to think about how we perceive our landscape and urban environment. Often the basis for this perception lies in a visual appearance that consequently leads to the community taking over the space. 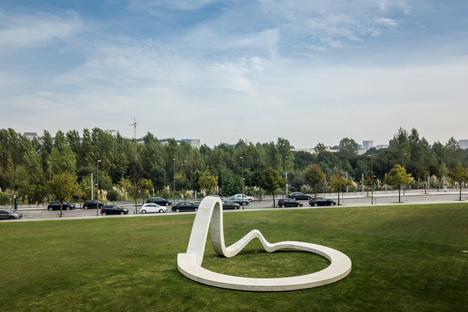 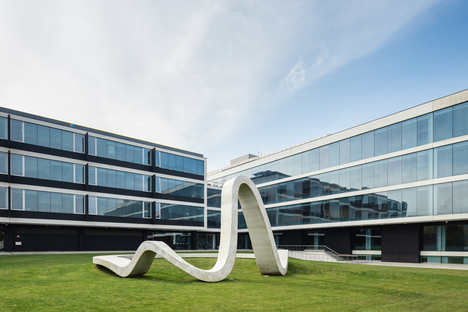 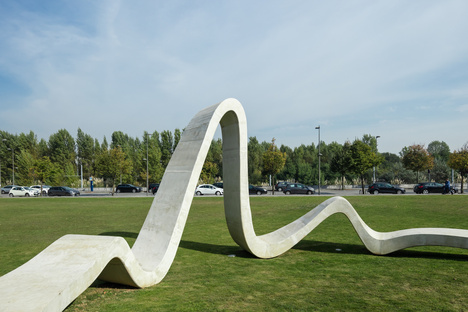 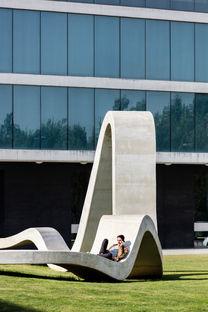 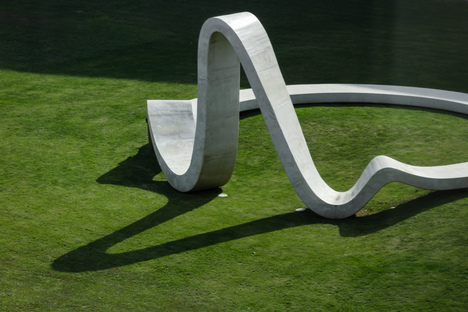 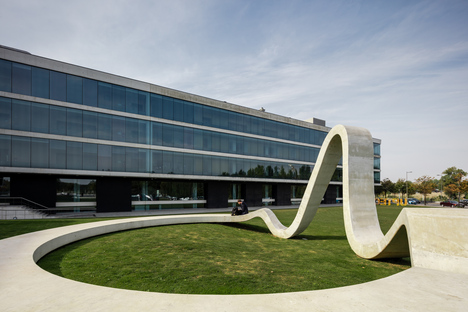 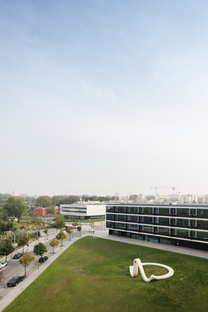 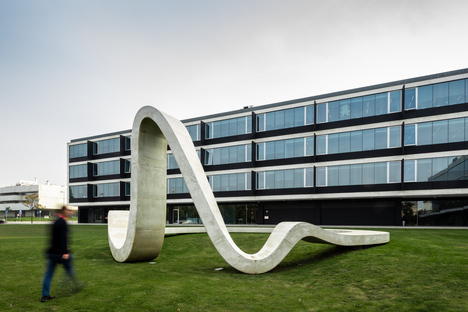