Landscaping in the centre of Oslo: Schandorff Square, Østengen & Bergo AS 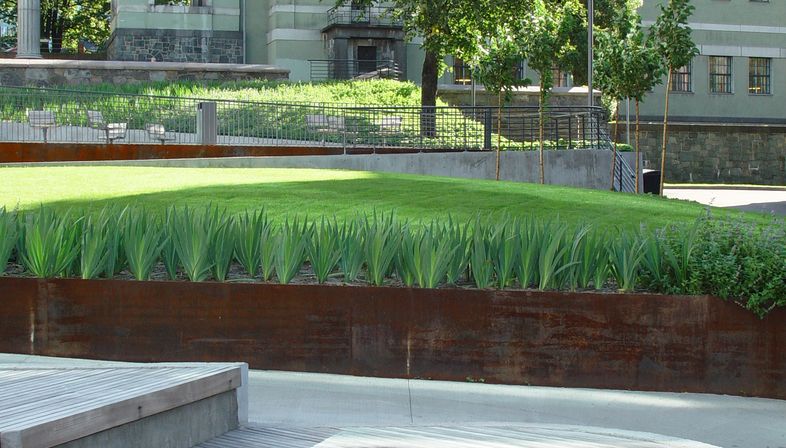 Thanks to the Norwegian firm, Østengen & Bergo AS, what was once a dead end street car park has now been given new life as an urban space connecting various areas of the centre. 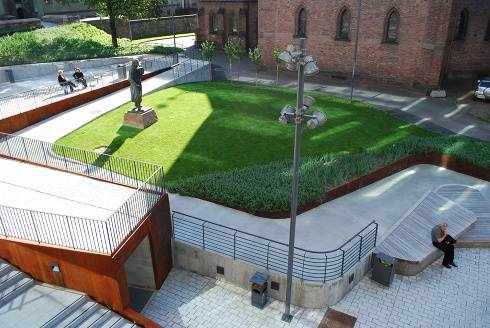 Schandorff Square is surrounded by a few of the most well-known places in Oslo with Trinity Church in the south and the Deichman Library columns in the east. 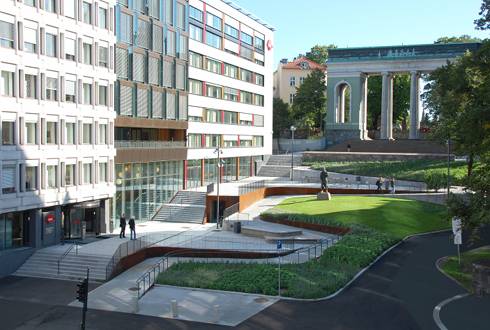 A distinguishing feature of the square is the seven metre height difference between the two adjoining streets. A specific requirement was to cross the area without barriers, in other words, without stairs. 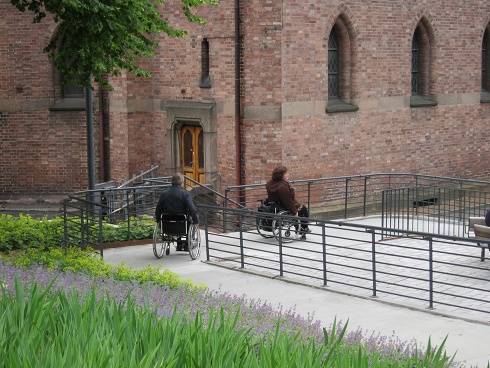 The walkway, built like a concrete ramp, follows the curves of the land and is punctuated by several small seating areas, flower beds and weathering steel containment walls. The simple, sober changes brought about by this project have produced a green area for everybody. 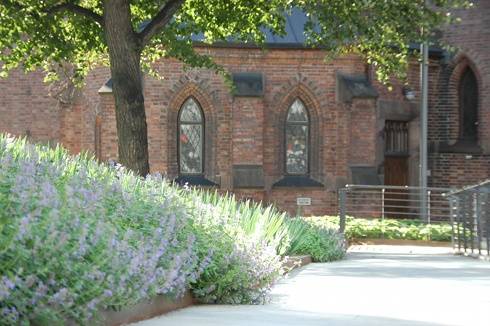 Two large trees, conserved through the construction period, combined with the flowerbeds result in a harmonious spot to be discovered and enjoyed. All this in the centre of the city where the greenery of the lawn enhances the view from the overlooking church. 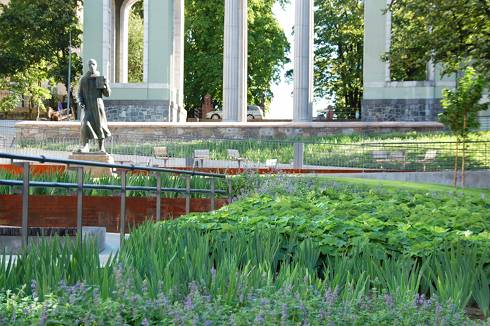 This landscaping project has turned an almost forgotten place into an urban environment for community use. 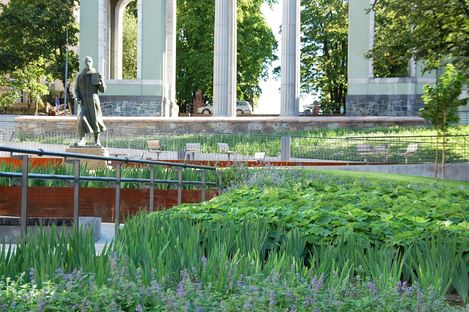 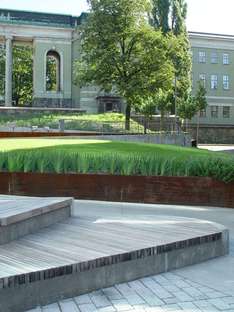 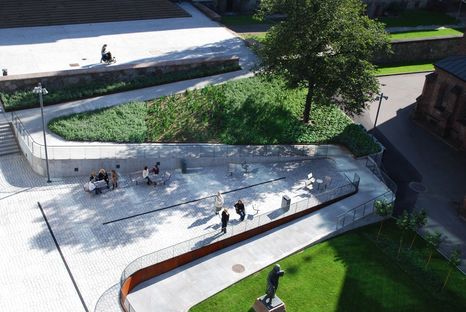 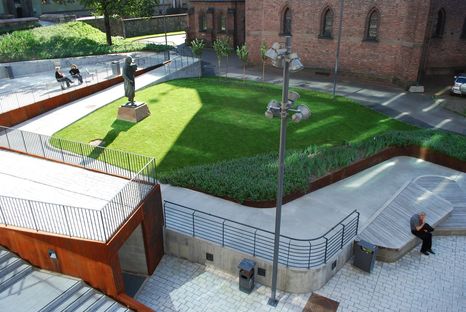 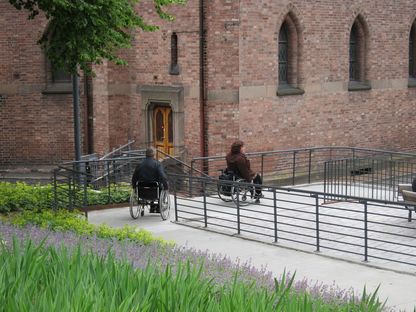 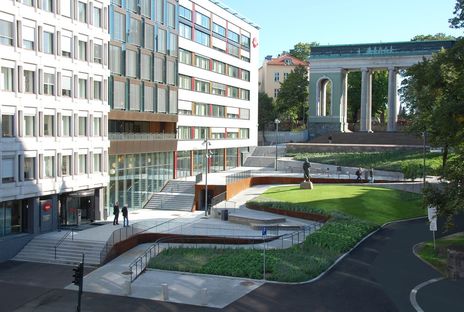 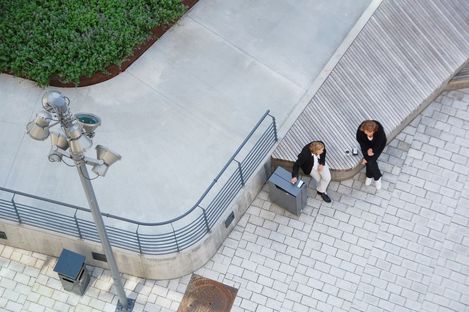 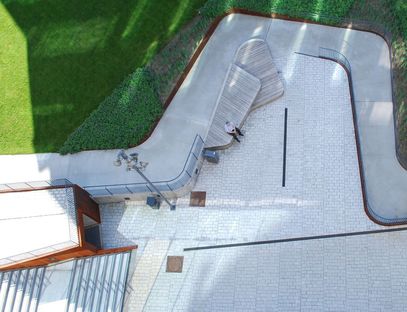