Kirsten Schwalgien, award-winning interior in a historical setting in Barcelona 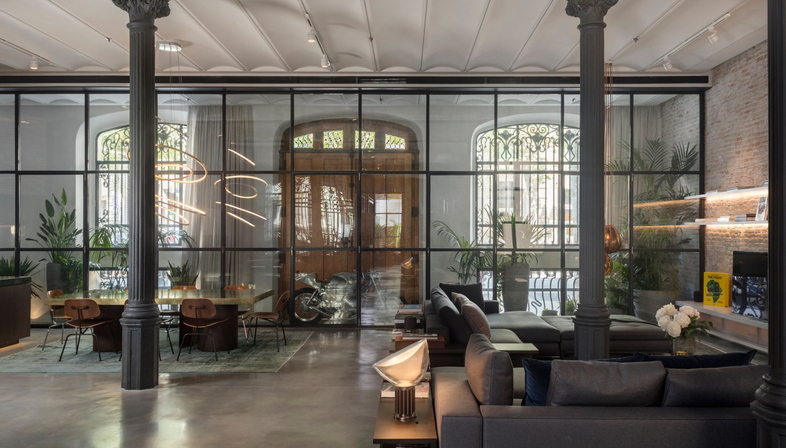 Some protected architecture is incredibly delicate, and handling the history of the site requires better-than-average tact and technical skill. Kirsten Schwalgien has tact and skill in spades and put it to great use in Barcelona in one of the best examples of Modernist architecture in the Eixample district. Casa Burés was originally commissioned by Catalan textile magnate Francesc Burés. Constructed between 1900 and 1905, this modernist building was designed by the architects Miquel and Francesc Pascual Berenguer, a close collaborator of Antoni Gaudí. The striking facade of the building on the corner of Carrer Ausiàs March and Carrer Girona, its ornate entrance, stained glass roof and carved stone sculpted staircase are all stand-out features of the protected building, which was bought by Bonavista Development Company and turned into 26 residential apartments in 2014.
Initially, the ground floor housed the company’s headquarters while the 1,000 m2 first floor was the Burés family home. The upper floors—which were accessed by one of the first lifts to be installed in Barcelona—consisted of nine, 300 m2 rental apartments.
Barcelona-based Germany designer Kirsten Schwalgien Design was commissioned to convert the ground floor apartment into a sophisticated primary residence reflecting the client’s eclectic personality and love of motorbikes and art. So the designer transformed the 240m2 ground floor flat has now been transformed into a two-bedroom loft with a versatile, open layout that maintains the iconic elements of its past, as required by Barcelona’s Architecture Heritage Department, which oversaw the project, but also in line with Schwalgien’s own philosophy.
The original wooden door has been lovingly restored, and all beams and pillars are exposed, supporting the preserved ‘Volta Catalana’, the typical vaulted ceiling. A sequence of industrial windows ensure insulation and allow natural light to pour through.
Schwalgien’s technical expertise and meticulous attention to detail, acquired in 16 years of experience in yacht design, can be seen in the state-of-the-art technology installed in LoftBuresQ, such as the bio-dynamic LED system built into the vaulted ceiling. The home automation system receives information from several sensors to adapt light, colour and brightness to suit the time of day. An energy-saving solution. When it came to the materials for the interiors, Kisten Schwalgien explains her choice: “For me, it is very important to use materials that are long-lasting and age with grace—both because of their sustainability and because they enable you to provide the design with pure materials that have a style and character all of their own.” Almost all the furniture was bespoke designed in a process that she calls ‘unconventional beauty.’ Other features of LoftBuresQ include the artworks, sourced and commissioned by Kristen Schwalgien Design, underscoring the loft’s bold character in a timeless material narrative. A real Gesamtkunstwerk or “total work of art”, as the designer likes to call it, thanks to a 360-degree approach that sees the synthesis of each detail as an integral part of the project as a whole. 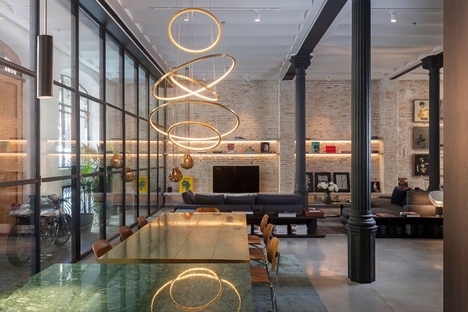 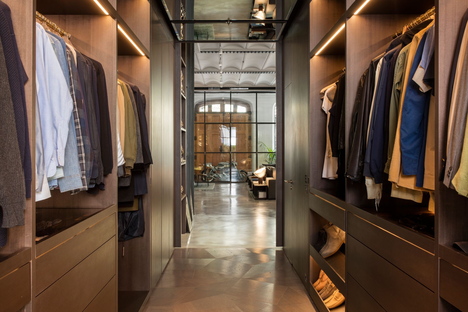 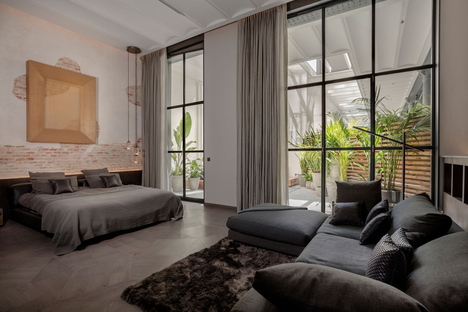 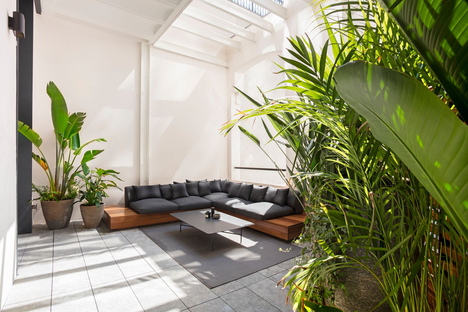 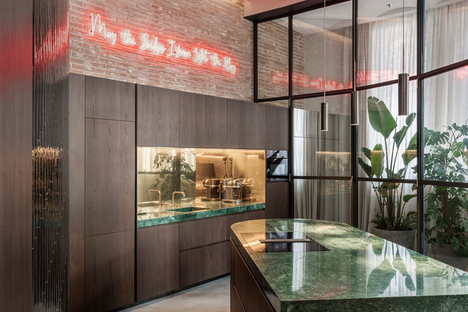 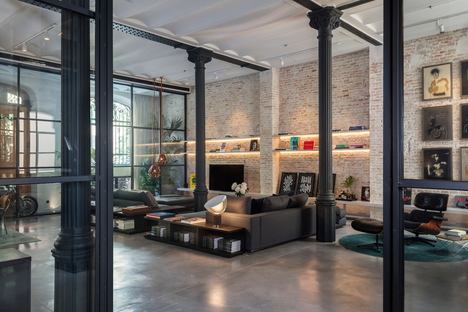 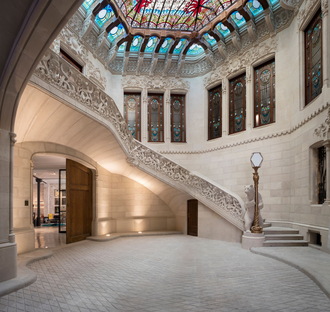 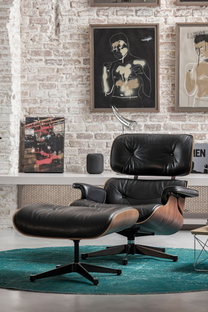 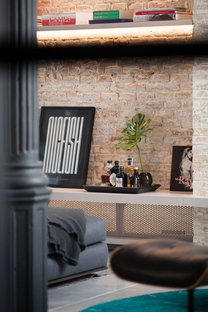 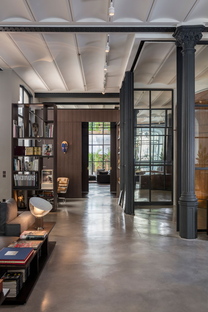 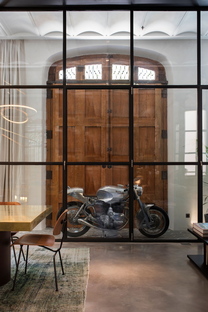