US studio, Zimmer Gunsul Fransca Architects LLP (ZGF) are responsible for Seattle’s King Street Station renovation. The revamp of this 1906 railway station has not only restored it to its original grandeur, it has also earned it LEED Platinum certification. 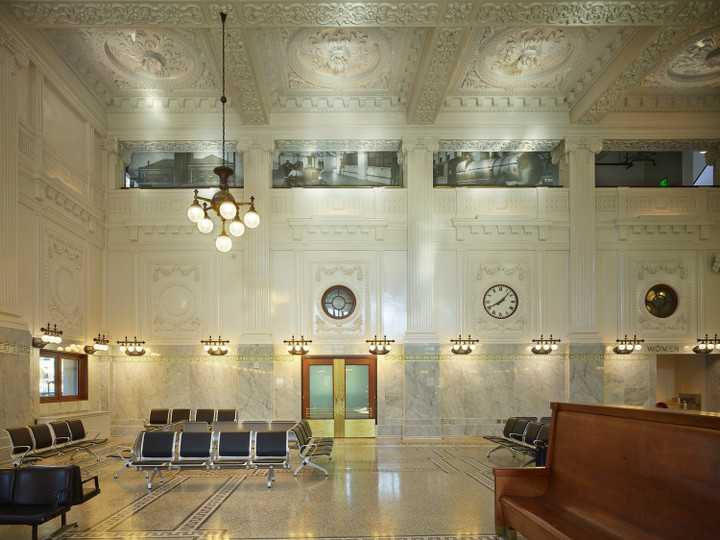 ZGF Architects LLP have injected new life into the King Street Station in Seattle. The original 1906 railway station was designed by Reed and Stern and modernisation efforts in the mid-1990s covered the ornate plaster ceiling in the grand waiting hall with acoustical tiles and cold neon lights. 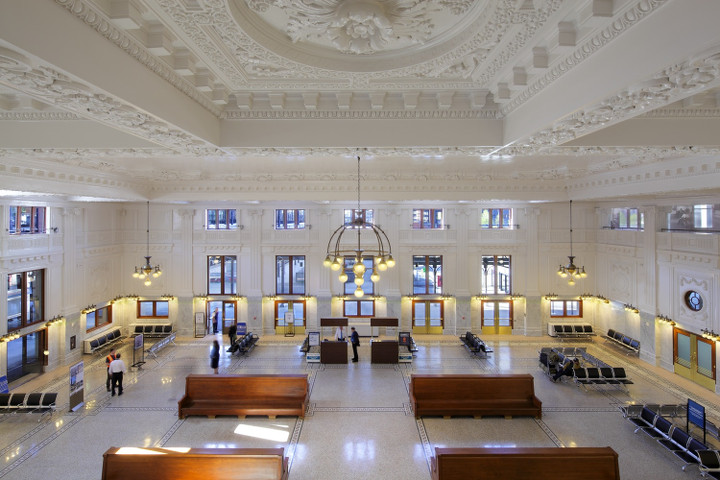 The team from ZGF Architects decided to get rid of the drop ceiling and ‘modernisations’ and restore the building’s original features. The crowning glory is the almost 14-metre high ornate ceiling in the grand waiting hall. 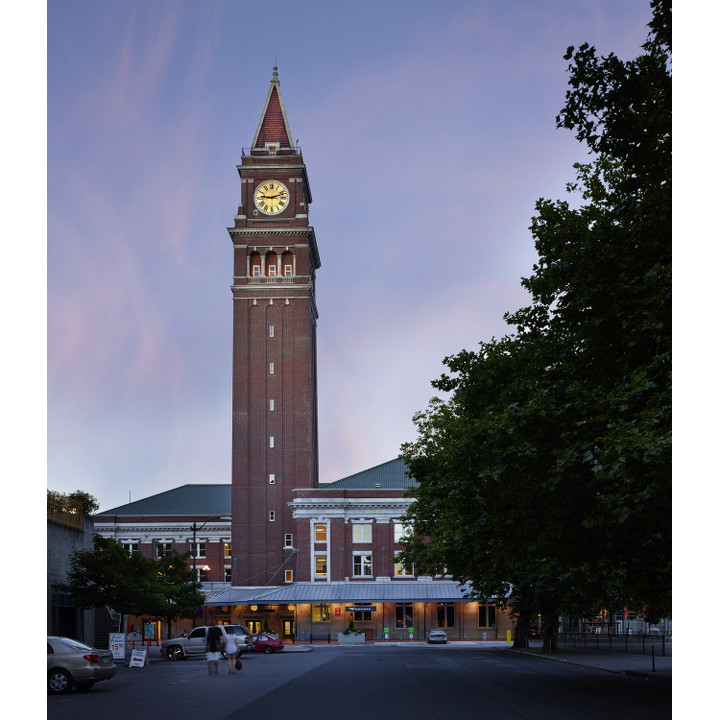 Another important feature of the refurbishment is the rehabilitation of the clock tower, originally modelled after the San Marco campanile in Venice. Part of the project also involved improving access to this important railway hub, taking it beyond its transit-oriented purpose to transform it into a lively new public amenity. 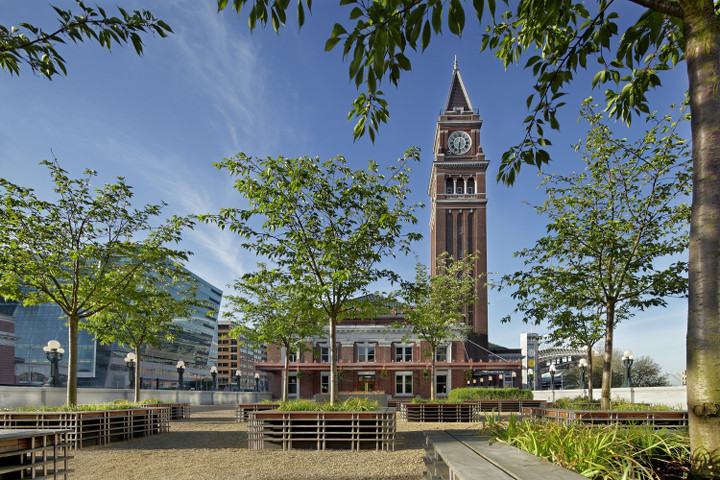 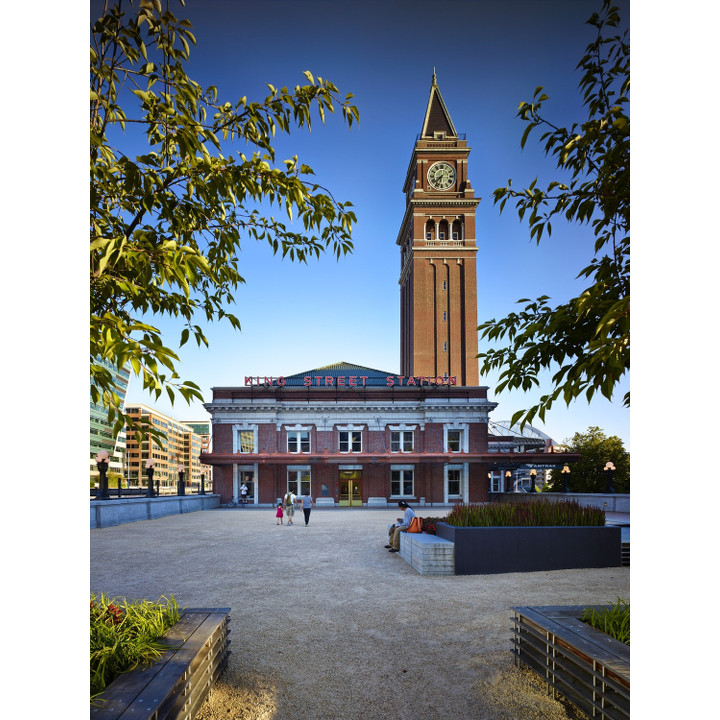 This was enhanced by turning a former parking lot into a pedestrian plaza and connecting this urban landmark near Pioneer Square with the community. One of the project goals was to promote sustainable design and it was so successful at improving energy efficiency that it achieved LEED Platinum certification. 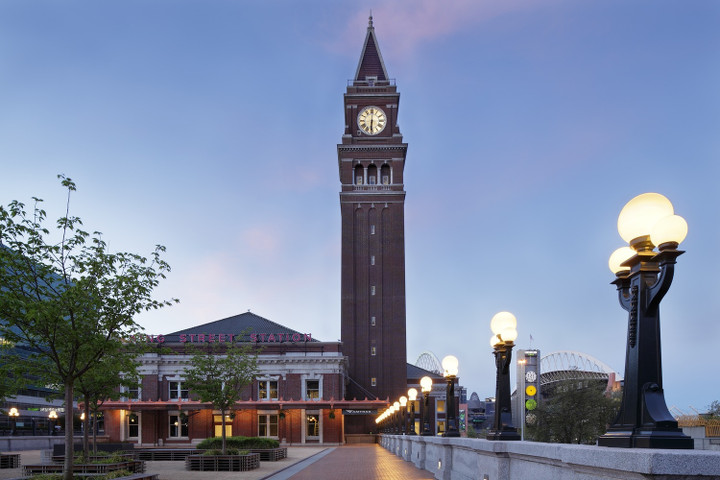 King Street Station has also been lauded with the 2014 AIA Institute Honor Award in Architecture, with Jury comments describing the project by ZGF Architects LLP as “An incredible transformation of an important civic landmark, and one that reinforces Seattle's commitment to sustainable design and to preserving our historical and cultural heritage”. 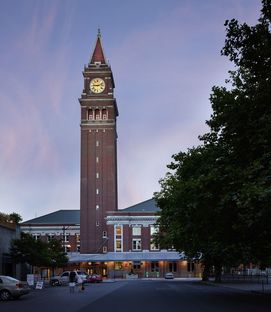 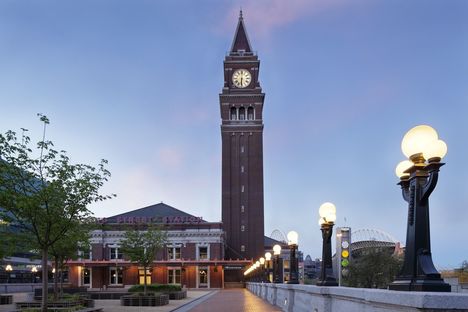 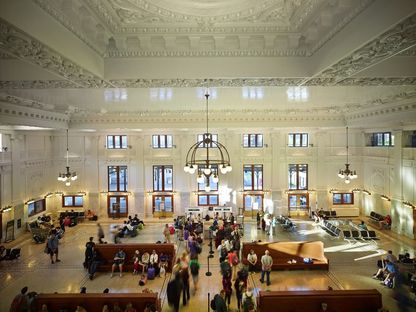 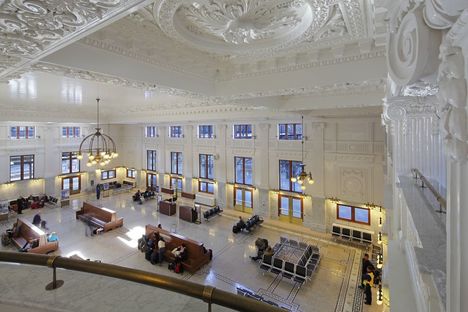 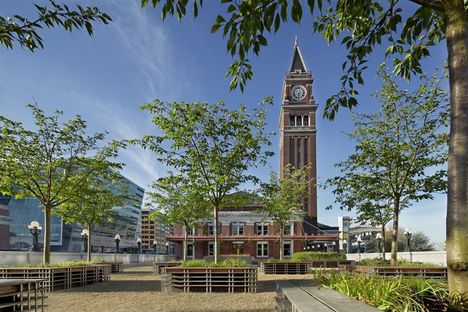 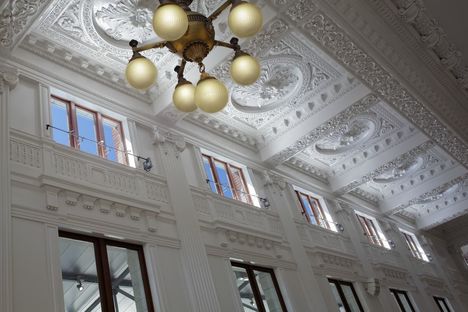 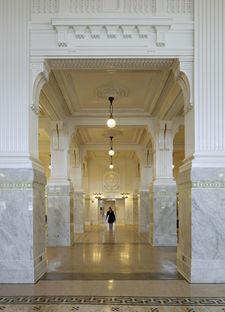 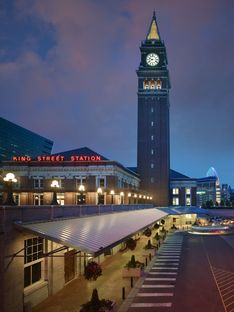 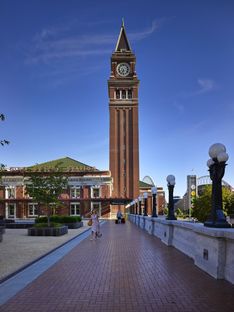 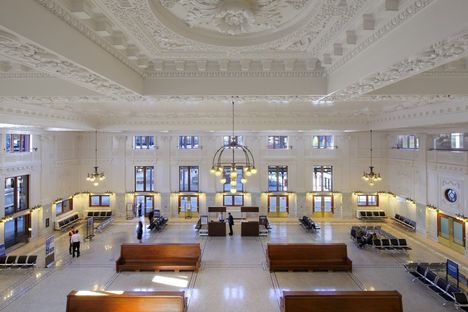