Jean-Pierre Lott has designed the new media library of Vitrolles

Vitrolles is a township on the outskirts of Marseilles and can now lay claim to a new urban landmark - the media library designed by the architect, Jean-Pierre Lott. 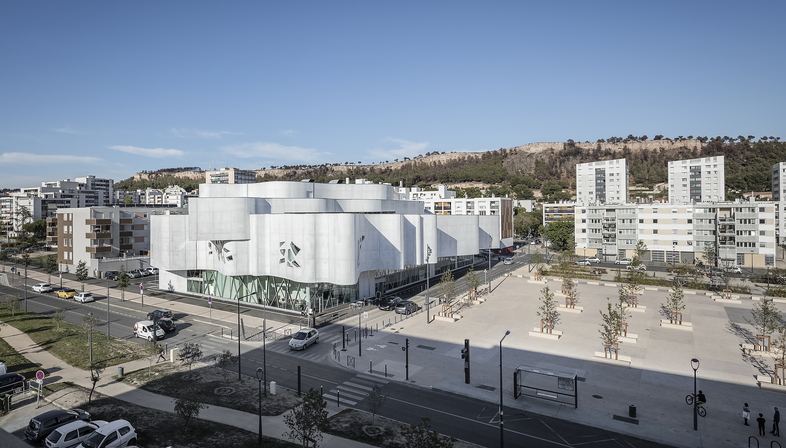 Vitrolles is a township on the outskirts of Marseilles and can now lay claim to a new urban landmark - the media library designed by the architect, Jean-Pierre Lott. An iconic building that brings a special purpose to the urban centre.


The fate of Vitrolles - until the post-war period a small Provencal village not far from Marseilles - is that of so many towns at the edges of metropolises that grew too quickly in the postwar economic boom years. So, in the '60s, Vitrolles became a commuter town where the labourers and office workers of Marseilles or the nearby airport lived, so there was no urban development designed to drive the site's community life, of which there was, in fact, nothing.
A context that needed redevelopment and which is home to the project of the “La Passerelle” media library by the French architect Jean-Pierre Lott, who defines his work here as surgical because it was necessary to deal with a difficult situation, closing up the old wounds of the town's fabric, without opening new ones.
So, the new media library has a dual façade. The basement is fully glazed, the structures of the fixtures and fittings reference the trees that are also planted in the square. This transparency encourages dialogue and welcomes visitors with the common areas - the café, the exhibition spaces and the auditorium. The upper floor is home to the more private, screened reading rooms. This choice formally translates into a level with a closed façade and a curved, rippling form that looks vaguely like a cloud. The dynamic movement of the new building is a pleasant contrast to the other minimalist style buildings on the square that enter into the banality of mere functionalism.
Still, the eclectic building designed by Jean-Pierre Lott is functional too, and its fluidity invites exploration and gives both intellectual and almost sensual pleasure. A terrace also hides behind the bare concrete walls on the upper floor, where different-sized openings provide views of the city and at night underscore the beacon effect of this new urban landmark, which becomes a symbol of attentive redevelopment that looks after the community. 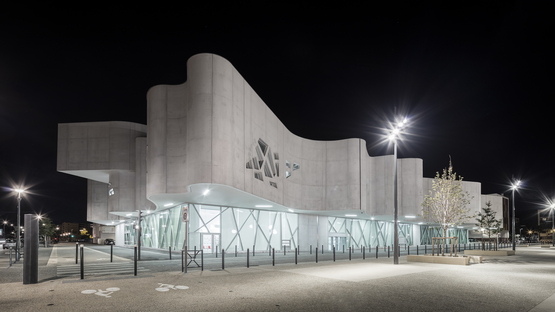 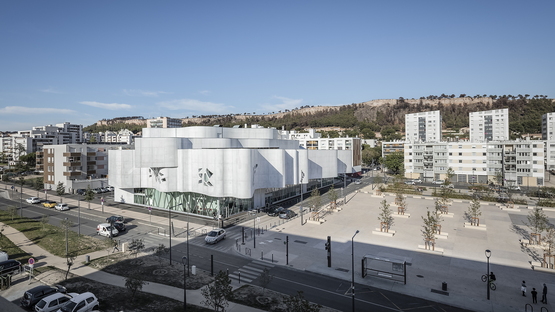 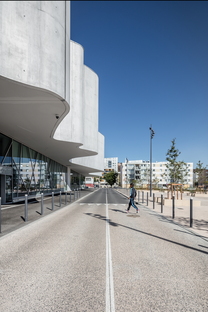 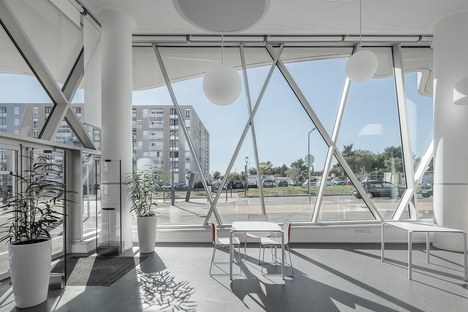 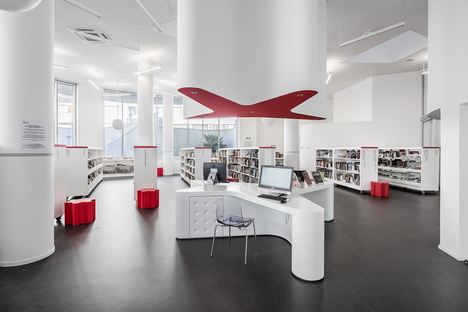 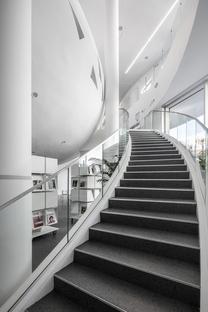 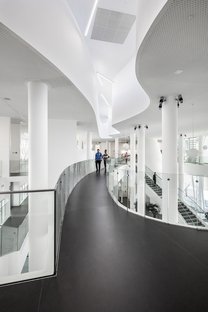 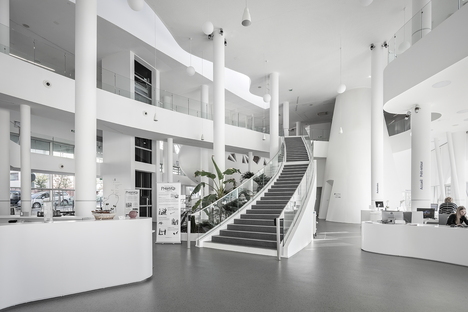 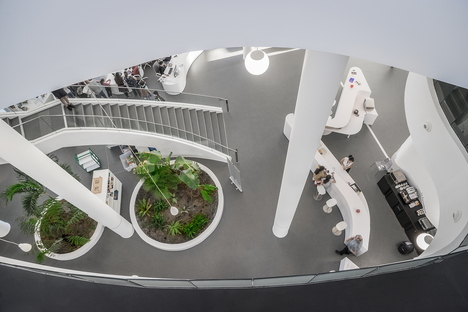 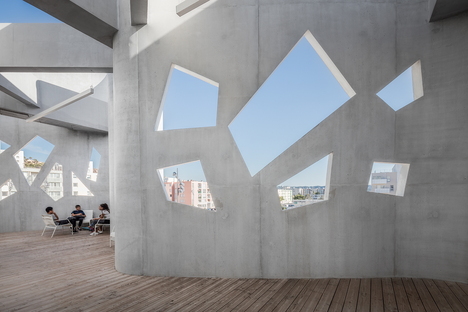 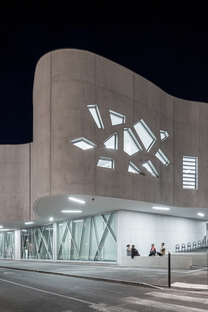 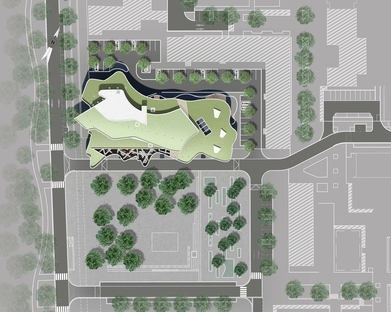 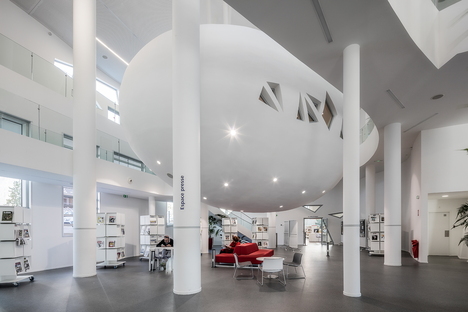