Environmentalist sculptor Jason de Caires Taylor has created his first installation in the Mediterranean Sea. Near the island of Sainte-Marguerite, one of the Lérins Islands just off Cannes on the French coast, six monumental three-dimensional portraits await exploration under the water, while providing a new habitat for marine flora and fauna. 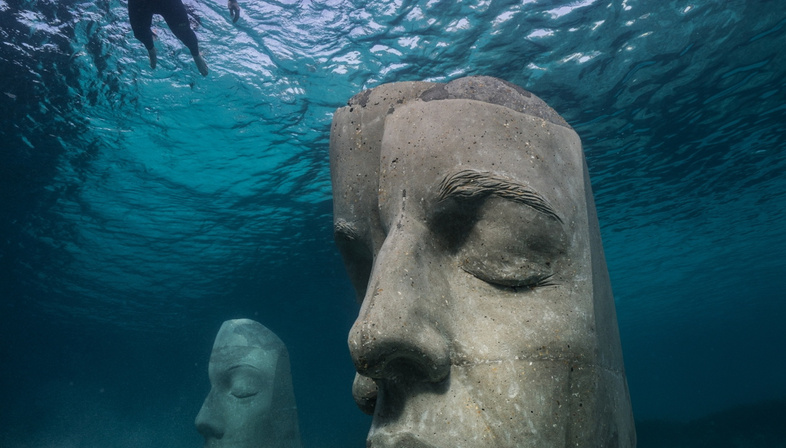 Livegreenblog readers will be familiar with British environmental sculptor Jason deCaires Taylor, famous for his site-specific underwater artworks and creation of artificial reefs consisting of sculptures installed at various sites all over the world. His artworks live in unity with marine life, which grows and prospers on them, generating interaction between living organisms and sculptures. Every set of works may therefore be conceptually considered an ecomuseum in the sea containing a personal message.
Jason deCaires Taylor’s new underwater museum is located by the island of Sainte-Marguerite, one of the Lérins Islands off the French coast near Cannes. Opened on February 1, 2021 after more than four years of work, it is the artist’s first installation in the Mediterranean Sea, and consists of six monumental three-dimensional portraits, each measuring more than two metres tall and weighing more than ten tonnes. The sculptures rest on white sand amid oscillating fields of Posidonia seagrass at a depth of two or three metres, just under the surface of the water and close enough to the shore to make the underwater museum easily accessible to divers and snorkellers.
In line with his idea of expressing a specific message appropriate to each site, here Jason deCaires Taylor created six artworks which are portraits of members of the local community, underlining their social diversity, ranging from 80-year-old fisherman Maurice to 9-year-old elementary school student Anouk. Each of the faces is enlarged and divided into two parts, so that the outer part looks like a mask, as the theme of the mask is associated with the history of Île Sainte-Marguerite: the island where the Man in the Iron Mask described by Alexandre Dumas in his novel of the same name was imprisoned. The divided mask is also a metaphor for the ocean, and protection of the oceans is one of the key themes of deCaires Taylor’s installations. In this case, one side of the mask represents strength and resilience, while the other represents the fragility and degradation of the marine environment.
The site selected for the new underwater museum commissioned by mayor David Lisnard and funded by the Mairie de Cannes, is part of its environmental message, as the site was formerly part of a marine infrastructure and had to be cleaned up for the new project, removing detritus such as old engines and pipelines to make way for the installation of artworks made of non-toxic, pH-neutral materials attractive to marine flora and fauna. The site has now been declared off-limits to boats, making it safe for divers and snorkellers and preventing anchors from damaging the seagrass. Posidonia seagrass is an essential habitat that produces large quantities of oxygen and is known as “the lung of the sea”.
In his new underwater museum off the coast near Cannes, Jason deCaires Taylor continues to promote public awareness of art and, above all, of the critical condition of the Blue Planet: an issue requiring our attention and urgent action. In the end, deCaires Taylor’s art will itself be taken over by the sea, transformed from inert matter into a living reef in a human action that has a positive impact encouraging marine life. 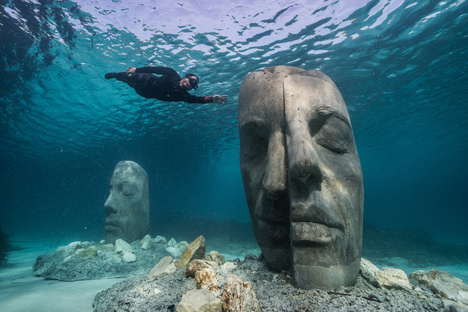 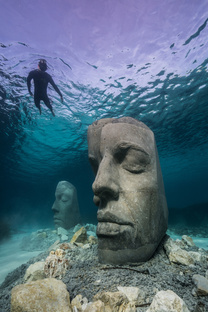 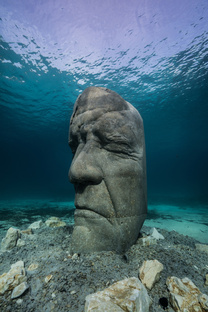 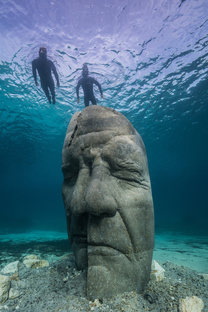 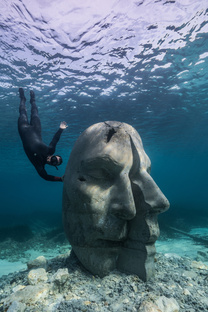 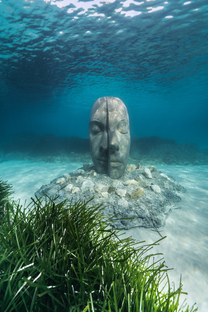 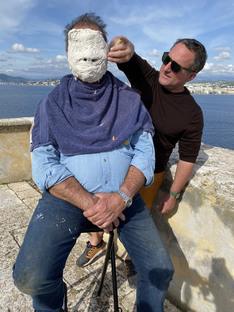 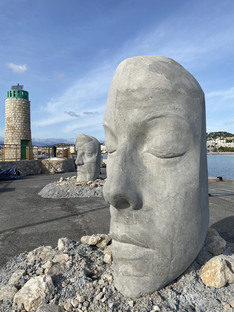