A team of architects and engineers from Prague’s Klokner Institute CTU have built a footbridge over Bohemia’s Moldau River, on the EuroVelo 7 cycling route from Sweden to Sicily. 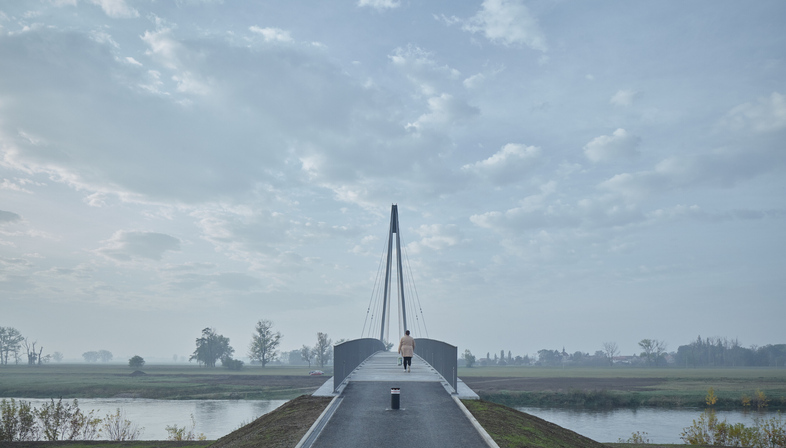 A new footbridge improves the cycling and walking path over the Moldau River in Lužec nad Vltavou, a Bohemian village near Mělník surrounded by the picturesque canyons of the Moldau in the Czech Republic. The village, with a population of 1500, is located about forty kilometres north of Prague and has an unusual history: when the lateral branch of the canal between the villages of Hořín and Vraňany was constructed in 1907, it became the only Czech village entirely situated on the island created as a result of the engineering project, the biggest island in the Moldau River.
The municipality of Lužec nad Vltavou decided to build the bridge in 2015 with the specific intention of encouraging sustainable tourism in the area, the beauty of which inspired composer Smetana’s famous set of symphonic poems entitled Má vlast (My Fatherland).
The new 130 metre-long footbridge completed last year crosses the non-navigable portion of the river between the villages of Lužec nad Vltavou and Bukol, on the famous EuroVelo 7 Sun Route, a 7,050 kilometre long cycling route from Sweden to Malta that passes through nine different European countries and touches on the cyclists’ paradises of Malmö and Copenhagen.
The new infrastructure is the result of in-depth study and engineering by a team of experts from Klokner Institute CTU in Prague, founded in 1921 for research and experimentation with construction materials and structures. The first research institute founded at the Czech Technical University in Prague, it is one of Europe’s four oldest institutions of the kind.
Knowing this helps us understand the concept behind the new bridge, which fits elegantly into the river landscape with its slender silhouette.
Its light, slender design is made possible by use of a technologically advanced material, UHPFRC (ultra-high performance fibre-reinforced concrete): a composite material reinforced with high-performance fibres, made out of cement with the addition of powders, fine hard particles, water, additives and a large quantity of relatively short steel fibres. This composite material was used to make prefabricated elements which were then laid over concrete foundations. The bridge’s grey colour dematerialises and lightens its structure, which is connected with the landscape around it by an avenue lined with oak trees. The newly planted trees along the road on the Bukol side of the bridge will grow to reach the height of the pier supporting the bridge.
The footbridge in Lužec nad Vltavou, designed by specialists from Klokner Institute CTU in Prague, reveals the beauty that can emerge out of the creative fusion of technological innovation with the rural environment. 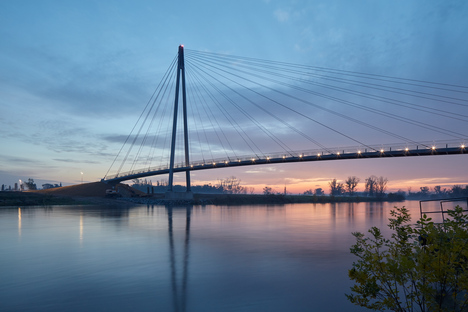 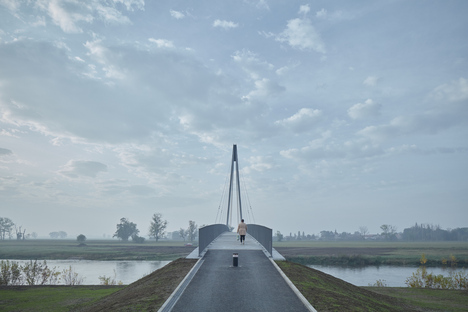 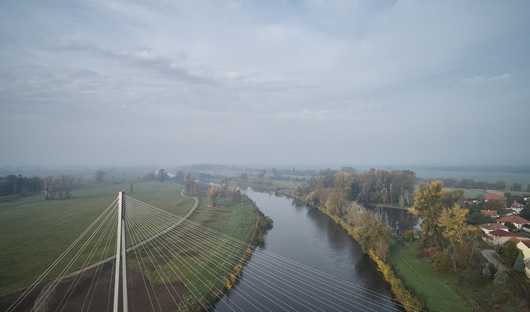 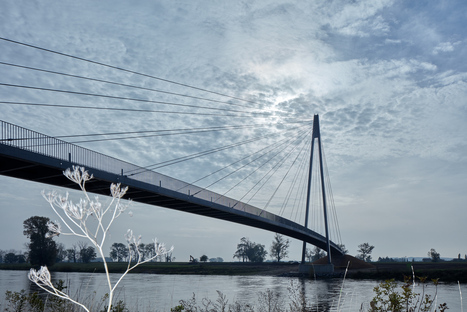 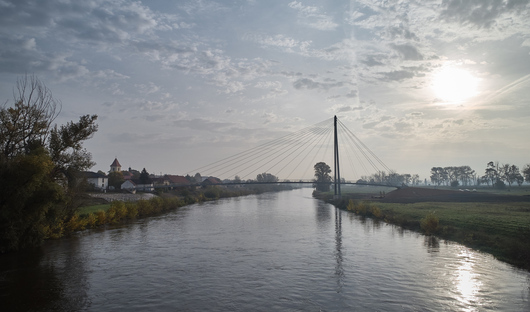 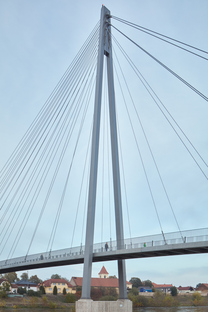 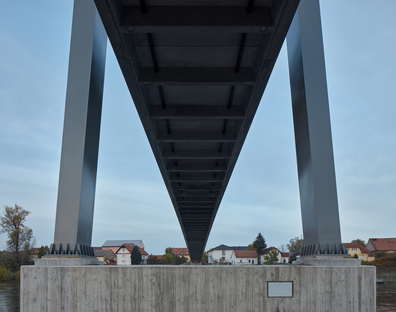 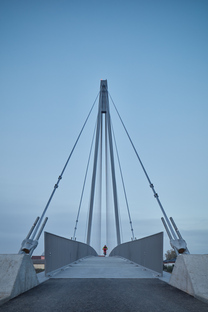 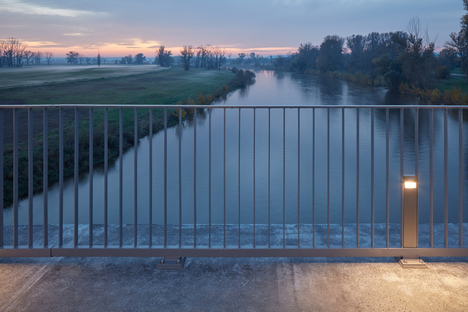 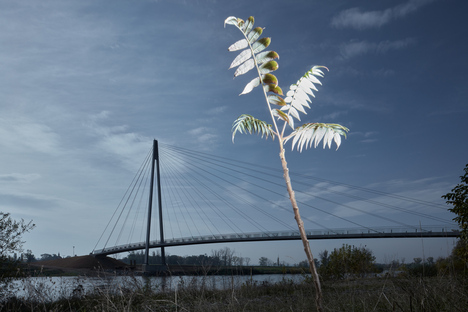