Grand Quay in Montreal, reconnecting with the water

City waterfronts have turned into one of this century’s major themes and are essential to keep cities alive and build their resilience to climate change as well as making them attractive for use by the local community. 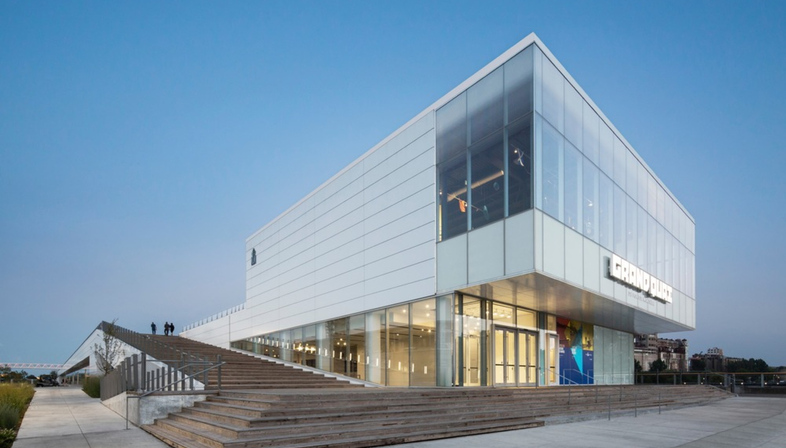 City waterfronts have turned into one of this century’s major themes and are essential to keep cities alive and build their resilience to climate change as well as making them attractive for use by the local community. Canadian firm Provencher_Roy is behind the refurbishment of the Grand Quay and cruise terminal in Montreal.


Located on the Saint Lawrence River in Montreal’s Old Port, the Grand Quay is the first stop on the itinerary of cruise passengers. In order to respond equally to the needs of the tourist industry and the citizens of Montreal, the port authority decided to completely redevelop this area, facilitating its use by the local population. They brought in the Canadian architecture firm Provencher_Roy to tackle the task.
Since it opened to the public last year, pedestrians have been free to stroll along the landscaped esplanade, Promenade d’Iberville, located on the roof of the cruise terminal and featuring a long-wide wooden boardwalk with over 30,000 flowering and plants and herbs. A broad, gently-sloping wooden staircase leads up to this upper pathway made of fire-resistant red cedar. Five light wells dot the elevated promenade and bathe the cruise terminal below in natural light. The large wooden staircase at one end of the green landscaped rooftop leads the public to Commencement Square, a green meadow that gently slopes down toward the river. This vast green area, located at the end of the Grand Quay, is a place of peace and quiet that exudes a serene atmosphere, perfect for catching up with family and friends and to enjoy the events and activities hosted here.
This pedestrian path by Provencher_Roy completes the Old Port’s network of public spaces and rebuilds, in admirable fashion, the ties between the city, the port and the river. Access to the site has never been easier for pedestrians and cyclists in addition to users of public transport and electric cars.
“From the project’s inception, it was our intent to extend the Old Port’s linear park onto the pier. We wanted to create a space that emphasizes the richness of the site while also providing a park, a place to relax, and a space that people could make their own,” explains Sonia Gagné, partner and architect at Provencher_Roy.
The project by Provencher_Roy and the Montreal Port Authority is part of Alexandra Pier, one of the major docks built on the Saint Lawrence River in the early 1900s, a time when Montreal ranked among the world’s busiest ports for the export of cereals. Covering an area 380 metres long by 100 metres wide, it originally housed four immense, two-storey hangars. In 1967, the Iberville International Passenger Terminal, not especially suited to pedestrian circulation, was reserved for cruise passengers and automobile traffic, a situation exacerbated by the hangars’ conversion into parking lots. Despite substantial investment in maintenance work in recent years, the infrastructures showed advanced signs of ageing and operational obsolescence, making them unsuitable for the growing number of cruise passengers.  This led to the decision to undertake major renovation work and turn it into a cruise terminal of great architectural and landscaped quality, actively connecting it with the existing pedestrian network along the river, to benefit the local community as well.
Visitors and tourists can now stroll all around the site, to enjoy all the green spaces and the fantastic views of the city. This new privileged access to the river has reconnected Montreal inhabitants with this zone. The second phase of the work - an observation tower - is slated for completion in 2021. 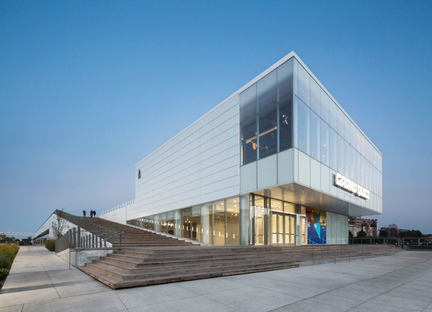 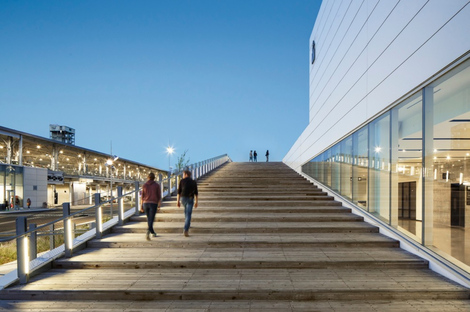 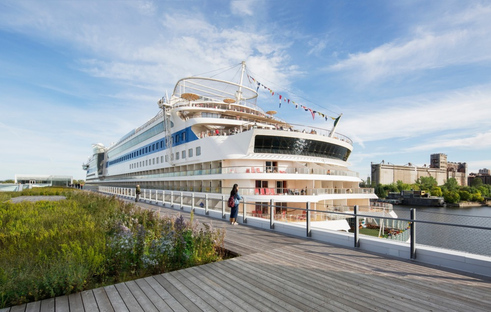 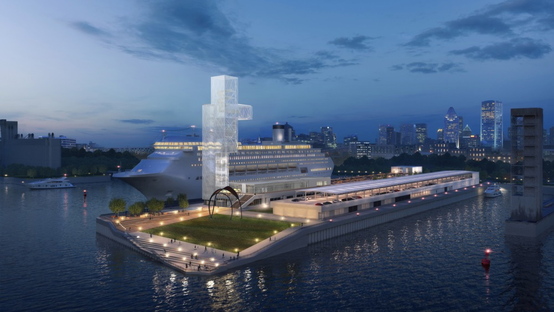 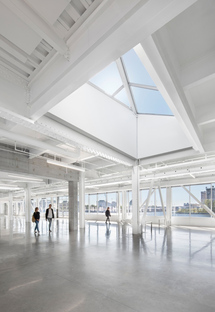 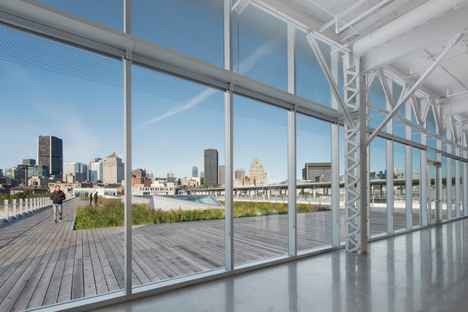 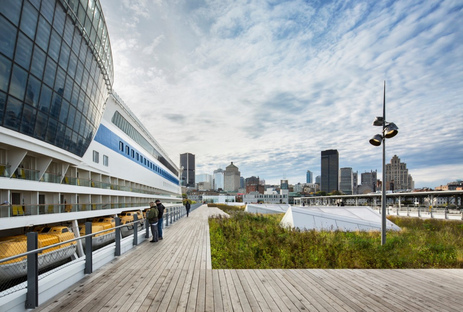 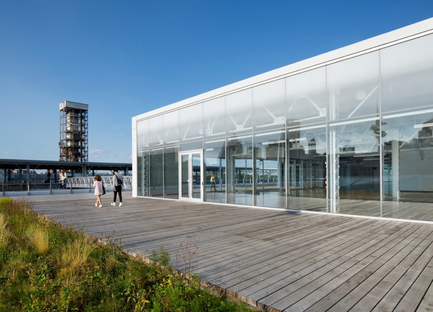 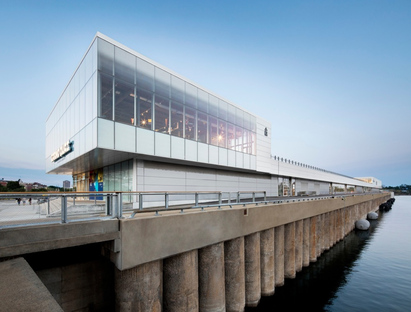 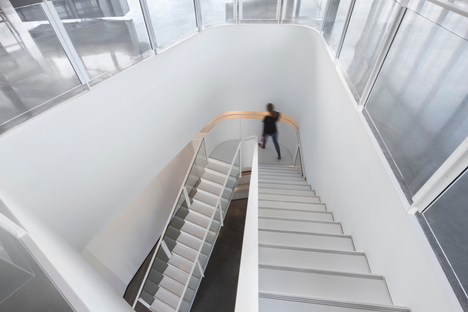 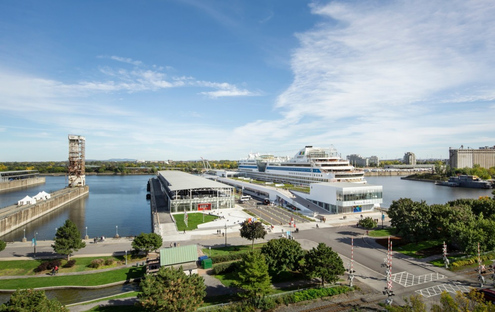