The annual Golden Pin Design Award 2019 Forum will be back on December 5 during its namesake design awards ceremony at the Songshan Cultural and Creative Park in Taipei. Four international design luminaries will be giving talks on this year’s theme: Design & Sustainability. 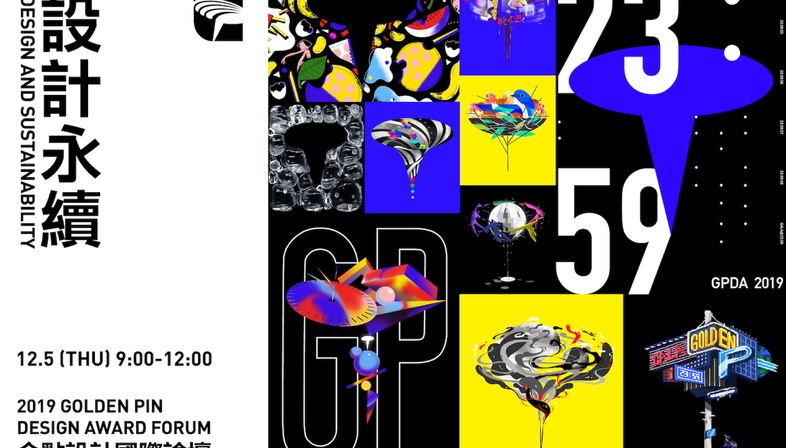 The annual Golden Pin Design Award is the international design award that celebrates products or projects expressly created for Chinese-speaking communities and is a great opportunity to take a closer look at the creative market in this part of the world. This year’s awards ceremony at the Songshan Cultural and Creative Park in Taipei will be held on 5 December and will also include the Golden Pin Design Award 2019 Forum. This year’s theme is Design & Sustainability, which follows up the theme of last year’s forum: Design & Social Responsibility.
Hosted by the TVBS news anchor Lulu Hsia, the opening remarks will be given by Taiwan Design Center chairman, Chi-Yi Chang, followed by the four speakers - Huat Lim from zigdesign, Haruna Yamada and Hirokazu Kobayashi from design firm SPREAD, Luisa Bocchietto, former president of the World Design Organization. Guest panellist, Tony Chi, founder of the NYC design firm, tonychi, will conclude the talks.
Just yesterday, November 5, the Golden Pin Design Award inveiled “Gala @ 23:59”, the poster series designed by Bito to raise awareness about the UN’s 17 Sustainable Development Goals (SDGs) and to celebrate the award’s 2019 Grand Ceremony.
Bito is one of Taiwan’s leading motion design studios and Keng-Ming Liu, founder of Bito and award ceremony creative director has been designing the key visuals for the Golden Pin Design Award ceremony annually since 2016.
Whereas in past years the award ceremony key visual has been presented as a single image, “Gala @ 23:59” is a series of 17 individual posters that are all connected through branding.  A series of visuals that aims to inspire the design community to take urgent action and champion design for sustainability by following the UN’s 17 SDGs, which have now become a fundamental part of all design projects. Keng-Ming Liu believes that positivity is essential to overcoming this challenge that we all face together, echoing the Taoist philosophy that everything is interconnected and the demise of one might become the rise of another. He calls it a “Gala” because he believes that designers must act positively to follow the UN’s 17 SDGs, then he links it together with the time “23:59” to signify the last moment before the dawn of a new day.
And we can see the drive towards greater sustainability in the Golden Pin Design Award from the evolution of the key visuals. For Keng Ming Liu’s fourth year as award ceremony creative director, he continues on from his 2018 theme “Nature Knows” by throwing more support behind climate action and design for sustainability. The theme in 2017 was “Convergence”, highlighting the award’s role as a hub for designers from all across Asia and beyond. His very first Golden Pin Design Award commission was the award ceremony opening video in 2016, which won the coveted Bronze Cube at the 96th ADC Awards in New York.
. 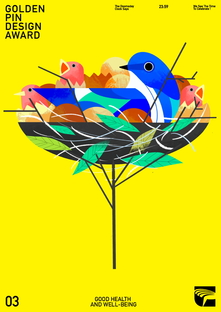 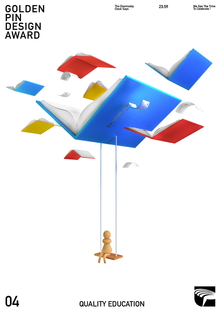 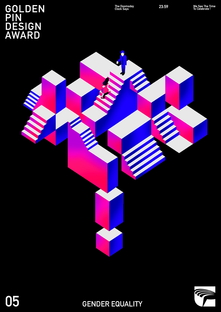 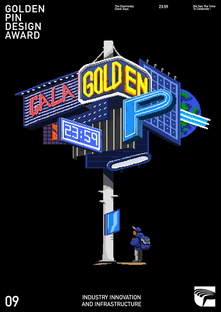 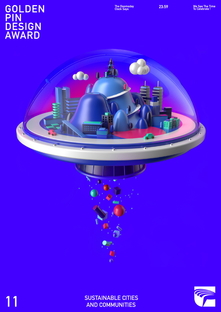 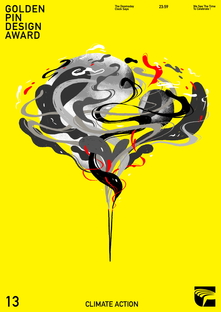 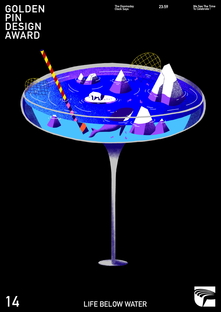 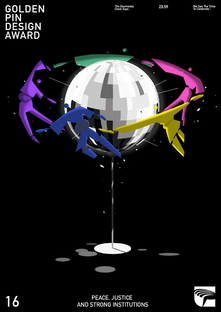