Geoparken in Stavanger, a sustainable and still relevant playground

Geoparken in Stavanger, Norway is a project by the Norwegian architecture firm Helen&Hard with young people from the city. A playground created from material salvaged from the oil industry and that hasn’t lost any of its charm even 12 years down the track. 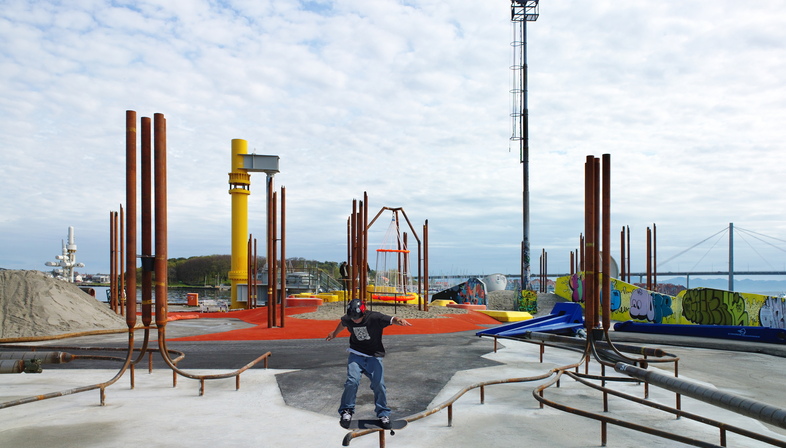 On Livegreenblog we often cover the theme of playgrounds because these places play an important part in the fabric of cities as potential facilitators and drivers of social change. In the case of Geoparken, the project is particularly interesting because it was created way back in 2008 by Helen&Hard, the curators of the Nordic Pavilion for the 2020 Architecture Biennale. They used salvaged pieces from the oil industry and now - 12 years down the track - it is still highly relevant and very popular with both younger and older kids.
Since 1996, Stavanger has been home to the Norwegian Petroleum Museum (Norsk Oljemuseum) designed by Lunde & Løvseth. The building is a symbolic interpretation of the Norwegian seabed, the coastal landscape overlooking the sea and offshore installations, with exhibits providing information about oil and natural gas as well as technological advances and how these resources have influenced Norwegian society. Quite the controversial theme, particularly in light of climate change but even back then the park next to the museum site, on an abandoned forecourt was intended to be something that would synch the experience and material resources of the offshore industry with sustainable urban development.
Helen&Hard initiated the project already in 2004. After many attempts and political discussions, it was accepted as a part of the “Stavanger European Capital of Culture” programme in 2008, which gave it the go-ahead. The team from Helen&Hard drew from three different local resources in the design process for this almost 2500-square-metre park: first, the geological and seismic expertise of the oil industry; second, technology and materials plus waste related to oil production; and third, the ideas of and collaboration with local youth groups for the programming and making of the new park.
Initially, the intention was to give a tangible experience of the oil and gas reservoir Troll, hidden 2000 – 3000 metres below the seabed. The topography of the park is based on 15 geological layers that were partly peeled away and exposed, reconstructing the “strata”, of the Troll field to a scale of 1:500, sloping towards both the sun and the centre of the square.
Workshops with local youth groups helped them to plan out the functions of the sedimentary layers for activities such as biking, climbing, exhibitions, concerts, jumping, ball play and chilling-out, including a skate park. Here, they used geological folds as exhibition walls for graffiti and street art, encouraging young writers and graffiti artists who could express all their creativity here without breaking the law. The surfaces and installations of the park were created using recycled and reshaped elements from petroleum installations, an abandoned oil platform, offshore bases, equipment suppliers and scrap heaps, taking the kind of action that responds to the ideas of the circular economy.
Geoparken by Helen&Hard was originally supposed to be only a temporary installation but the park was so successful at transforming a previously disused site into a social gathering place and it was so popular with the people of Stavanger that it ended up being left in place permanently: an important part of the urban fabric. 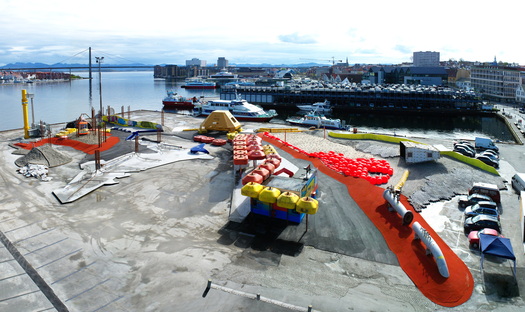 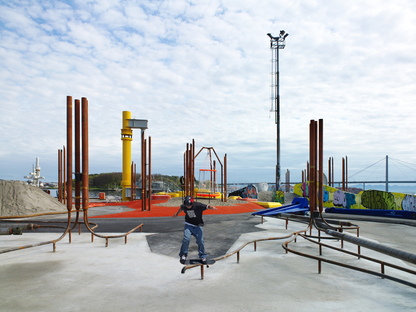 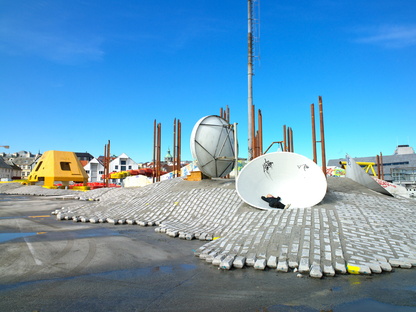 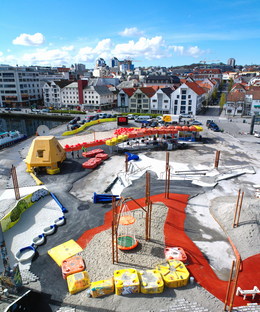 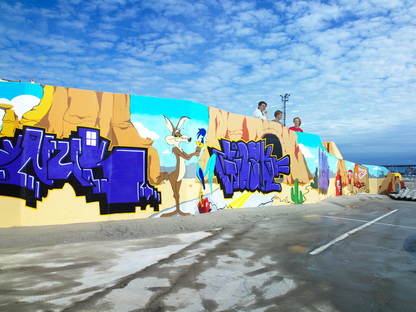 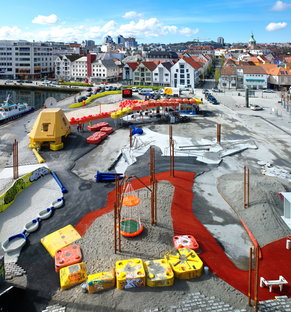 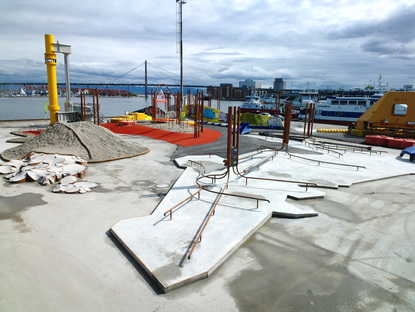 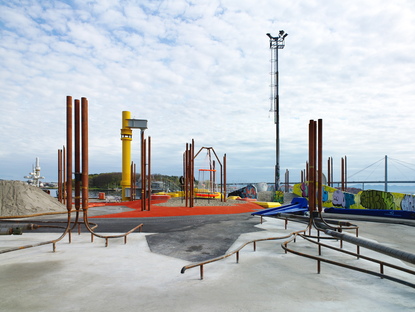 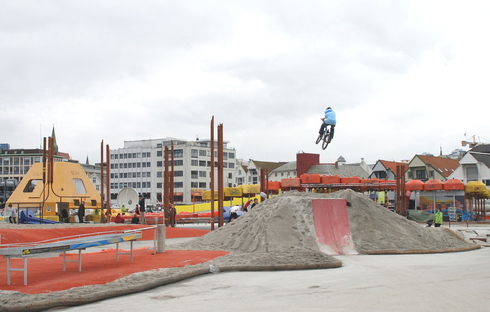 House Viewing, exhibition at the Nasjonalmuseet in Oslo