Galerie Itinerrance, Street Art on the ring road in Paris

A huge crater, a 3D trompe l'oeil decorates a large road construction site on the Boulevard Périphérique, the ring road around Paris. 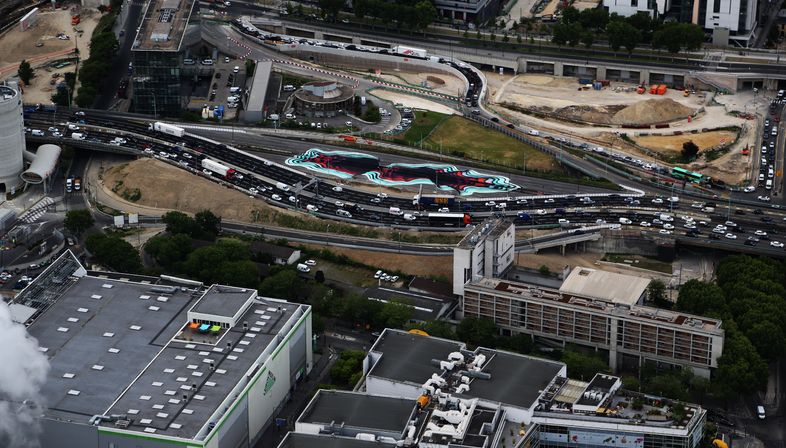 A huge crater, a 3D trompe l'oeil decorates a large road construction site on the Boulevard Périphérique, the ring road around Paris. The artwork is by German artist 1010 on request of Galerie Itinerrance. Street Art has been officially authorised for the city's infrastructures here. 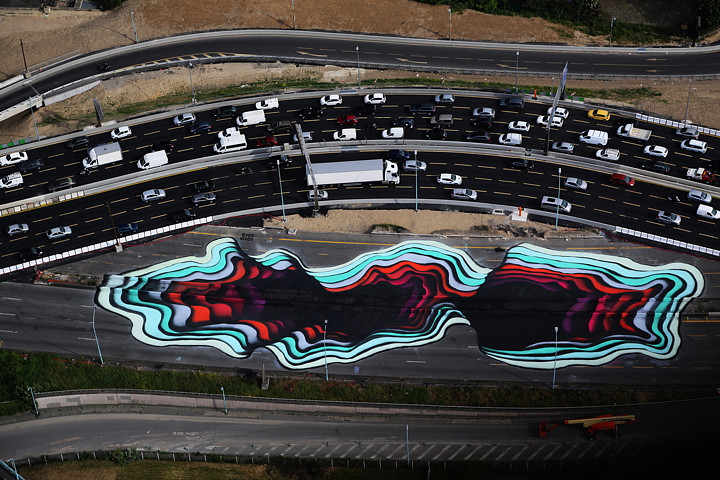 A huge crater, a vortex opening outwards on the Paris ring road - Boulevard Périphérique - which is currently undergoing major construction work to adapt to the new needs of the French capital, to connect the new Paris Rive Gauche in the 13th arrondissement. 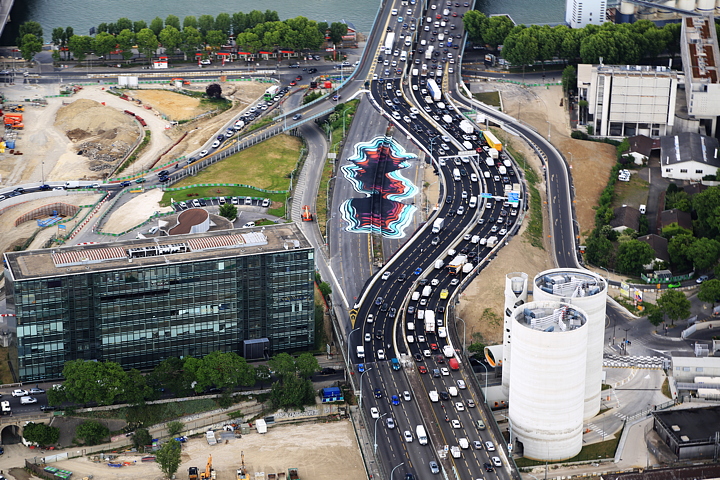 This district is being created on a 130-hectare area around the Gare d'Austerlitz and the French national Library, ordered by François Mitterand we have already presented some of the buildings.
It is the largest urban planning operation in Paris since the times of Haussmann, in the 19th century. Works so large that they also require changes to the roads and therefore the rearrangement and creation of new entry ramps to the ring road to connect the new district, a worksite that will be open until 2019. 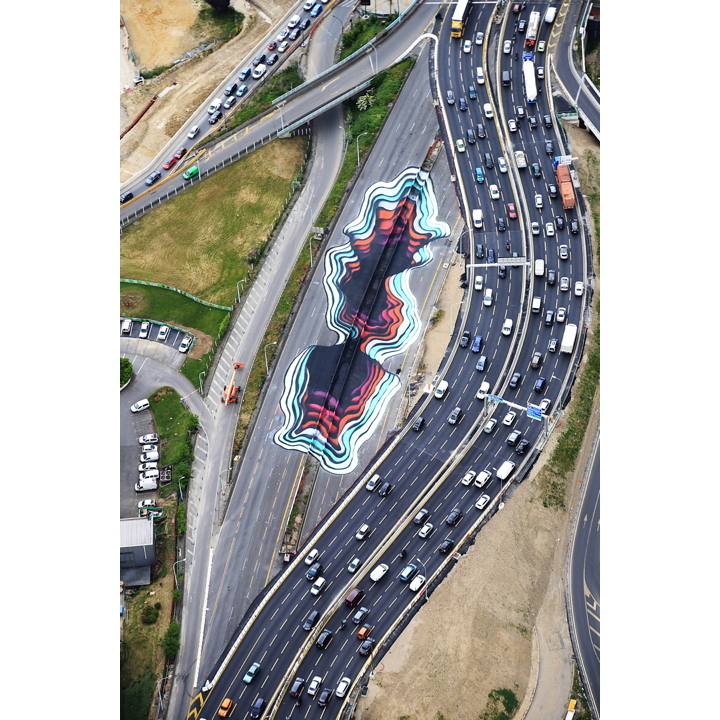 SEMAPA, the company that is handling the urban development and creation of Paris Rive Gauche, decided to use art to foster awareness of the work going on and to help distract drivers from the inconvenience of this work. So it contacted Mehdi Ben Cheikh, director of Galerie Itinerrance and Street Art specialist, as well as organiser of events like “Tour Paris 13” and “Djerbahood” and appointed him to create a bespoke Street Art work for the “périférique”. 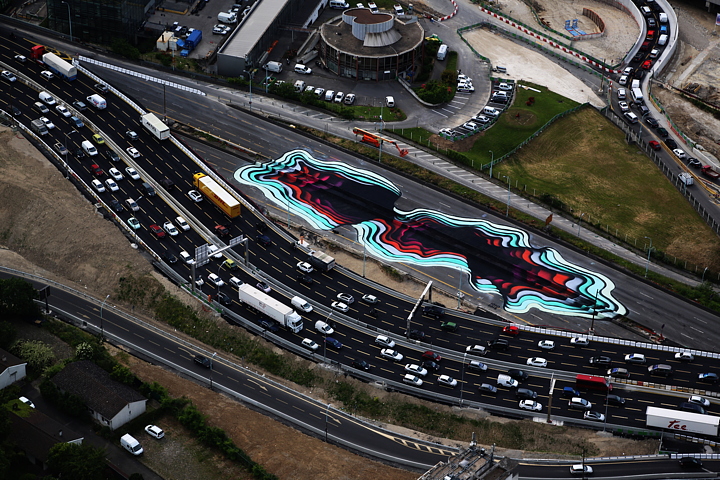 German artist 1010 was selected for the task; since 2009, this artist has made his mark with the international Street Art public with his tromp l'oeil that are so convincing because of the plasticity of the voids he creates on retaining walls, house walls and pavements.
In less than a week, 1010 created a huge crater on the disused part of the Parisian loop, covering 4500 square metres with 400 litres of paint. 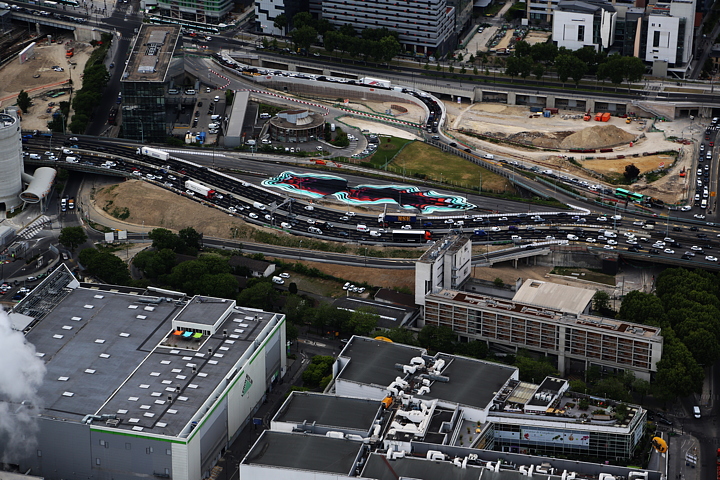 The effect is spectacular: a colourful crater opens up on the road, an artistic contamination in the traffic, an invitation for reflection and for creativity. 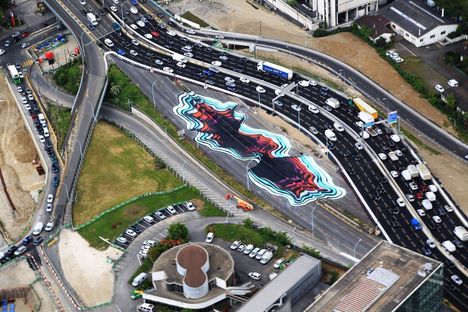 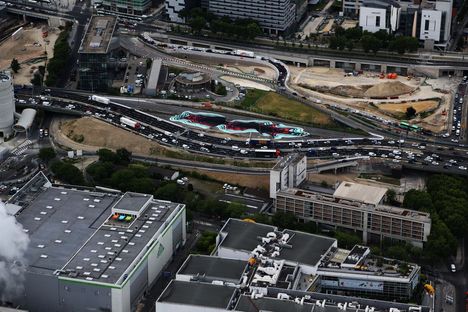 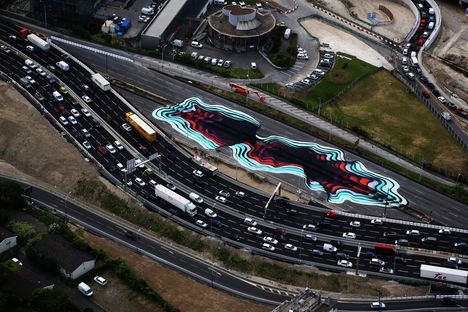 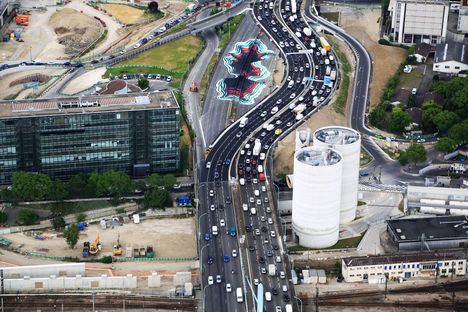 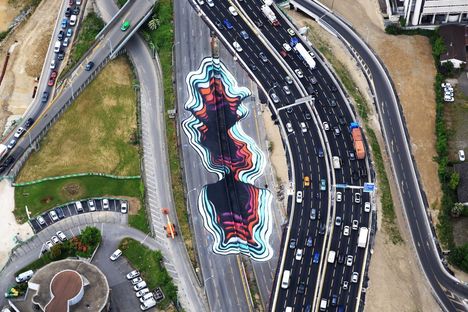 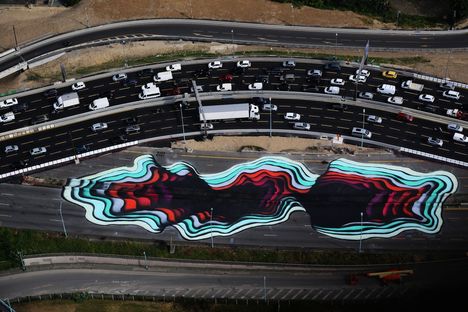 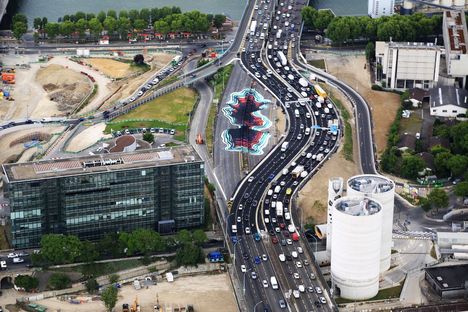 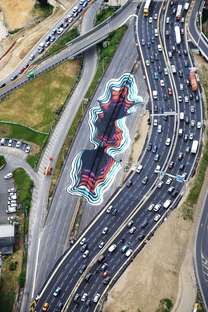