Until 30 September 2018, the Swiss city of Vevey on the shores of Lake Geneva is the location of the leading biennale of visual arts in Switzerland.

Until 30 September 2018, the Swiss city of Vevey on the shores of Lake Geneva is the location of the leading biennale of visual arts in Switzerland. Original photographic exhibitions, outdoors in the streets and the parks of Vevey as well as indoors in unusual venues, based on the theme of extravaganza.


Vevey, a city on Lake Geneva in the canton of is where Charlie Chaplin chose to live until his death in 1977, it hosts l'École de Photographie, one of the oldest photography schools in Europe, which opened in 1945. The city where the Swiss Camera Museum was established and whose art museum houses the prestigious Oskar Kokoschka Foundation. A city that, after a major economic crisis at the end of the 20th century, took a gamble on the future and proclaimed itself city of images. So much creative energy that was well worth showcasing with the 2018 edition of Festival Images based on the theme of extravagance.
From 8 to 30 September, Vevey is being transformed into a real city of images, with 61 creative projects by 58 established and up-and-coming artists, from 19 countries.
All based on a single theme, EXTRAVAGANZA. Out of the ordinary that uses small-format images alongside monumental works, together with works produced thanks to Grand Prix Image Vevey 2017/2018 won by Hungarian artist Peter Puklus, to turn streets, parks and unusual venues of one of the jewels of the Swiss Riviera into an open-air museum. Great photographers and young talents will be showcasing their work in bars, on museum walls, in bookshops, a former prison, as well as an old, disused phone booth, and even Lake Geneva itself. All places that embrace and shape their projects as part of the urban context.
This year's photographic festival is in fact "extraordinary" both in terms of the selection of images and their novel presentation through unusual installations and settings, in response to the theme. The projects on display encourage all visitors to enjoy an unusual and surprising way of experiencing the images, to start thinking of an image is something very complex, as complex as a book, open to so many different interpretations.
As Stefano Stoll, director of Director of Festival Images Vevey explains in his introduction, extravaganza is a festive, lush word that evokes fantasy, humour, the absurd. "It can prompt surprise or distress, and draw us away from the monotony of our day-to-day lives”. A leitmotif that is also reiterated in the aphorism of Charles Baudelaire “The beautiful is always bizarre”, which introduces the catalogue.
With extravagance being such a personal thing, the best way to experience this one is to go to Vervey and enjoy one of the most important art events in Switzerland.  The splendid Salle del Castillo is the starting point for every visit to the festival; in addition to hosting exhibitions, it also hosts a visitors' centre, a bookstore, the festival boutique and a quirky bar. In addition, on the occasion of Festival Images, collaborations with museums, schools, galleries and artists' collectives will also be renewed. And you need to take your time when visiting, in response to Philippe Durand's suggestions with his 4-metre long image on the lake called "setting the lake on fire" - a nod to the expression "y a pas l'feu au lac" (literally the lake is not on fire, meaning there's no rush). One of the installations that we liked the most because it really played on layers of imagery and information and changes at the same speed as the view moves, giving the impression of real flames. 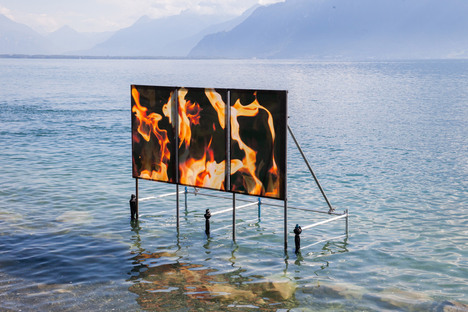 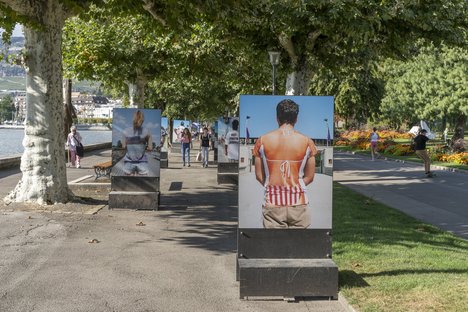 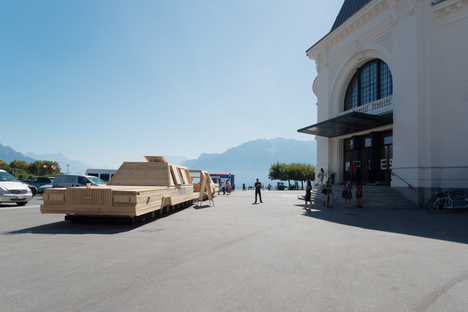 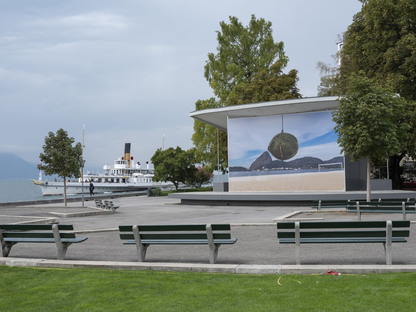 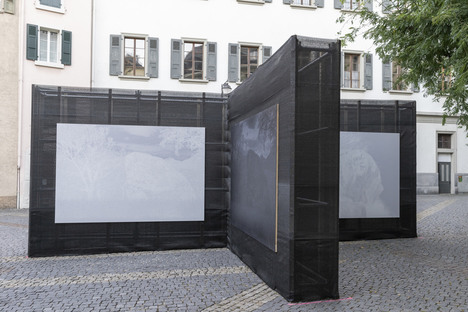 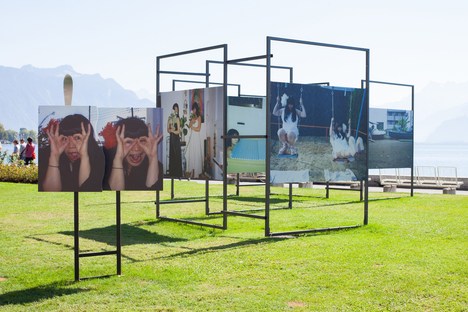 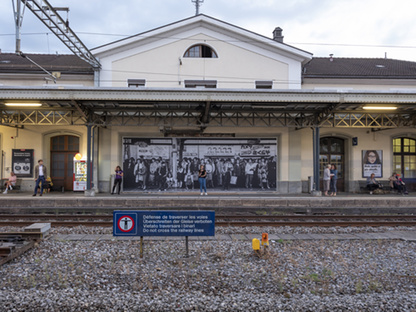 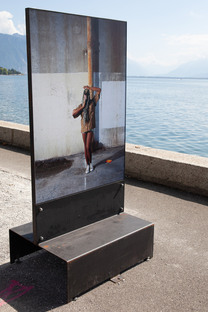 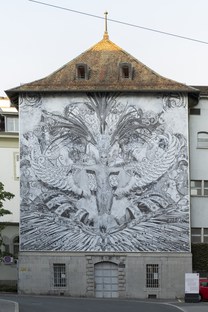 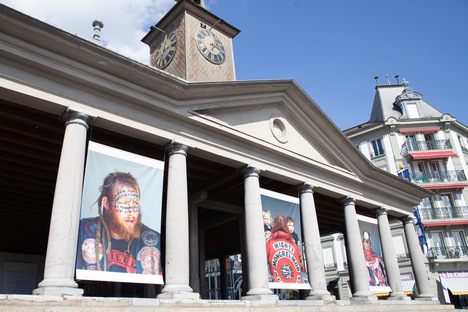 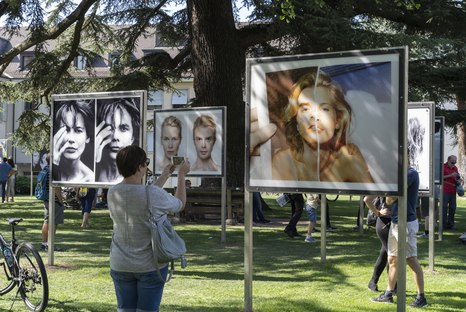 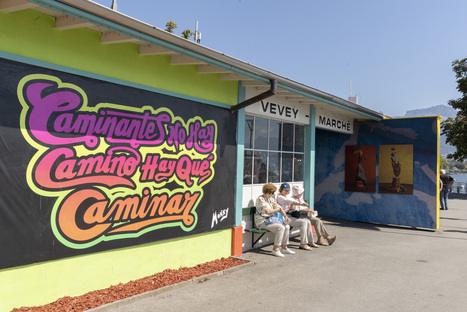