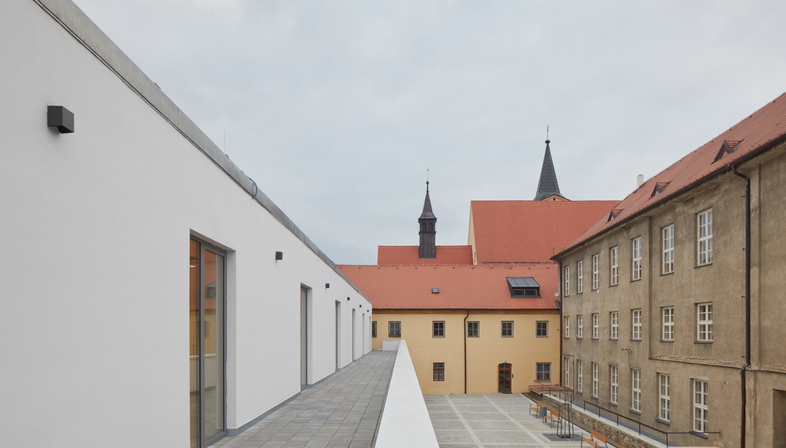 The project by Atelier Tišnovka is located in a particularly valuable historical context. Třebíč is a town in the Moravian part of the Vysočina Region of the Czech Republic. Known since the 11th century, it has two UNESCO-listed heritage sites, the old Jewish Quarter and the Romanesque St. Procopius Basilica. The extension is for a Catholic secondary school, which is also located in a location of historical significance, being the former Capuchin monastery that was built in 1690. The monks taught here last century until 1950 when the monastery – and the school – were closed down. It reopened as a Catholic secondary school in the 1990s, after the fall of totalitarianism.
The school’s success made some extension work necessary, namely the construction of a new building to replace an old temporary volume from the Communist era. The school authorities approached the architects from Brno-based firm, Atelier Tišnovka that specialises in projects in landmark settings to design the new building.
For the south side of the extension, Atelier Tišnovka opted to follow the same direction as the existing buildings in the monastery. On the north side, they created an inner courtyard where students can relax and which connects with the outdoor classroom. The layout is structured in two parts, and on the ground floor, it opens through a glazed school room connecting with the courtyard. Instead, a corridor on the first floor leads to an outdoor terrace for contact with the outside there. The classrooms, laboratories and teachers’ offices are arranged to meet the specific requirements of the school.
To ensure there was a smooth transition between old and new, the architects opted for a basic archetypical shape, which encompasses the proportional features of the monasteries other buildings and blends in harmoniously with the context. At the same time, this solution works with contemporary expressions considered necessary for the project to fit into modern times and to avoid trying to pass it off as a historical building. So the designers created a completely transparent, fully glazed lift shaft that connects the two periods of construction.
To construct the new building, Atelier Tišnovka used a combined system of brick bearing walls and reinforced concrete columns and floors. The architects selected these materials around the concept of bringing together the existing school and the add-on. They did this without losing sight of the potential of engaging with the location.
Students are met with the natural warmth of timber on the floor, doors and built-in cabinetry in the new volume, contrasting pleasantly with the aluminium windows and polished grey steel elements. The project by Atelier Tišnovka to extend the Catholic secondary school in Třebíč presents as a harmonious action that embraces local history to craft an appropriate place to educate young people for the future. 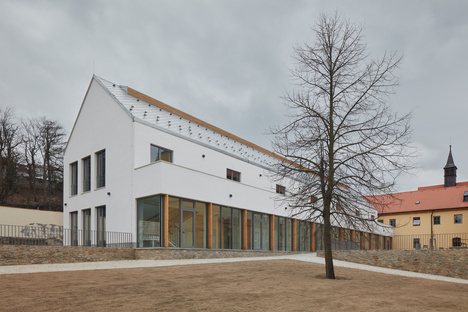 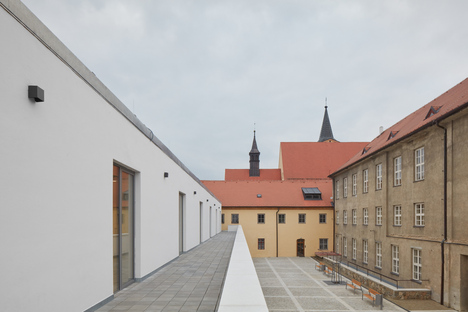 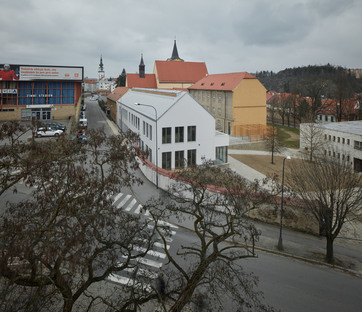 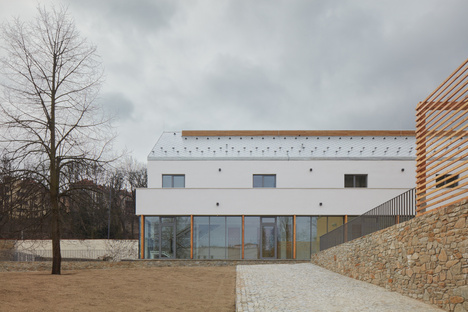 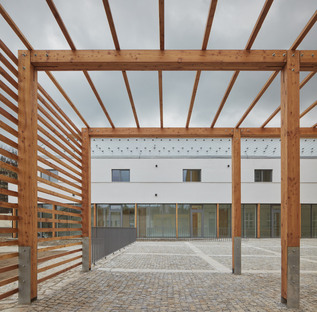 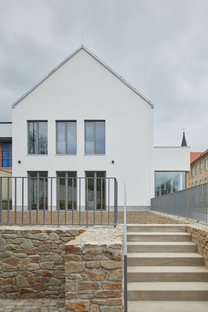 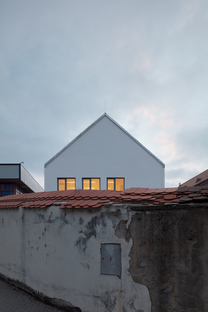 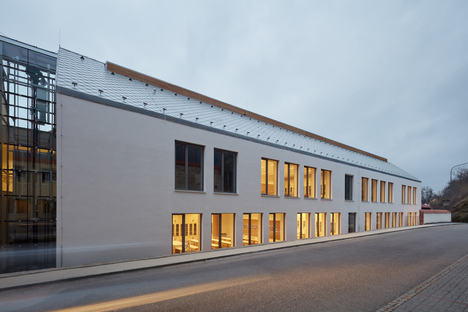 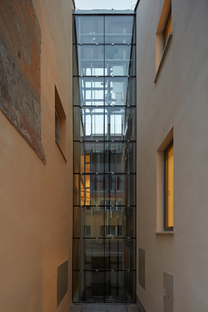 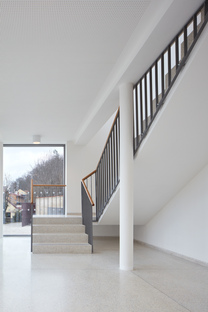 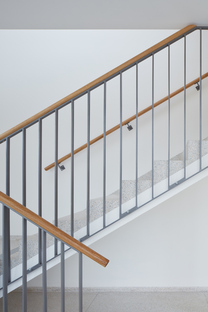 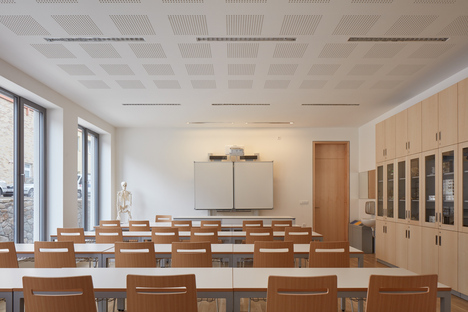 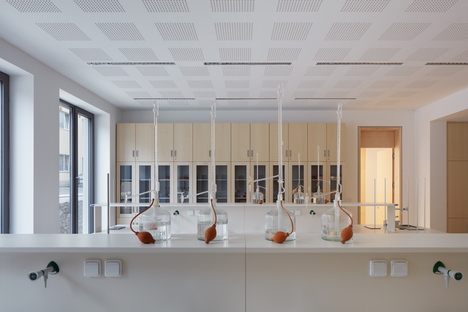 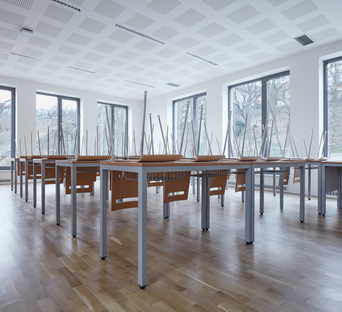 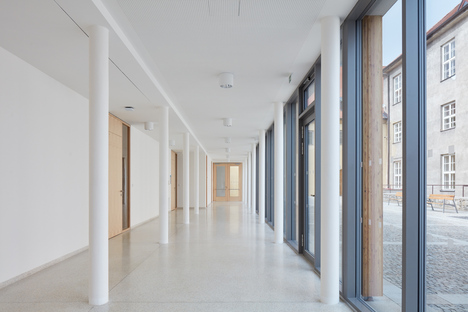