EXIT for COP21 at the Palais de Tokyo, Paris

Only a few days left to see the “Exit” installation presented by the Fondation Cartier pour l'art contemporain. 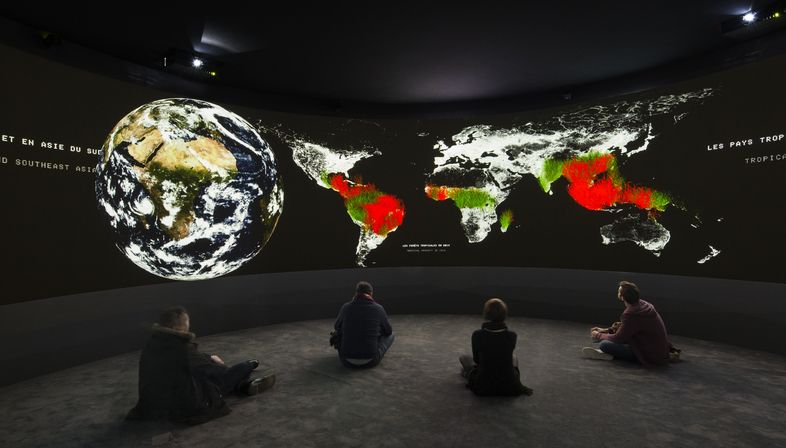 Only a few days left to see the “Exit” installation presented by the Fondation Cartier pour l'art contemporain. The Exit concept was developed by artists and architects Diller Scofidio + Renfro, based on an idea of Paul Virilio and first exhibited in 2008. It has now been completely updated to coincide with the Paris-based United Nations Climate Change Conference (COP21). 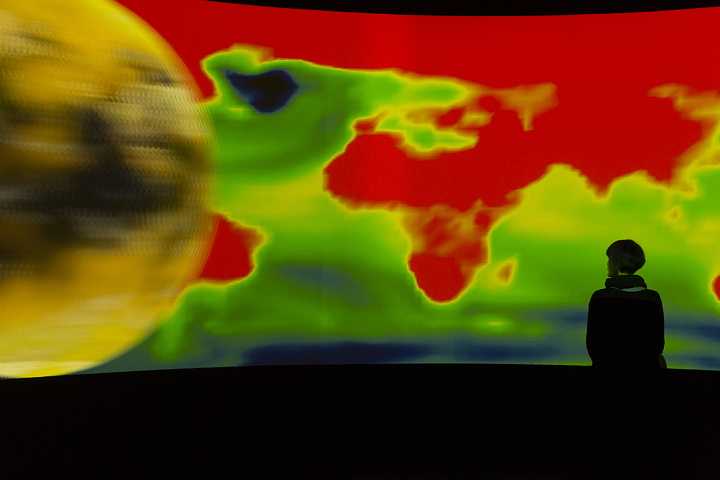 Exit is a dynamic map created by the famous US architecture firm, Diller Scofidio + Renfro and based on an idea of French philosopher and critic, Paul Virilio, commissioned by Fondation Cartier back in 2008 as part of the exhibition Terra Natale Ailleurs commence ici (Native Land, Stop Eject). 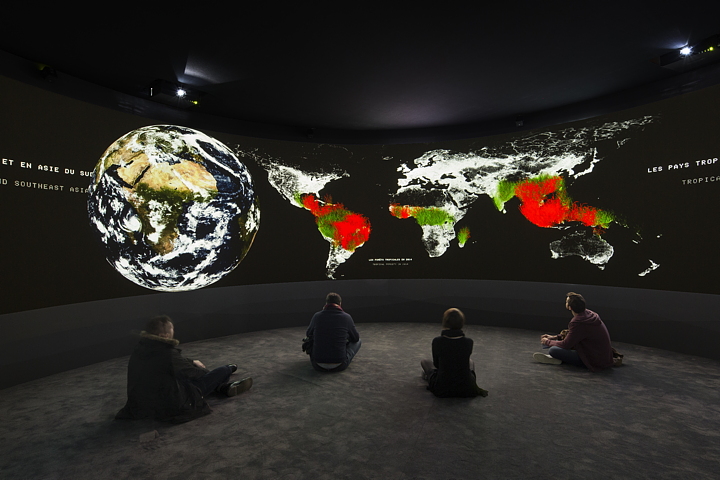 This installation is now part of the Foundation's permanent collection and it consists of a series of animated maps based on geo-data tracking the movements of people around the world and the main reasons for this human flow; it was created together with architect-artist Laura Kurgan and statistician-artist Mark Hansen with a core team of scientists and geographers and was completely updated for the climate change conference COP21 in Paris.

If you visit the Palais de Tokyo before 10 January 2016, you'll be able to plunge into this full-on experience and find out more about the climatic, economic and political migratory flows that are retracing the map of our planet. The installation is a series of maps that explore aspects such as urban population shifts and migration, the flow of people and of money, political refugees and forced migration, rising seas, sinking cities, natural disasters, deforestation and languages in danger of disappearing. All accompanied by video interviews and texts taken from the catalogue of the 2008 “Native Lands” exhibition written by the person behind the original exhibition, Paul Virilio, as well as others including Marc Augé and Peter Sloterdijk.

What better than a multimedia, interdisciplinary installation to acquaint the wider public with these key issues that were discussed during COP21 and that have an increasing impact on our lifestyle choices? 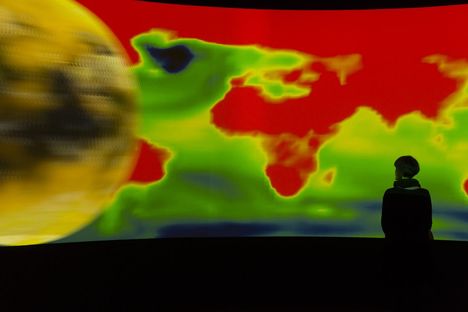 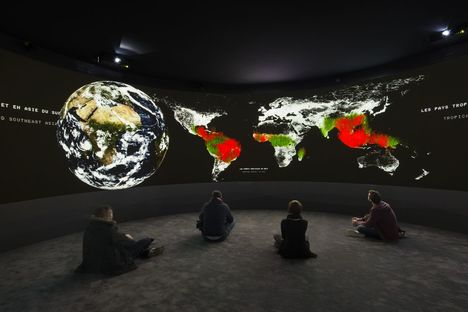