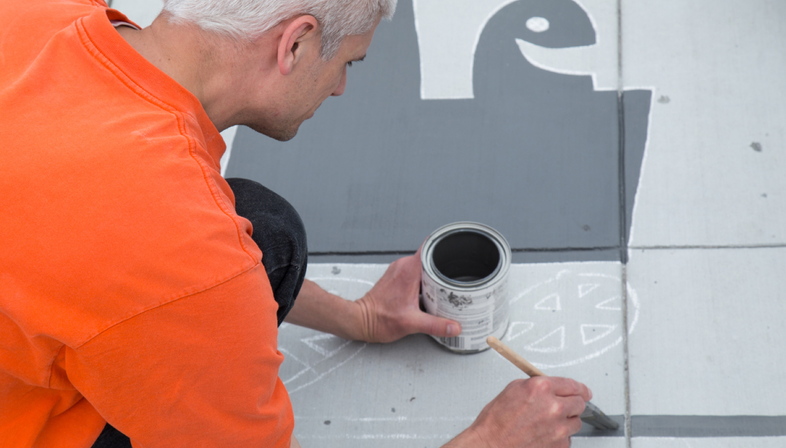 United States graphic artist, Damon Belanger is behind a street art project in downtown Redwood City, California. 20 artworks around the city that change the way we perceive the urban space through unusual shadows.


Transformation and surprise are the two keywords describing the theme of the art project by graphic artist Damon Belanger in downtown Redwood City, California.
The Californian city located 40 km south of San Francisco is where the Redwood City Improvement Association, a non-profit community benefit district works to enhance Downtown Redwood City, in partnership with Redwood City Parks, Recreation and Community Services Department; Redwood City Parks and Arts Foundation; and the Partnership Redwood City Program.
One of the many strategies that can improve the use of urban spaces is, of course, public art, so the Redwood City Improvement Association donated a large sum of money for art installations, selecting for the project Damon Belanger and the “shadow art” he paints using stencils.
Belanger crafted his playful artworks in twenty different locations in Downtown Redwood City. In the artist's words: “We don’t pay much attention to shadows until something interesting happens like you notice a shadow cast by a tree that looks like an animal or something unusual. It’s kind of like looking for shapes in clouds.”
Which is how Damon Belanger approached his work in the city, painting the shadows of urban furnishings that normally we would never even notice, like bike racks, or light posts or benches on the streets. These unusual shadows on the pavements force us to look twice and become more aware of the environment around us.
Damon Belanger's is a light, poetic artistic work, a kind of complete opposite of the colourful rhetoric of murals, here playing with the flat shadow dimensional art effect using stencils. His “shadow art” opens our eyes to what Downtown Redwood City offers, expanding our visual horizon without invading it. 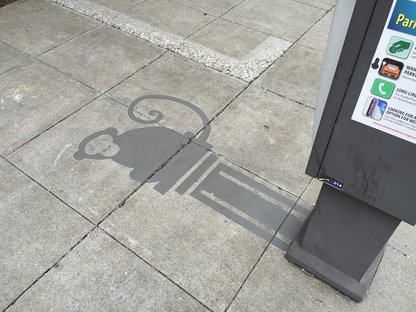 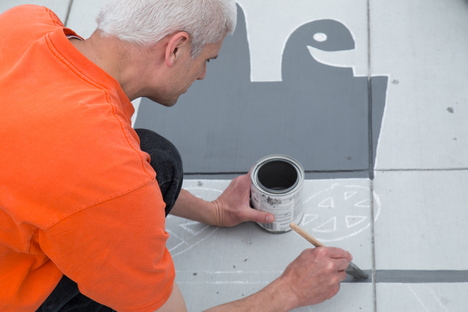 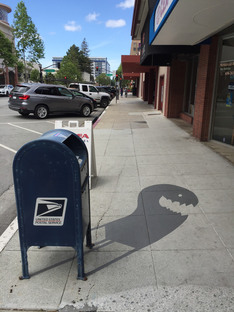 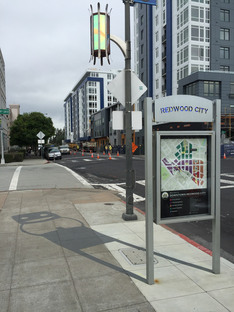 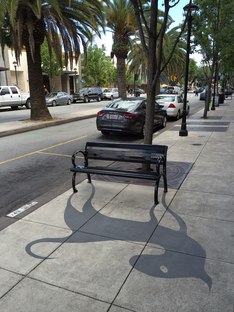 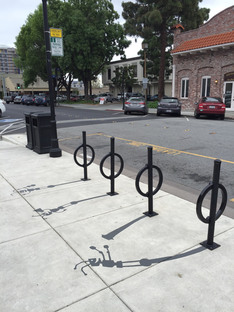 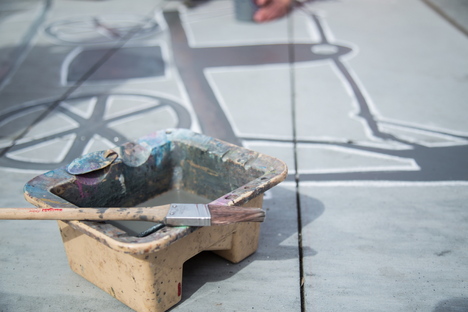