Dalton Gin Bar is the final part of La Revolución Comedor, a project by Red Arquitectos headed by Susana Lopez in San José Del Cabo, Baja California A rooftop bar that stands out for its attentive design and scenic views over the old town centre. 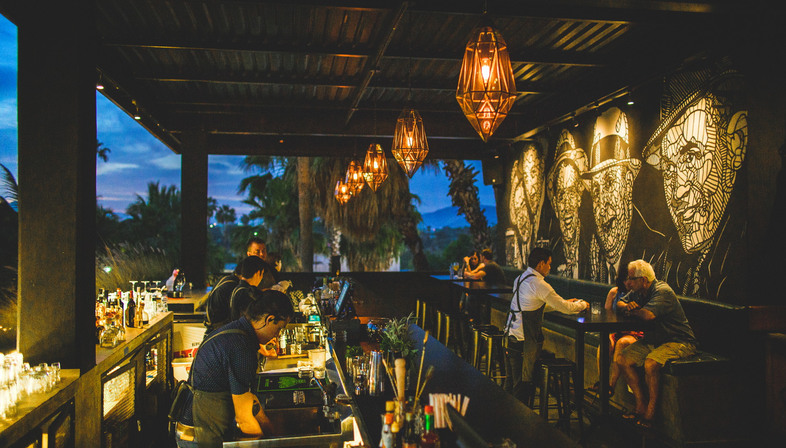 Dalton Gin Bar is the final part of La Revolución Comedor, a project by Red Arquitectos headed by Susana Lopez in San José Del Cabo, Baja California A rooftop bar that stands out for its attentive design and scenic views over the old town centre.


Our readers already know about La Revolución Comedor (link), a restaurant in the historical centre of San José Del Cabo, one of the most popular tourist destinations in the Mexican state of Baja California. Here, the architect Susana Lopez and her team from Red Arquitectos  revamped a late 19th-century house, listed as a historical monument by Mexico's National Institute of Anthropology and History (Instituto Nacional de Antropología e Historia - INAH). This is a Mexican federal government bureau established in 1939 to guarantee the research, preservation, protection, and promotion of the prehistoric, archaeological, anthropological, historical, and palaeontological heritage of Mexico. Its creation has played a key role in preserving the Mexican cultural heritage.
Of course, this meant that Red Arquitectos were forced to address certain restrictions during the project but, like always, these are the sorts of challenges that really get the creative juices flowing. Not for nothing does most Susana Lopez mainly work on existing buildings, which, thanks to the Mexican architect's careful approach, regain a new value not only for the owners but also for the community itself, which is further enriched by these redevelopments, as we saw, for example, in Veracruz in the case of the Café Impetus (link).
The ground floor of this small building was turned from a “place that was let go” into a “place where you can let yourself go”, manifested by celebrating and preserving the historical heritage mainly by selecting building materials like brick and wood to create the environments where chef Benito Molina reigns. For the Dalton Gin Bar, on the rooftop of the premises, Red Arquitectos has created a large steel gazebo without damaging any part of the historical building. A solid but demountable structure that protects guests who can get stuck into the cocktails prepared by barman Oswaldo Vazquez and take in the unbeatable views of the sunsets and the urban fabric of San José Del Cabo.
For the interior design of Dalton Gin Bar, the architects continue with the same, simple lines of the restaurant, this time giving them a more contemporary appearance, also considering the intended use of the bar for a mainly younger clientèle, and the live music events held with top-notch DJs.
As Susana Lopez says, Dalton Gin Bar is a space that was crafted with the idea of bringing to the fore what was already there, so, despite the design complexity of the architectural project, the scenic backdrop remains the context, and there's none of this obsession with being in the limelight. The project by Red Arquitectos boosts the comfort and use of this historical building, rehabilitating it and giving it back to the city as a part of its lively social life. 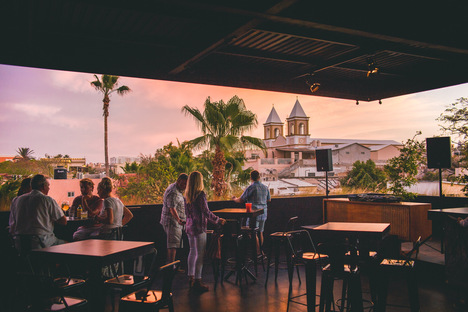 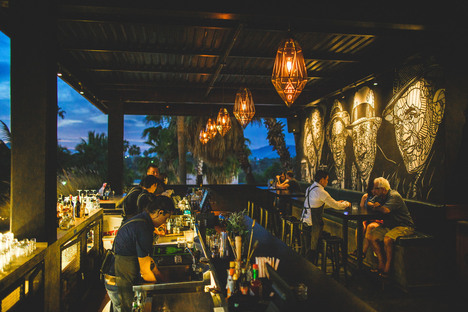 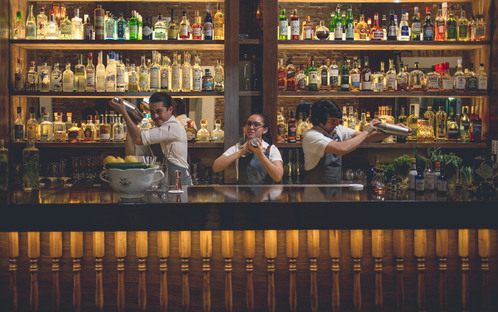 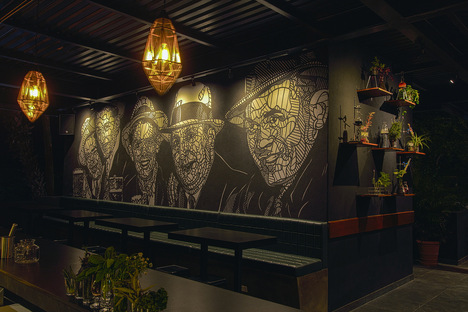 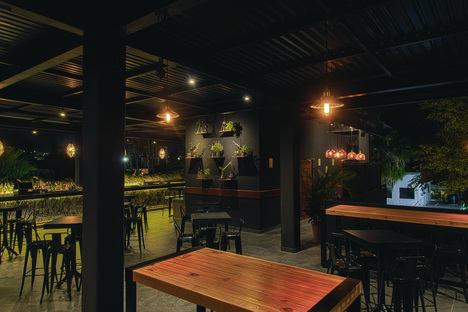 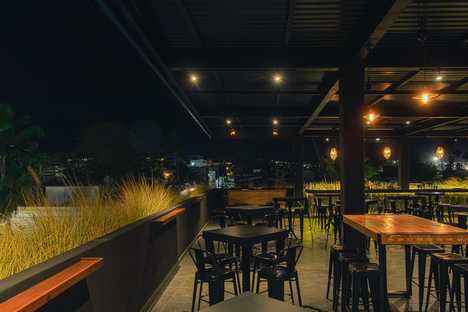 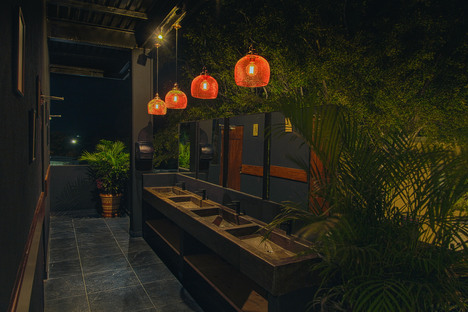 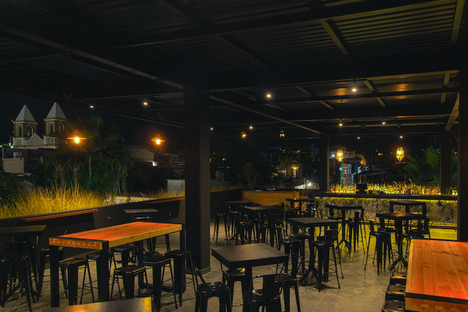 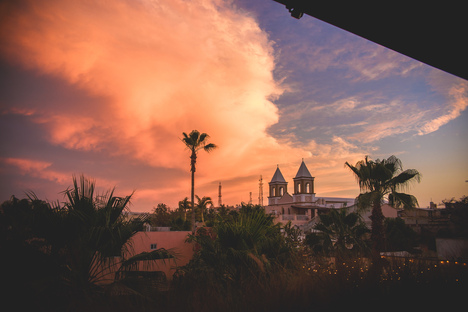 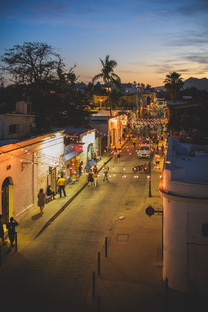 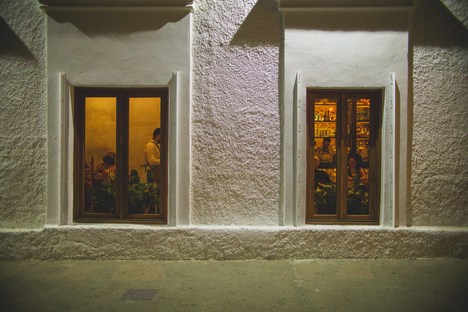 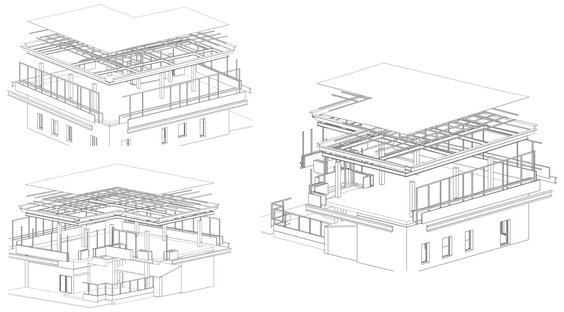 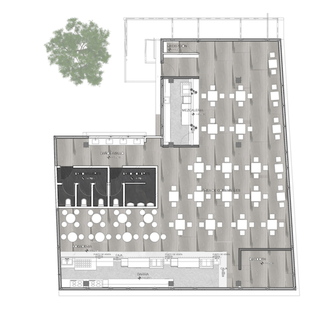