The young Czech architectural studio, ValArch Ateliér, has built a rural house that combines respect for the context with the use of local raw materials. Chestnut House is a welcoming sanctuary in an area of great scenic beauty. 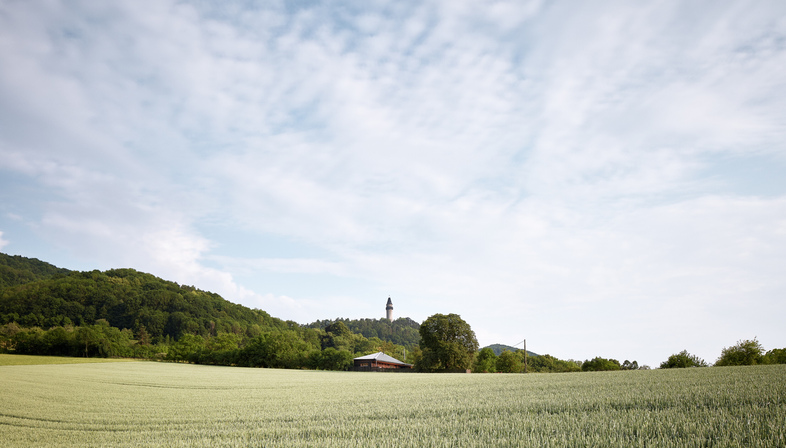 The young architects from ValArch Ateliér work in their home region of Moravian Wallachia. This mountainous region is located in the easternmost part of Moravia in the Czech Republic, near the Slovak border.
The first house designed and built by ValArch Ateliér sits on a small plot of land between the towns of Kopřivnice and Štramberk. It was built in a former recreation area where a large, old Chestnut tree was growing in an overrun field. This majestic tree became the focal point of the property, and Chestnut House was named after it.
Starting from that tree, ValArch Ateliér designed the house to blend in as much as possible with the lush green surroundings. They used raw, untreated wood for the construction. The wood turned dark brown after charring treatment and the colour alone, sitting in the middle of all that green, echoes the image of a chestnut breaking out of its thorny shell.
The house consists of two sections, one a large living area, and another smaller technical zone, both under the one roof. This roof also covers half the patio and entrance with a large overhang. An open but undercover vestibule entryway area separates the two sections. On the one hand, this protects the access to the living and the technical zone, but it also doubles as a wood store and sheltered area where the occupants can sit and enjoy a cup of coffee as they take in the natural surroundings.
Above the foyer and the kitchen in the larger living zone is a sleeping platform for guests overlooking the living room and dining area. The whole space is open to the ceiling to create a loft-like ambience.
The east side of the house is higher than the west, and it is also the side with the most windows. This allows it to capture the morning sun and also provides stunning views over the hill of the castle and famous tower, which gave its name to the town of Štramberk.
A short passageway connects the main living space to the bedrooms and bathroom. The master bedroom with built-in robes is located at the end of the passage. The children’s bedroom is on the opposite side; Questa it is separated into two spaces - a place to sleep on the top and a play area below that - a child’s delight and their very own kingdom!
ValArch Ateliér built the Chestnut House using timber fitted into a steel frame. The framework sits on steel and concrete blocks and has an accessible crawl space. All the materials were sourced locally when possible, with a focus on natural materials to keep the environmental impact of the project as low as possible.
Chestnut House by ValArch Ateliér is a virtuous example of Vallachian architecture in the 21st century: built with local, natural raw materials and with the utmost efficiency and environmental attention. 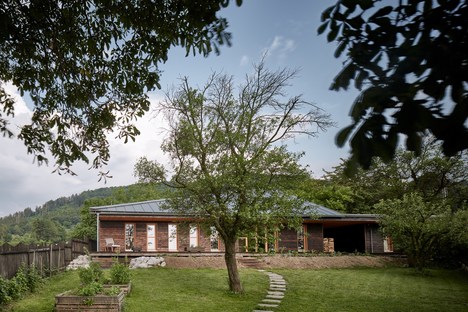 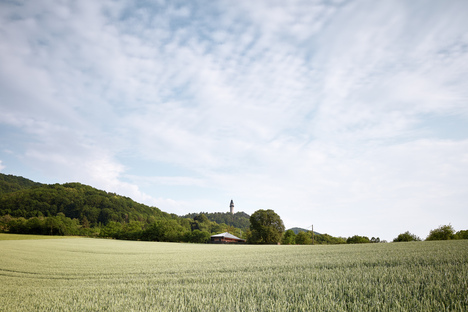 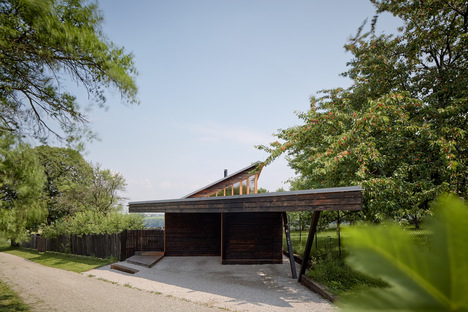 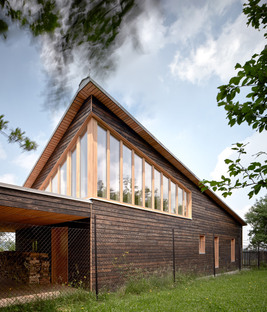 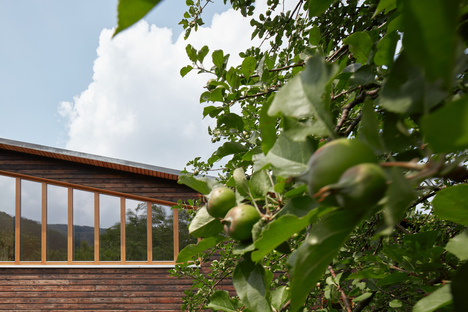 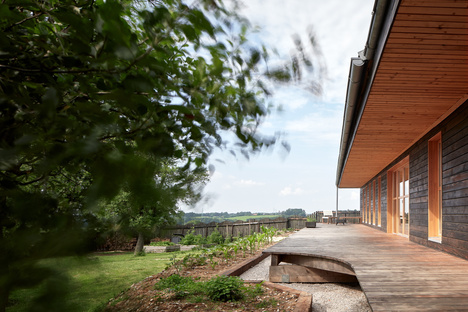 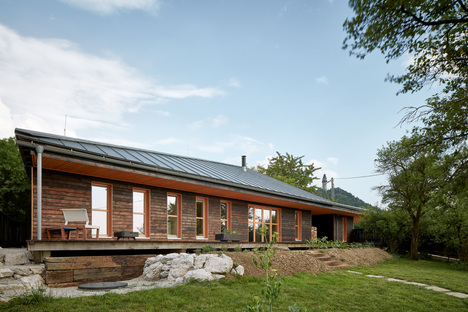 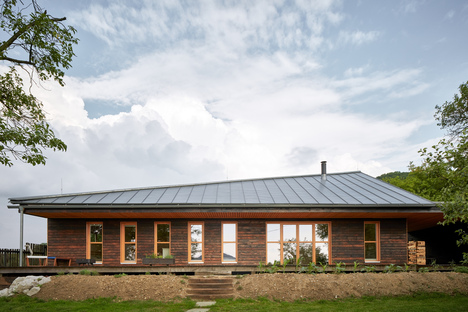 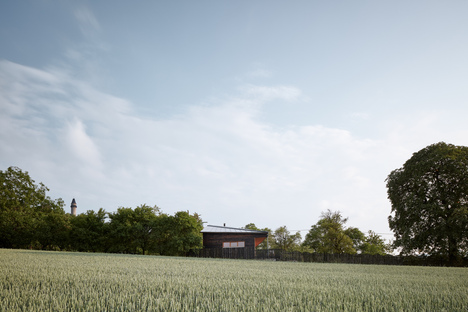 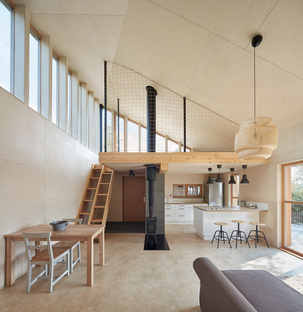 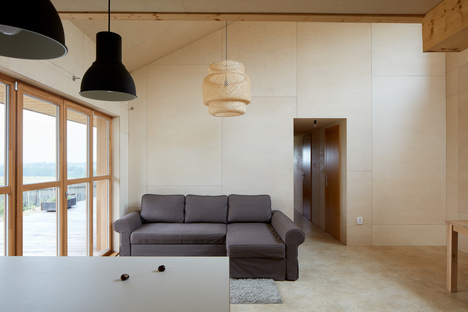 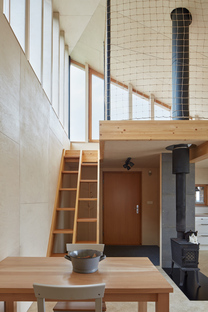 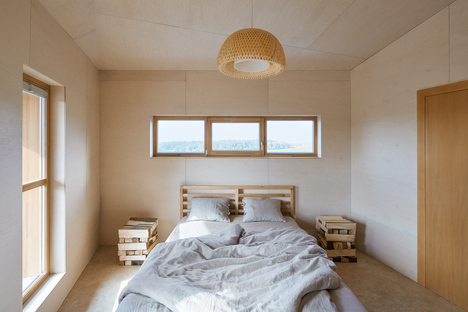