ReCS Architects (Pier Maria Giordani, Mario Scaffardi, Zhen Chen and Antonella Marzi) responded to the request to make over a legacy from the 1960s by compressing its functions, improving its environmental performance and building interaction between interiors and exteriors. 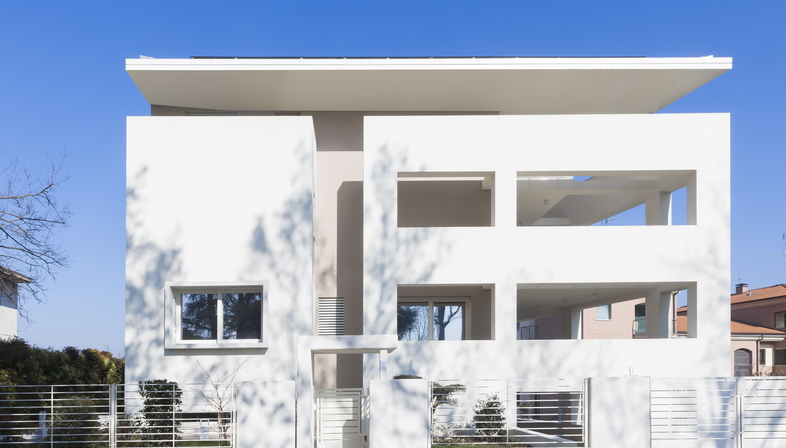 ReCS Architects (Pier Maria Giordani, Mario Scaffardi, Zhen Chen and Antonella Marzi) responded to the request to make over a legacy from the 1960s by compressing its functions, improving its environmental performance and building interaction between interiors and exteriors.


It's never an easy task to revamp old buildings, especially when there are certain restrictions with regard to increasing the usable area. In that case, you need to make the most of the available space by modifying and compressing the living functions.
Which is exactly what happened in Sant’Ilario d’Enza, Reggio Emilia, a municipality bordering with Parma. Here, the architect Pier Maria Giordani from ReCS Architects was commissioned to expand and modify a single-family home to meet the client's current needs. ReCS, an abbreviation of Re City Size, in other words, rethink the size of the city, where the designers imagine the urban space as an intelligent, inclusive, liveable, sustainable body, rose to this challenge with a really smart-looking response.
To meet the client brief, an extra storey was added to the simple floor plan of the home on Via Emilia, one of the Viae Consulare roads from the Roman era. Their project involved a complete overhaul of the home's construction system, replacing the simple masonry of the 1960s building with a trillithon, forming the basis of the classical architecture orders, where the vertical supports are represented by the column and the horizontal element by the cornice.
This design response also makes the building more earthquake-proof. The outer perimeter was redesigned to compress the various functional areas and facilitate the use of the residential and external environments, a system of overlapping balconies that serve as an extension of the home. To harmonise the visual impact of the house - which looks like a regular polygon - a diaphragm was constructed on the east side to protect these spaces and, at the same time, through carefully proportioned openings cut into it, to provide views of the surrounding landscape.
The simple, uncluttered appearance of the new dwelling is also accentuated by the new roof, which perfectly describes the building's new perimeter and also covers the patio areas, thus becoming an integral part of the house.
The interiors are crafted as a T-shaped structure, with large windows at each of the ends of the same size as the overlooking environments that accommodate the kitchen, living room and dining room. So, the designers from ReCS met the client's brief and also created rooms that stand out for their elegance and light, all in total harmony with the home's pure white skin.
With Casa Patterlini, ReCS Architects has come up with a virtuous example of the makeover of an existing building that doesn't compromise on contemporary aesthetics. 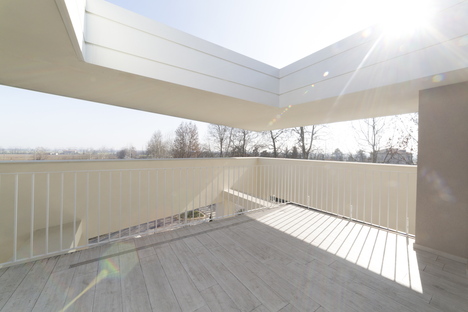 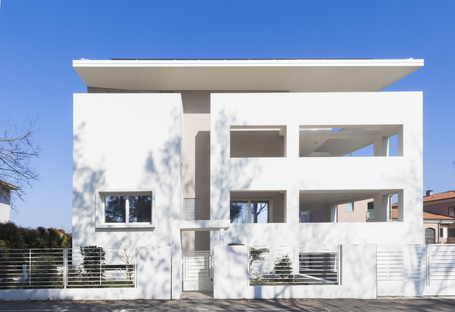 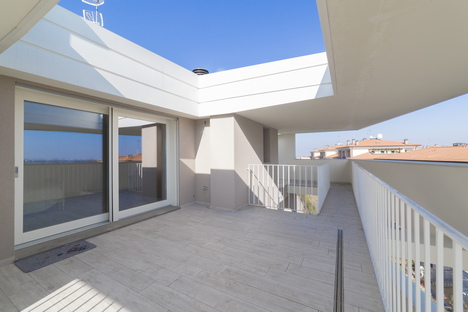 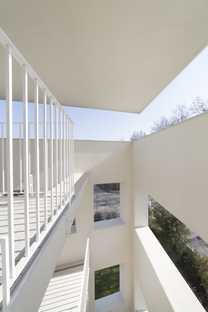 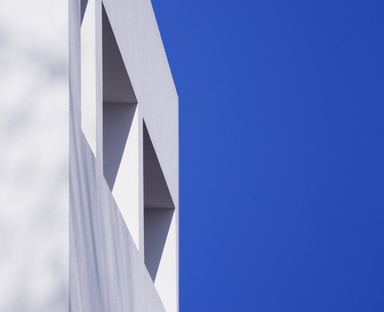 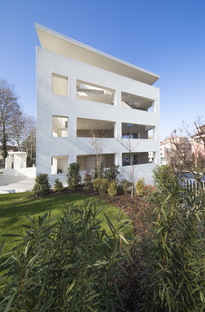 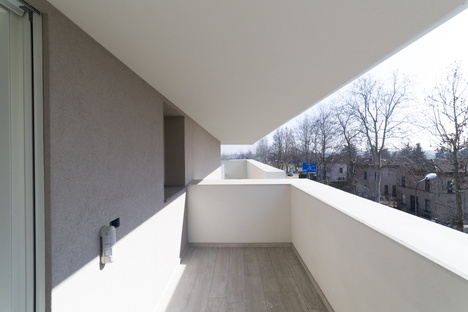 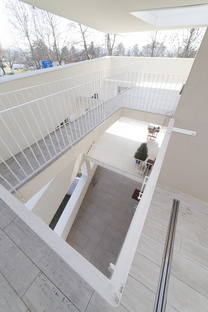 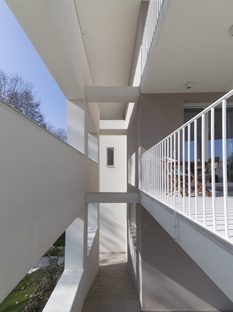 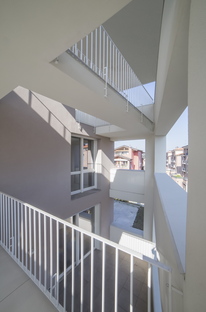 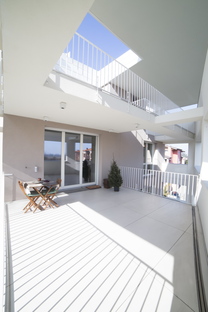 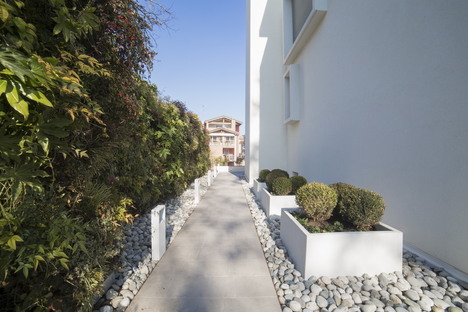