The US multidisciplinary design firm Cushing Terrell has designed the adaptive reuse of the Buda Mill & Grain Co., historic agriculture property in Buda, Texas that has been converted into a cultural and retail destination. A project that was driven by the desire of the local community to revive their town. 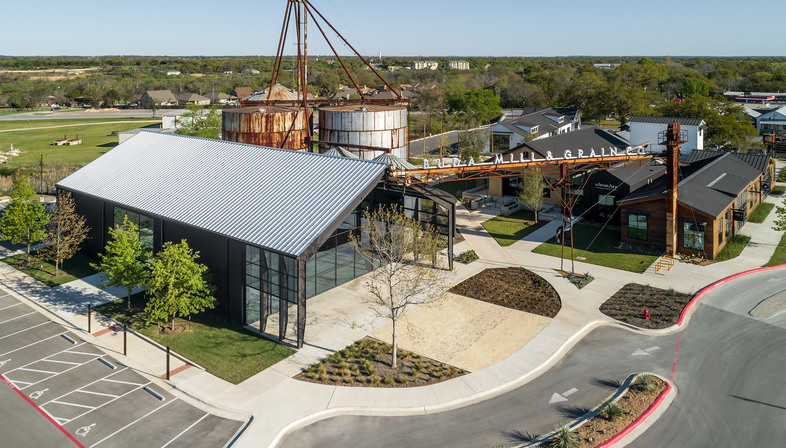 Buda (pronounced Byooh-duh), in Hays County, Texas is a charming little city 20 minutes outside of Austin. This commuter town has a population of more than 16,000. It is also a home rule city, which means that the elected council is free to pass laws and ordinances as they see fit to further their operations, within the bounds of the state and federal constitutions but with lots of freedom to make decisions.
To preserve the historical memory of the city at this time of development, a group of citizens decided they wanted to give new life and new purpose to the historical landmark of the Buda Mill & Grain Co. They decided to convert the dilapidated metal sheds, silos, and a cotton gin dating to 1914 into a multifaceted, community-focused destination with room for culture, retail and get-togethers. They approached the Austin branch of Cushing Terrell for the architecture project as well as the engineering aspects and the graphic design.
The complex is composed of several structures—a mix of old and new—including a renovated 105-year-old cotton gin building, large, refurbished steel equipment shed, a historic elevated grain augur, four vintage silos, and three new buildings.  The challenge for the architects was to preserve what they could, combining the existing structures and the new structures to create a cohesive whole.
At the heart of the project is the over 550-square-metre black barn, appropriately nicknamed Big’un. Taking advantage of the simple, modular elegance of its structural system, the walls of the first bay were removed to create a Texas-sized covered porch that faces Main Street. The architects replaced the barn wall with glazing to connect with the exterior. The building is slated for a future retail space, restaurant, and brewery. Insulated steel mullions supported by the repurposed steel columns removed during Big’un’s renovation made the thinly detailed glass wall possible. The original metal roof, historic silos, and overhead augur were integrated into the final design as a nod to the site’s former use. The auger became the perfect armature for the Buda Mill & Grain Co. sign.
The 278-square-metre brick building housing the original cotton gin is more than 100 years old, and the Cushing Terrell designers managed to keep it mostly intact. They simply stabilized the structure and used steel and concrete additions to complement it and make clear the distinction between what’s historic and what’s modern. Outdoor areas surrounding the structure were enhanced with simple solutions to block the hot, Texas sun while preserving views of the landmark building to create an inviting space for patrons to meet and linger. Bricks removed during the renovation were salvaged and repurposed while board-formed concrete site walls provide space for signage. Concrete pathways guide visitors through the Buda Mill and Grain Co. complex.
The engagement of the local citizens and the carefully considered project by Cushing Terrell have turned this historic landmark into a popular venue for the community. The historical architectural legacy has turned out to be an excellent foundation for the city’s future development. 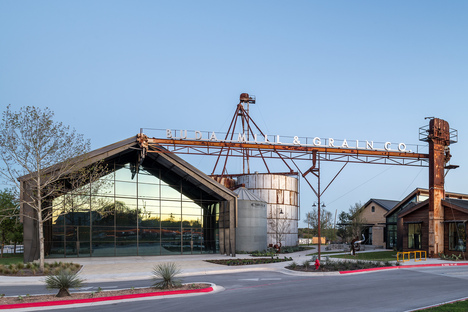 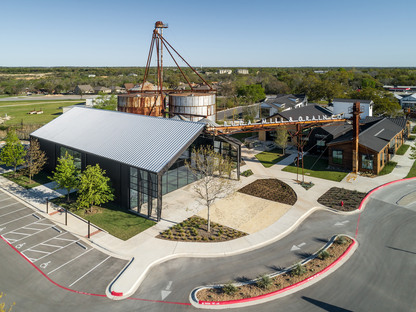 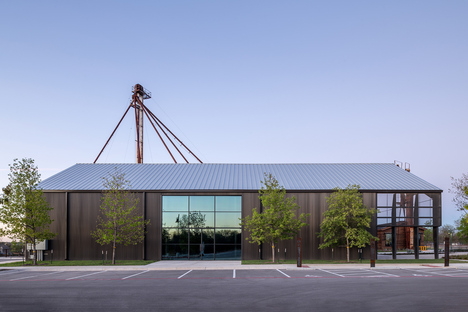 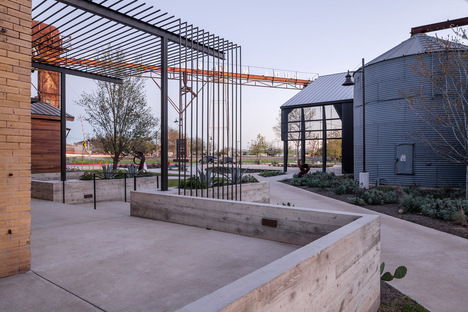 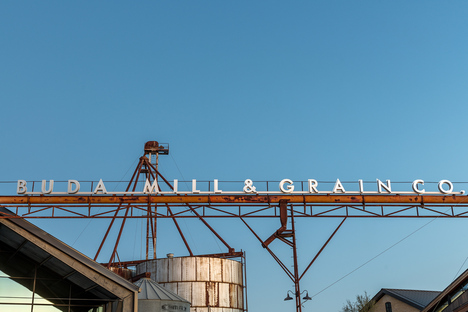 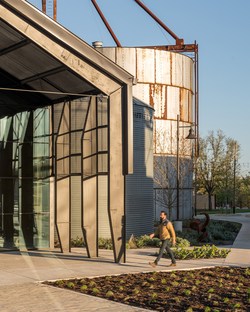 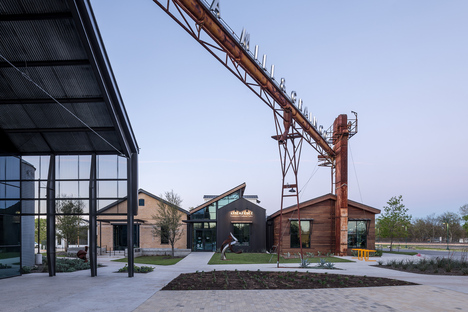 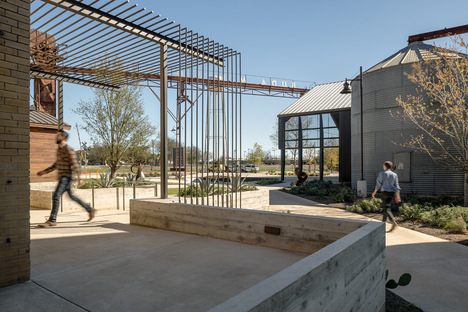 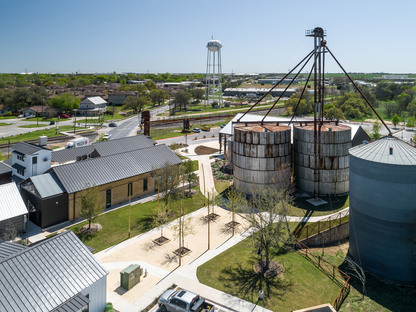