After the 2018 launch of the prototype of its mobile micro-home, the Slovakian company, also called Ecocapsule is now ready to get serious. The first micro-home is available for rent to the general public in Bratislava, providing the opportunity to live in a sustainable, autonomous housing pod. 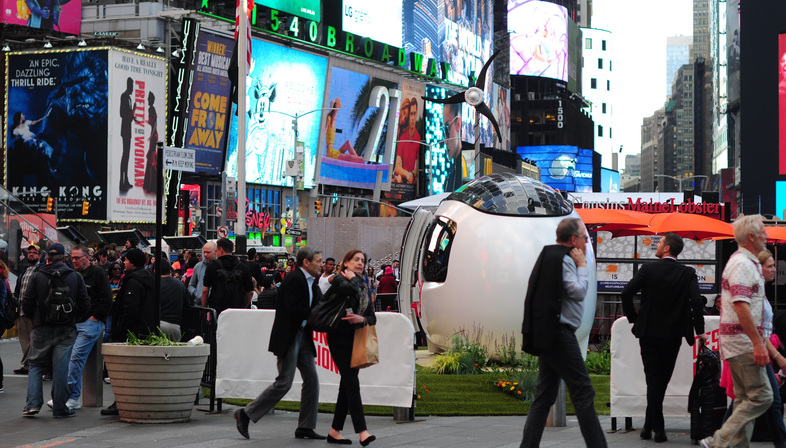 Ecocapsule is a Slovakian company established in 2015. We talked about their Ecocapsule® micro-home, a self-sustaining housing pod with a tiny footprint last year (link) and one of these is now available for rent. The housing pod has been fitted with solar panels and a wind turbine to meet all its energy requirements, as well as a rainwater harvesting and filtering system. It has been positioned on a footbridge in the Zuckermandel district of Bratislava, with a beautiful view overlooking the Danube river.
Intended for both out-of-town tourists and locals, the pod is the perfect base if you want to explore Bratislava. At the same time, you get the opportunity to experience life in a micro-home. The founder and CEO of Ecocapsule, Tomáš Žáček tells us that the location will also be used to organise some low-key events, focusing mainly on the ecology and on zero-waste.
The egg-shaped, multipurpose Ecocapsule® is truly self-sustaining; it can be adapted for use as a cottage, caravan or even a research station because it’s completely off-grid and can be set up anywhere. From the outset, it was designed with solar panels (880 W) and a silent wind turbine (750 W) so it could cover all its energy needs, including the ventilation and heating system. It can also collect and process rainwater to be totally self-sufficient and because all the systems can be managed by a bespoke app, it’s also an off-grid smart home.
The Slovakian company successfully showcased its prototype in Times Square, New York and now the time has arrived to get serious and see how the general public reacts to actually living in a tiny house.
Not surprisingly, but funnily enough, the Ecocapsule is a nod to our collective imagination: on the one hand, it kind of mimics the egg-shaped caravans from the 1950s, giving us a reassuring reference to a quite recent and rather glorious past, and on the other it is reminiscent of our idea of space stations, with the use of high-tech equipment. The tiny interiors of just 8.2 square metres (only 6.3 square metres of which are useable) are minimal but they certainly don’t lack warmth and are just asking to be tried out.
In addition to the pod in Bratislava, another Ecocapsule will be set up in the Netherlands, a country that favours small homes due to its conformation and mindset. There it will travel around different towns rather than standing in one place. 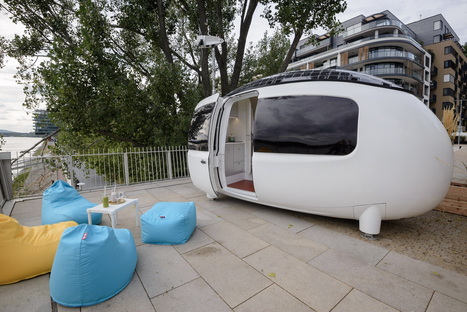 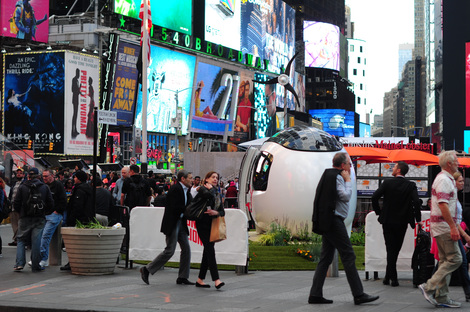 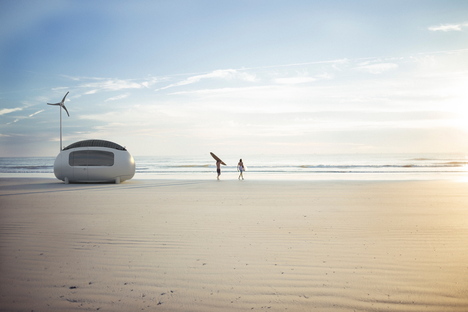 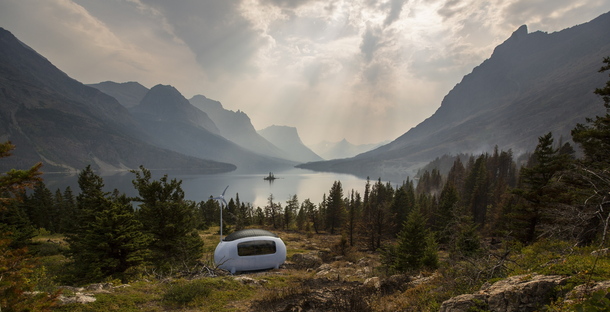 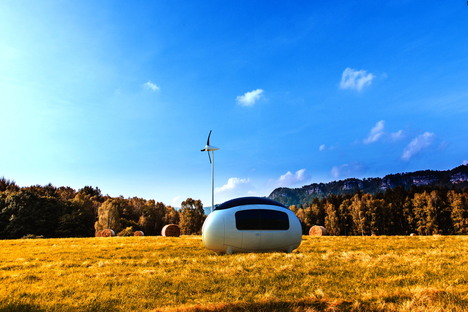 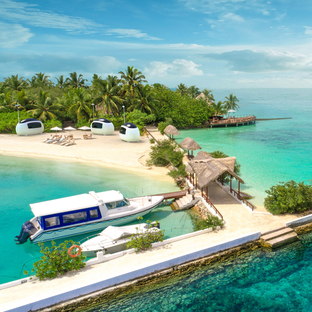 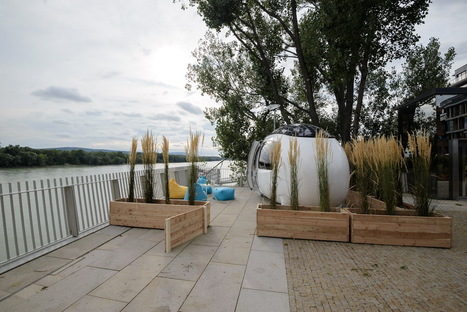 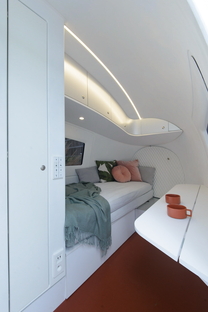 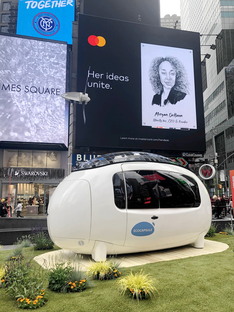 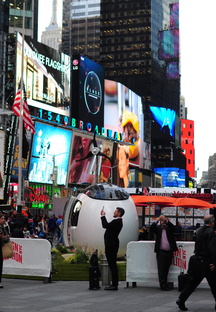