Blouin Orzes Architectes, which has been in business for many years now in the northern part of Quebec, has created a collective architecture with the new Nunavik cultural centre, closely interacting with the natural context, and inspired by the forms of the icebergs. 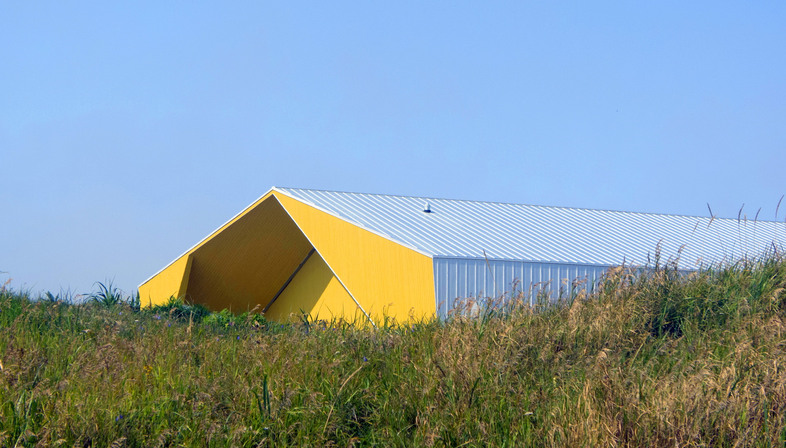 Blouin Orzes Architectes, which has been in business for many years now in the northern part of Quebec, has created a collective architecture with the new Nunavik cultural centre, closely interacting with the natural context, and inspired by the forms of the icebergs.


Despite living in extremely remote communities, the Inuit of Nunavik, an area that occupies a third of the northern territory of Quebec, the northern part of the peninsula of Labrador, do not hesitate to travel long distances by plane to visit each other or participate in a major cultural event.
Now, since Autumn 2017, the 10,000 people living in one of Nunavik’s 14 communities have a place to meet in - the new Cultural Centre located in Kuujjuaraapik (a northern village or Inuit community), north of the 55th parallel. Originally planned as a showcase for the highly popular Inuit Games, this facility by Blouin Orzes Architectes can be used for all kinds of events and acts as the region's community hub.
The new, 680-square-metre centre was built near the mouth of the Great Whale River on a sand dune of exceptional beauty, a unique feature in the permafrost land of this northern territory. The slightly offset, one-and-a-half-storey building looks as if it has been shaped by strong winter winds and resembles an iceberg in its lines and forms. The steel panels and wood planks used for the exterior cladding further cement this impression, although their warm yellow colour is a reference to the underlying sand.
The south-facing entrance portico is reminiscent of the nearby church, the oldest structure in the village and a slightly sloping concrete ramp leads up to it, creating an additional meeting place and play area for the community.
Building in a place like this, where the harsh climate dictates the rhythms of life, means architecture must also take this into account. So Blouin Orzes Architectes, a firm that has been building in northern Quebec for years and is very au fait with the local problems, opted to keep the centre openings to a minimum, only giving the entrance lobby large windows. The main hall can hold up to 300 people and is designed with retractable seating and state-of-the-art scenic equipment and systems meaning it can be used for a range of different events.
The construction of the new Nunavik cultural centre is a very important event for the local Inuit community, which now has a facility to use for their meetings. Another challenge that Blouin Orzes Architectes successfully met, because building a project in the north is a very complex process. From involving the local community to transporting building materials that can only be shipped during the short summer season, you can leave nothing to chance, particularly when shipments typically leave Montreal in June to reach villages such as the Northern Village of Kuujjuaraapik roughly a month later and it reads like the log of late 19th century trappers: ships go up the St. Lawrence River and the Gulf of St. Lawrence, then travel along the western coast of Newfoundland, circle Labrador, follow the Bay of Ungava, the coast of Nunavik, reach Hudson Bay, and head south. 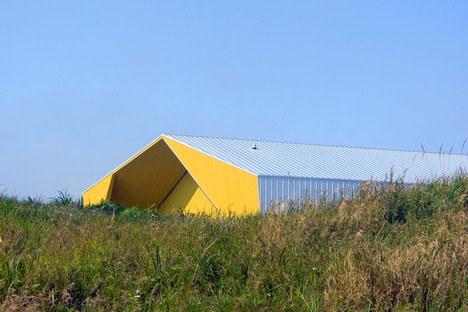 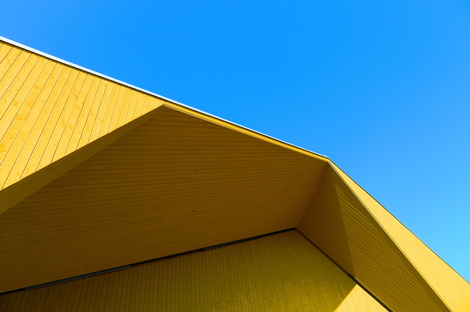 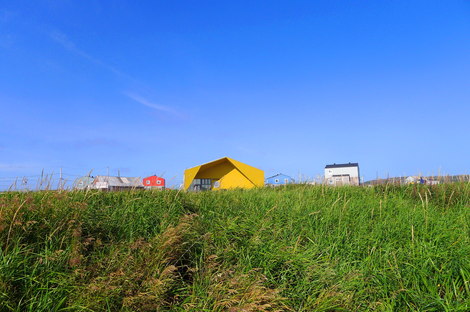 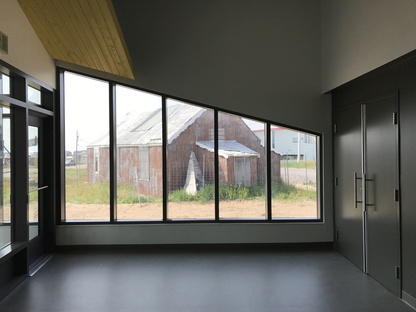 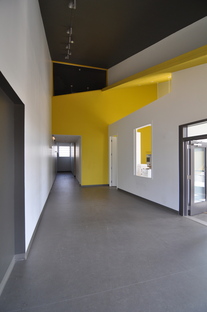 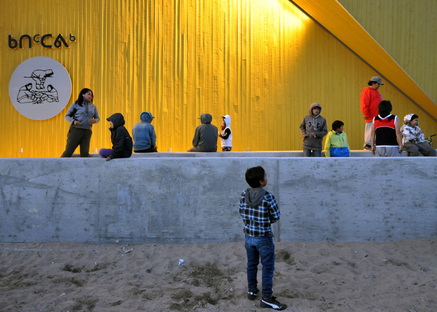 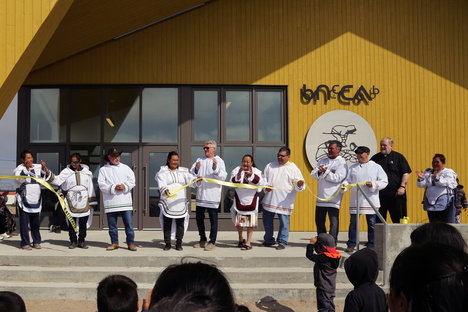 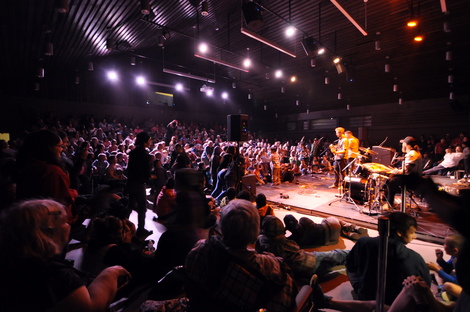 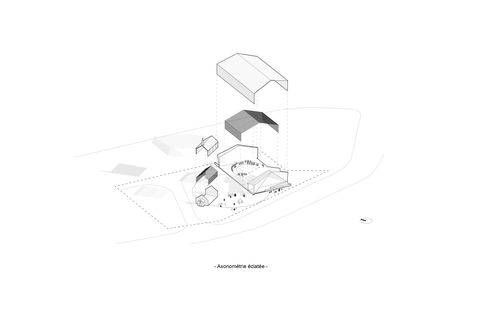 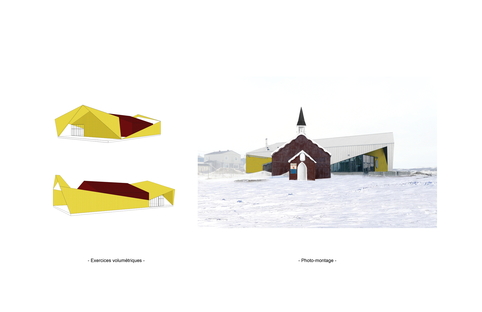 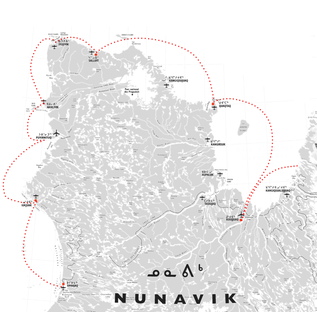 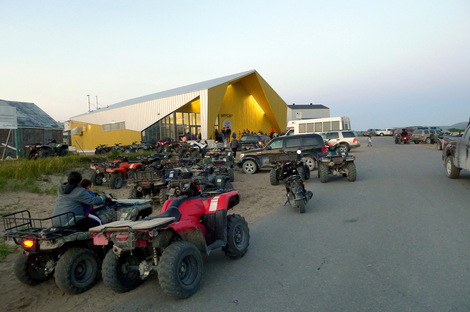