As part of the 16th International Architecture exhibition organised by La Biennale di Venezia and titled “Freespace”, the Karlsruhe Institute of Technology (KIT) will present “Sleeping Beauty”, an exhibition that explores the repurposing of the building designed by Frei Otto, architect and winner of the 2015 Pritzker Prize, announced posthumously.

As part of the 16th International Architecture exhibition organised by La Biennale di Venezia and titled “Freespace”, the Karlsruhe Institute of Technology (KIT) will present “Sleeping Beauty”, an exhibition that explores the repurposing of the building designed by Frei Otto, architect and winner of the 2015 Pritzker Prize, announced posthumously.


One of the major debates in contemporary architecture is whether or not to preserve buildings from the second half of last century. Too recent to be part of the protected architectural heritage but still visually outstanding and important in the history of modern architecture. One example of this is the Multihalle in Mannheim, built by Frei Otto, a great pioneer of both lightweight and so-called sustainable architecture, who died a few days before he was announced as the winner of the 2015 Pritzker Prize, and Carlfried Mutschler as a temporary, multipurpose hall for the 1975 Bundesgartenschau (Federal Garden Exhibition).
The multifunctional building with its organic shape is at the centre of “Sleeping Beauty”, a follow-on to the successful exhibition “Frei Otto. Thinking in Models” hosted last year at the ZKM in Karlsruhe. The building is considered to be the largest timber lattice shell structure in the world and looking at the past, the exhibition presents original archived material as the narrative for its experimental history. It also looks to the future, with its integration into the urban topography and its greenery, since Multihalle embodies an "open space" for an "open society", in keeping with the theme of the 16th International Architecture exhibition - “Freespace”.
The iconic structure had been left vacant for years until the city of Mannheim came to the party and is working with a dedicated group of artists, architects, local residents, concerned citizens, engineers and universities on a new sustainable concept aimed at ensuring its long-term preservation. This open and collectively designed process is unique in Germany and opens up new avenues for preserving the architectural heritage of the near past.
During the Biennale on the island of Giudecca, the “Sleeping Beauty” show in Venice will be the first exhibition in the world dedicated to this fascinating building. The project's initiators and curators are the Berlin-based urbanist and curator Sally Below, and Georg Vrachliotis, professor of architectural theory and director of saai | Archive for Architecture and Engineering, who also created the previous Frei Otto exhibition, Thinking in Models. Both are long-standing advisors to the City of Mannheim on the development of the preservation strategy for the Multihalle. Marc Frohn of architecture firm FAR frohn&rojas, and a professor at KIT Institute of Architectural Design, Art and Theory is the exhibition architect. 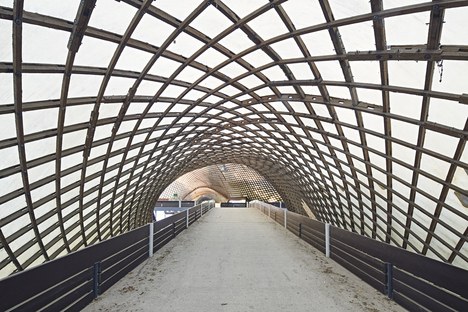 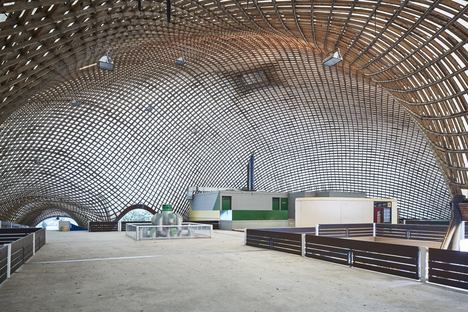