Biennale 2018, special mention to the Pavilion of Great Britain

You won't find a more FREESPACE place than this at the Giardini: the jury of the 16th International Architecture Exhibition - La Biennale di Venezia awarded a special mention to Great Britain's presentation. 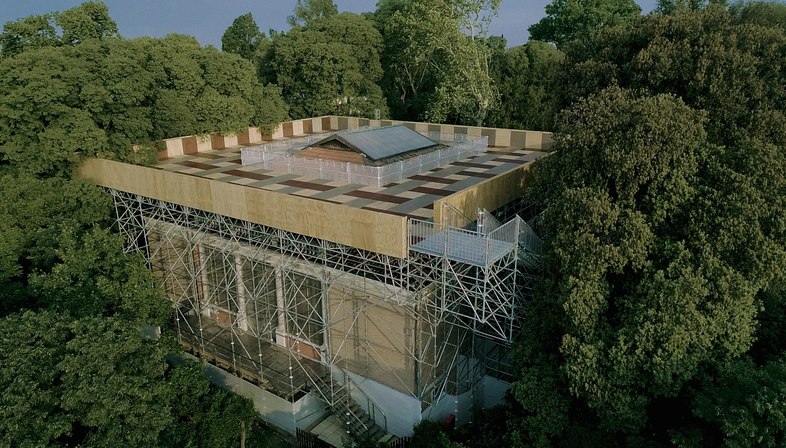 You won't find a more FREESPACE place than this at the Giardini: the jury of the 16th International Architecture Exhibition - La Biennale di Venezia awarded a special mention to Great Britain's presentation. An empty pavilion surmounted by a rooftop space with bird's-eye views of the lagoon.


On our stroll through the Giardini of the Biennale during the preview of the 16th International Architecture Exhibition, we, of course, came across the Pavilion of Great Britain in a strategic position at the end of the avenue. The building was inaugurated in 1897 as a tea house inside the Giardini, then it was adapted for use as the British Pavilion at the 1909 Venice Biennale.
Already from a distance, we could see the eye-catching scaffolding of the building's new wooden platform, so we were really curious to see ISLAND, the exhibition curated by Caruso St John Architects with artist Marcus Taylor.
But there was no exhibition - in exchange, there was plenty of FREESPACE. An empty building. The international panel of judges awarded the Special Mention as National Participation to Great Britain for the following reason: “... the Courageous proposal that uses emptiness to create a “freespace” for events and informal appropriation.”  A decision that may well have stirred up some discontent but from the purely Freespace point of view, we're in total agreement. Because here there's free space galore, inside as well as on the rooftop deck itself, conceived as a new public space. You get there climbing the stairs alongside the Pavilion and it's well worth the effort once you get to the top and see the stunning views of the lagoon and the Biennale Giardini. The only downside: the almost total lack of shade because there only enough yellow umbrellas on one side of the terrace to shelter a few visitors. You can get an even better idea of the stand-out visual impact of the new structure in the photos taken by a drone. In the centre, part of the pavilion roof pushes up like an island in the sea.
ISLAND gave us the idea of a provocation marked by that typical British sense of humour. A bold response to so many problems that are plaguing the Great Britain of Brexit, an island nation that risks being isolated. Which led to the express invitation to the neighbouring pavilions to use the free space in the British pavilion to hold their events.
The curators - architects Adam Caruso and Peter St John from Caruso St John who won the RIBA Stirling Prize for the Newport Gallery for Damian Hirst in 2016 with artist Marcus Taylor - explain that the absence of objects in the exhibition is intended to experience a structure like a building in its various guises, as an island that can provide shelter as much as exile. They want to offer a meeting place to share ideas, a platform, literally here with the new structure on the roof, a forward-looking place that also acknowledges the past, whether good or bad. Because in the empty pavilion you can describe the entire history of the place, the stories and ideas of the exhibitors and of the general public that passed through the building at previous Biennials. An empty pavilion that represents more of an open FREESPACE than any other participation this year. 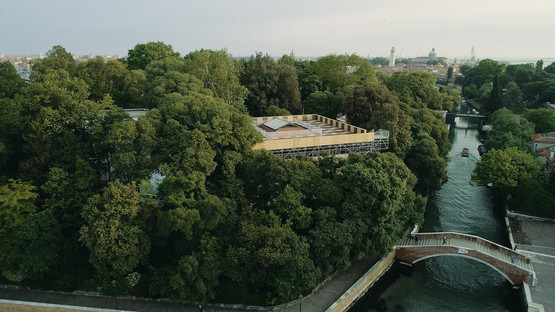 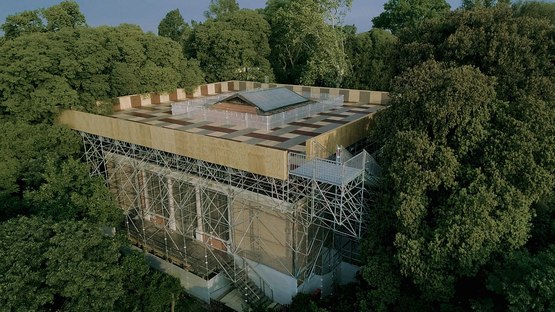 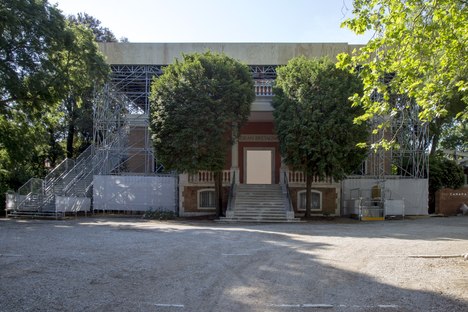 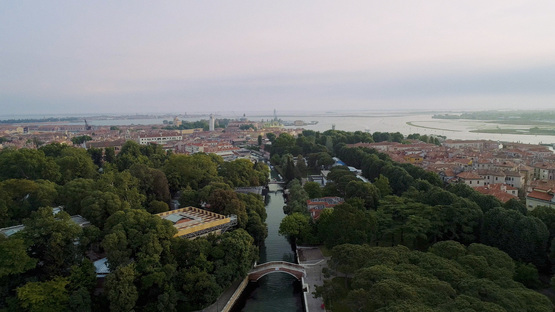 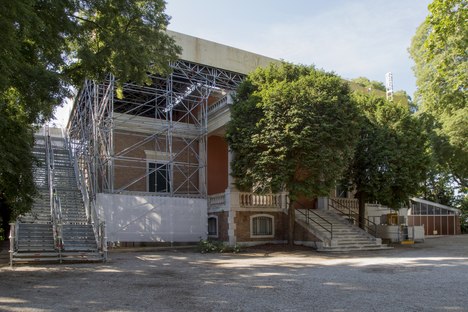 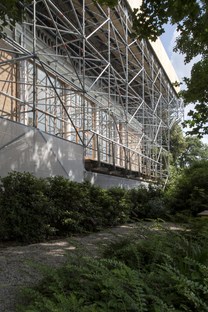 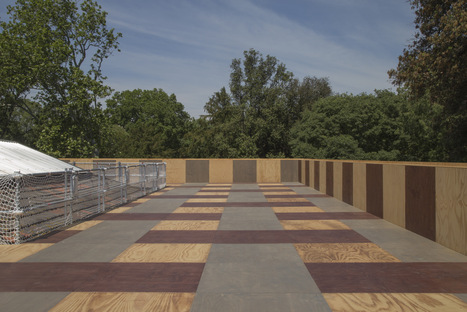 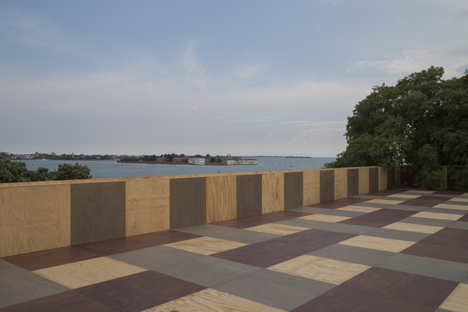 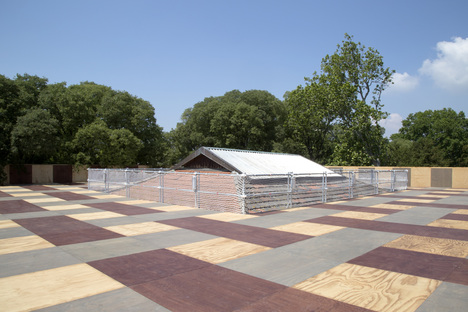 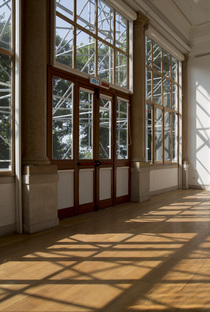 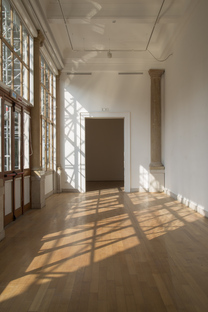 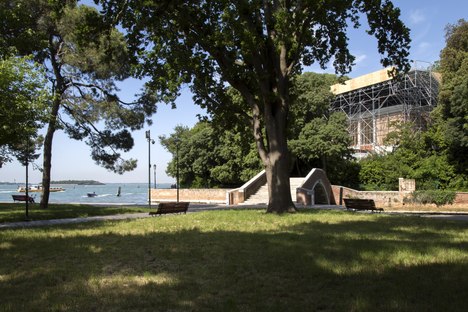