Uruguay's participation in the 15th International Architecture exhibition – La Biennale di Venezia goes back to basics for its “report from the front”. 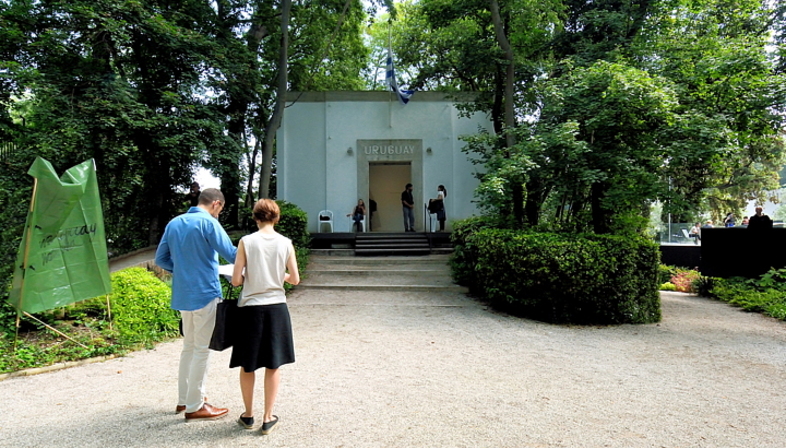 Uruguay's participation in the 15th International Architecture exhibition – La Biennale di Venezia goes back to basics for its “report from the front”. A hole in the floor and a collection of objects, the Rebootati project - declared illegal and therefore suspended. 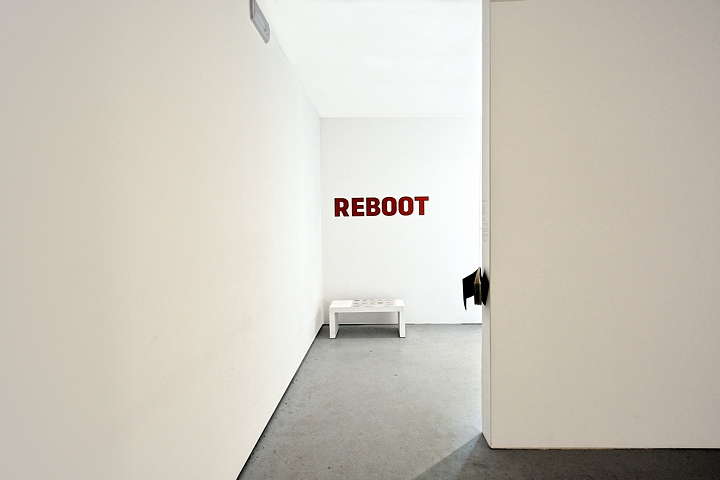 REBOOT, with the addition of rebootATI during the preview is Uruguay's response to the Biennale theme, “Reporting from the Front”. The curator Marcelo Danza and his team decided to work on the actual pavilion - like Germany - and in Uruguay's case this was to send a signal, by digging a deep hole in the exhibition hall.

The background for this idea lies in the country's history and refers to the Tupamaros movement from the 1960s, whose activists used the invisible infrastructure of cities as their underground hideaways. Another historical fact is the Andes flight disaster, where the plane was both the tomb of many passengers and “home” to the survivors. 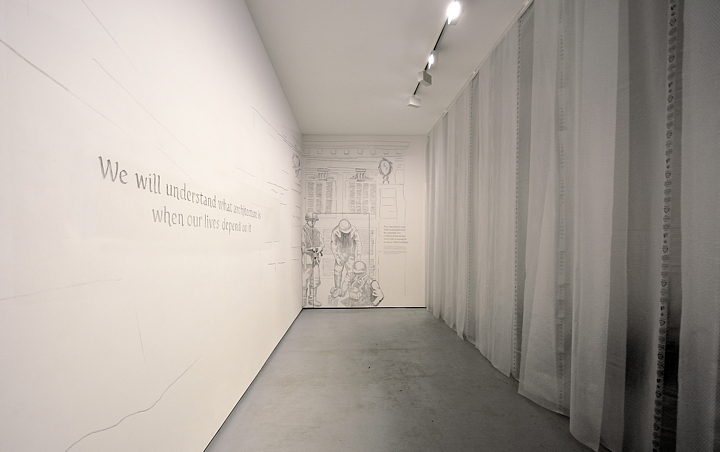 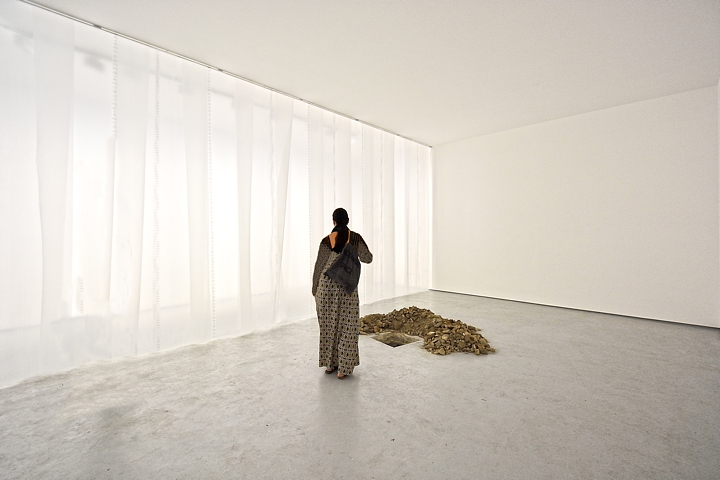 Two examples from history that demonstrate to visitors - in line with the provocative spirit of the Biennale - that architecture can also be generated by people other than professional architects, thanks to the will to survive, which becomes a springboard for the creativity of human beings. Or as the curators say: “Being inhabited makes every object architecture” and “the city is perpetual and unknown”. 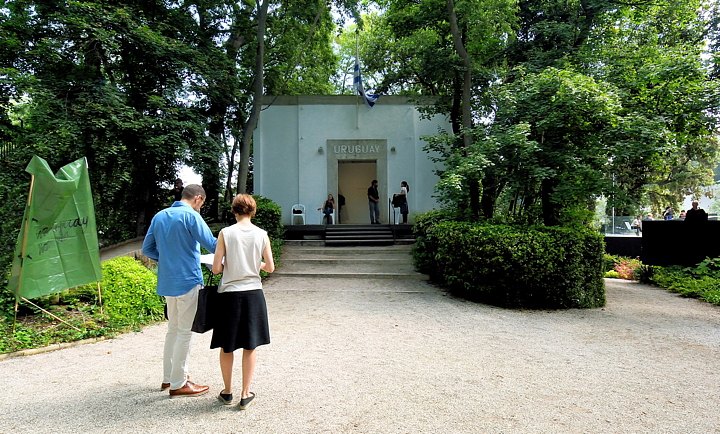 During the preview days, the Uruguay pavilion, REBOOT was supplemented by the project rebootATI, by Marcelo Danza at ATIsuffix, a creative collective specialising in artworks aimed at creating mutual actions. Not surprisingly, as soon as we entered the Uruguay pavilion, we got the feeling we were at the documenta exhibition in Kassel, and coincidentally ATIsuffix has been invited to documenta 14, Athens section (from 8 April to 16 July 2017). 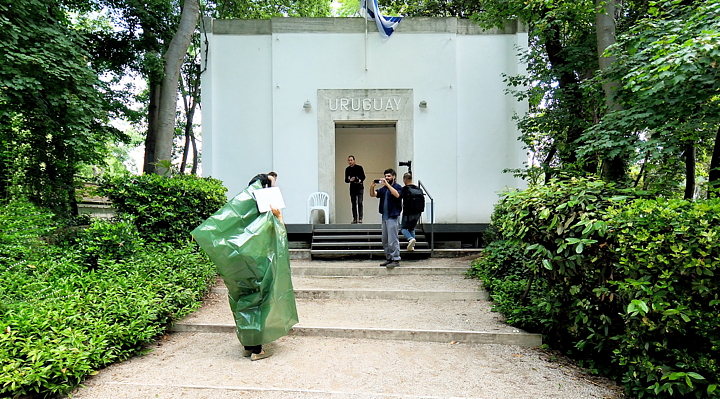 While this fact underscores art and architecture sharing a lot in the search for new responses to issues of our times (architecture of need), the idea of “rebootATI” was to encourage visitors to “collect objects from other pavilions, in order to create a communal transnational report to be archived, packaged and later shipped for exhibition in Montevideo”, during the Montevideo Biennale. The visitors were given 'invisibility cloaks' and invited to take whatever objects took their fancy from other pavilions - in line with their own personal ethics - turning what is actually theft into a “kind of subversive action”, for community collection.

Visitors and critics were really taken with this artistic and provocative idea, but the Biennale organisers weren't quite so impressed and decided to suspend the initiative. Still, we have some photos so, along the lines of the philosophy of webcreativity, they can travel along the surface of time and remain as a record in the eternal present of the time of the web. 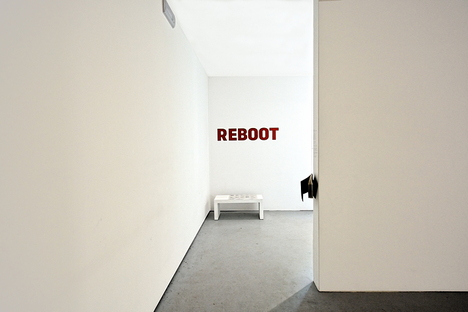 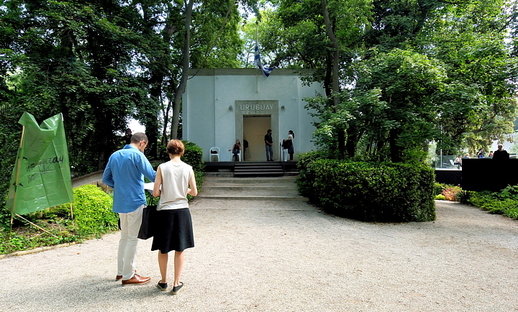 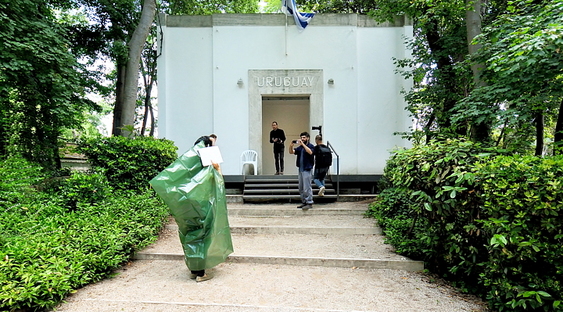 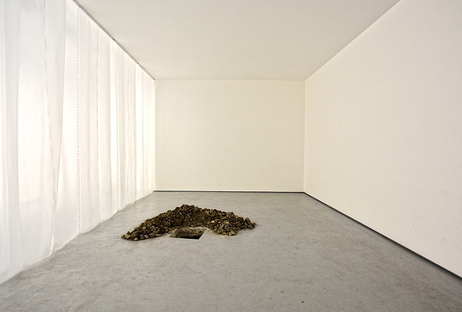 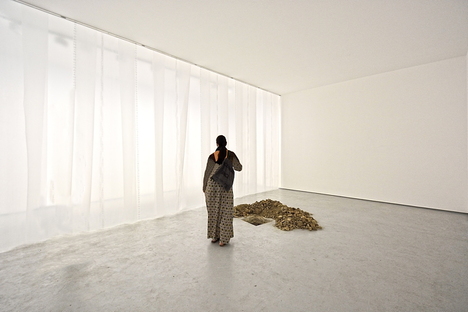 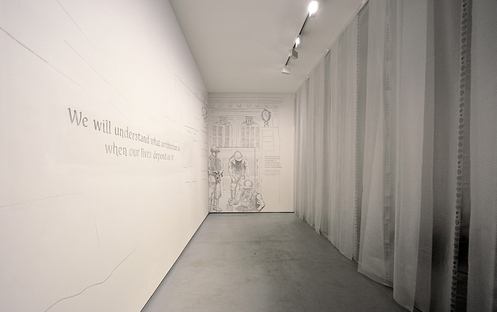 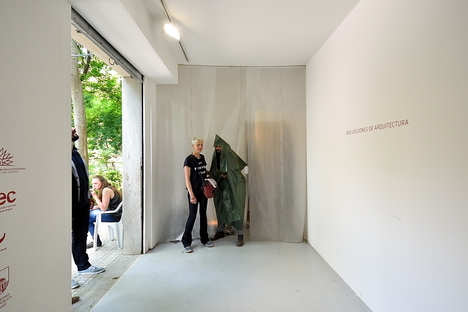 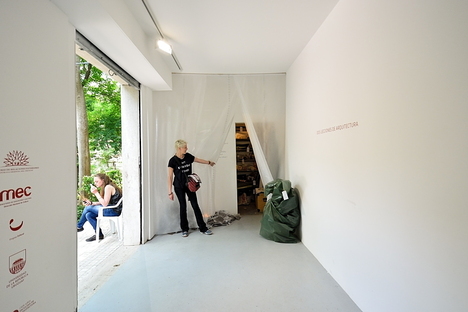