The Czech PAPOUSEK & SILHAN ARCHITECTS studio has designed the maintenance complex for the Golf & Ski Resort in Ostravice. Three houses and a courtyard accommodate the necessary functions, without sacrificing beauty, all in full respect of the natural context in which the complex is set, in the Beskydy Mountains. 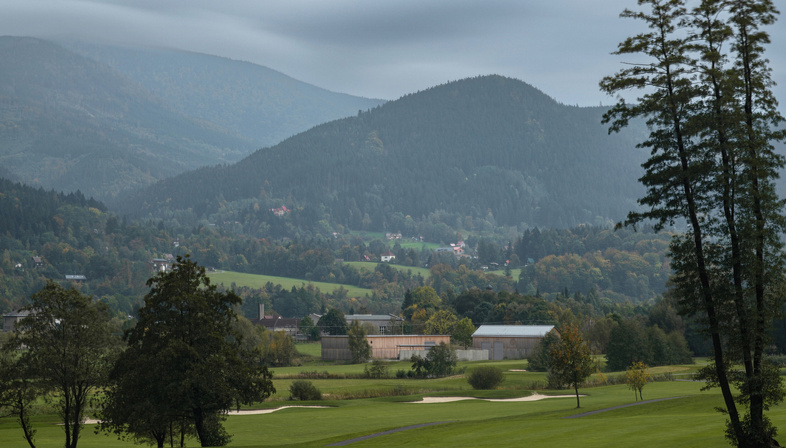 What is the role of architecture and of urban planning when it comes to structures built for purely pragmatic purposes? This is precisely the question underlying the project created by architects Jiří Papoušek and Martin Šilhan, founders of the PAPOUSEK & SILHAN ARCHITECTS studio based in Brno, in the Czech Republic, for the maintenance area of the Golf & Ski Resort in Ostravice.
The resort is well known both for its natural beauty, with views of the Beskydy Mountains – and in particular Lysá Hora, the highest peak of the range – and for the handicap and quality of its golf course. All elements that the architects certainly did not want to overlook when they were asked to design this functional complex for the resort's activities, as the existing structure was no longer sufficient to meet the current needs.
The triangular-shaped site is separated from the golf course by the small Stříbrník stream. The fact that the site is also located close to land destined for housing development further strengthened the architects' decision to go beyond mere utilitarian architecture, in other words banal metal sheds, as initially requested by the client. As architects Jiří Papoušek and Martin Šilhan explain: "At the site's foundations stood our endeavour to follow the local craft traditions and create a set of buildings whose design would not become a thorn in a side to the future residential development and an eyesore to the neighbourhood."
To create their functional construction, the architects opted for a solution in line with the rural context, dividing the complex into three volumes organised around a courtyard, thus using the farmyard scheme as the main source of inspiration for the overall project. But this is not a simple reinterpretation of a historical model, as in their design PAPOUSEK & SILHAN ARCHITECTS primarily followed the logic of maintenance operation and the desire to make the most of the plot's complex shape.
Let's take a closer look at the three volumes. The first is a 2-storey wooden building with a gable roof. It houses the workers' changing rooms, the staff facilities, the office, a storage area and a repair workshop for all the equipment. The second building is a simple one-storey, unheated steel structure with a wooden façade, where the machinery used for the golf resort's maintenance is parked. The third building, which separates the area from the stream and the golf course, is instead an accessory block consisting of concrete cubicles for bulk storage and a shed for covered parking.
The unified visual effect of these three distinct structures is attributed to the material used on the façades, consisting of larch wood panels with mouldings overlapping the joints. To further emphasise the visual link between the three buildings, the architects repeated window and door details in each volume. Craftsmanship typical of the Beskydy Mountains region that underlines the architects' desire to promote this territory and its traditions. A decision which, however, does not affect the functionality of the end result, as the three volumes ensure that all the necessary maintenance operations are carried out efficiently. Moreover, thanks to the materials chosen and their natural ageing, the buildings themselves do not require much maintenance. The Three Houses and a Yard, as the PAPOUSEK & SILHAN ARCHITECTS studio calls the project, respect the local context and clearly demonstrate how a brief can indeed be brilliantly challenged, without sacrificing beauty. 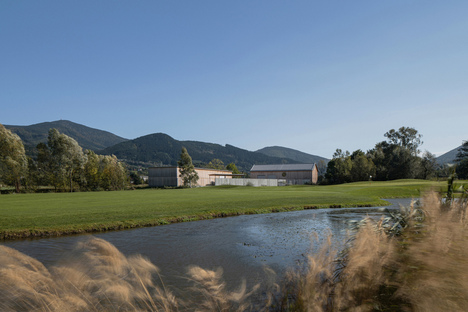 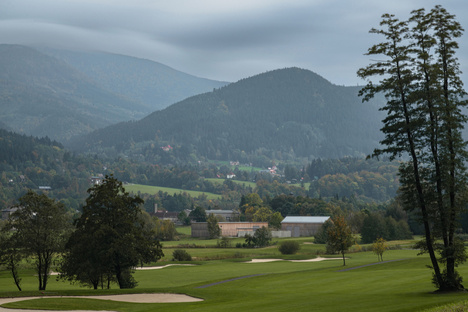 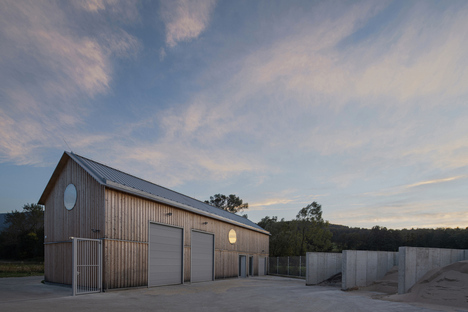 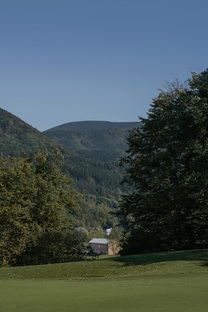 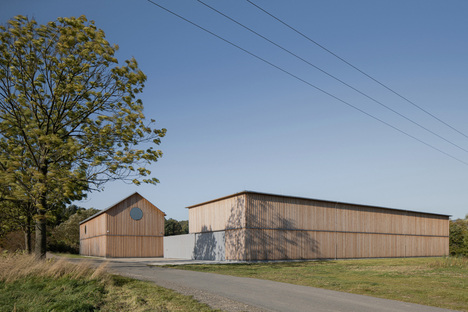 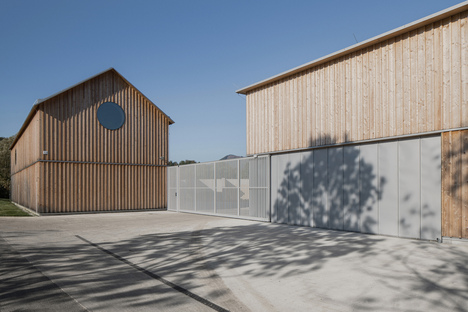 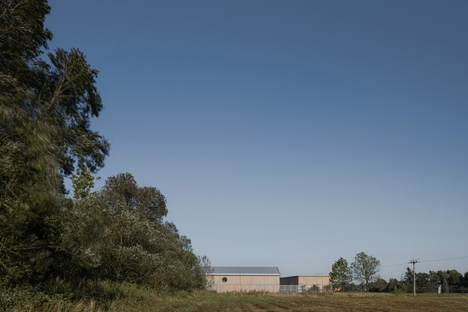 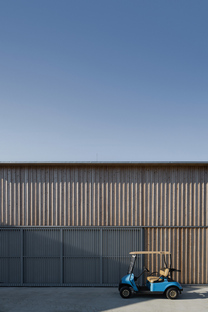 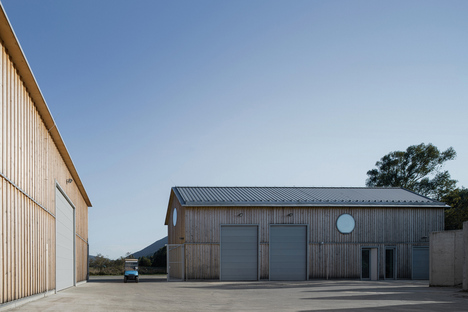 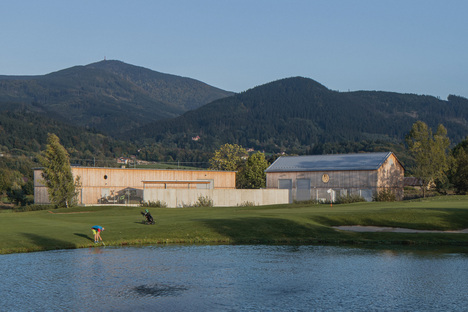 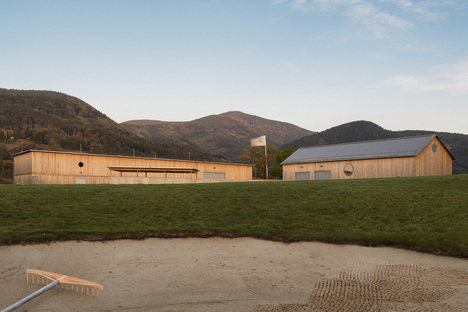 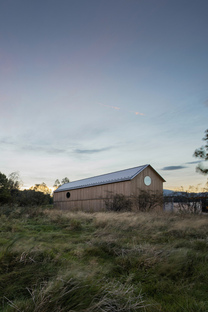 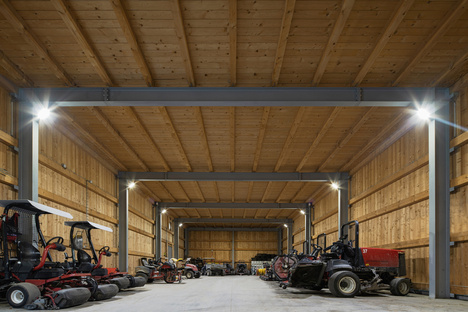 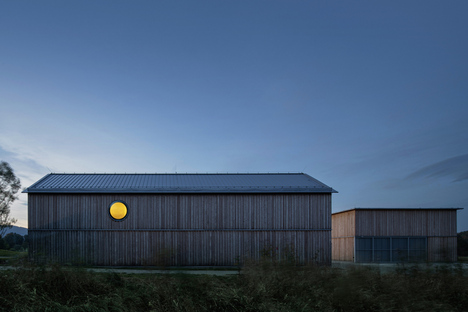