Atelier in an Orchard by XVW architectuur

The architects of Dutch studio XVW architectuur designed the Atelier in an Orchard, a small building combining contemporary form with the Japanese Shou Sugi Ban technique to create a simple, cosy volume that fits perfectly into the orchard where it stands. 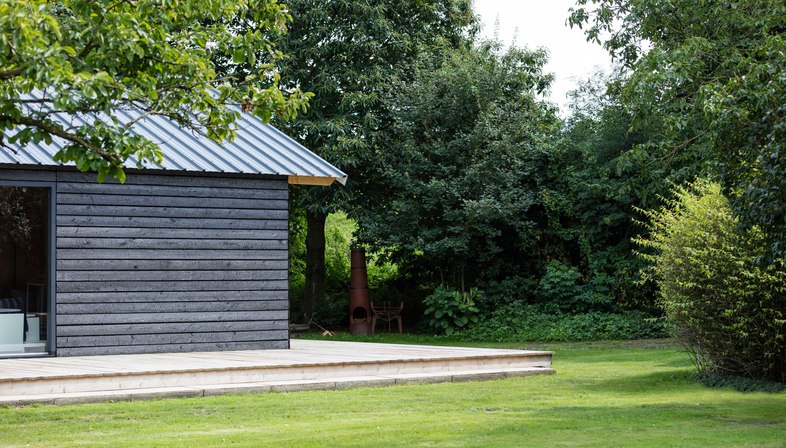 Xander Vermeulen Windsant, founder of the Dutch studio XVW architectuur, known for its Kleiburg restoration project in partnership with NL Architects, winner of the 2017 Mies van der Rohe award, loves the element of craftmanship in his work. In this regard, he claims that this process is developed, “in the first instance, in sketches and maquettes, when we investigate what the core of a project can be. Later on, when we carefully work out a project in the 3D BIM environment in which we work. And finally with the builder at the construction site. The design is only ‘finished’ when the project has been built: then the building has become an architecture.”
This love of craftsmanship in the process of architecture is evident in the Atelier in an Orchard, set among the apple trees of an old orchard. The little building is located behind the Waaldijk, the dam on the Waal River, in Bemmel, a picturesque country town on the eastern side of the Netherlands. According to the architect, “through a number of clear spatial gestures, careful choice of material and simple details, a powerful simplicity has been achieved within a ‘normal’ main form.”
The design of the Atelier in an Orchard is inspired by Shou Sugi Ban, a Japanese construction practice employing charred wood: a process which not only increases the weather-resistance of the wood, in this case Douglas Fir, but contributes unique consistency and depth to the architecture. The choice of this technique, performed by Dutch specialists ZwatHout, not only improves the project’s aesthetic quality but reflects the clients’ private tastes.
On a whole, the little atelier, which could also be described as a pavilion, is a very simple construction with a light, easily assembled frame: it was in fact completed on a modest budget, in only three months. Its semi-rustic qualities are perfect for its setting in an apple orchard. Taken together, the details of the interiors, the bare wooden frame and the plywood panelling on the walls appear clean and sober, but cosy, too, while the big windows frame views over the garden in which the little construction stands. Its presence, thanks to the material it is made of and its charring, contributes to its natural surroundings and becomes an integral part of them. Hence its function as an atelier and reception room for the company operated by the clients, who specialise in garden design and sale of garden furniture.
In conclusion, XVW architectuur’s idea was to focus on authenticity, achieved through a simple but significant design combining the familiarity of traditional rural wooden structures and their low gabled roofs with a contemporary interpretation of the vernacular style of construction. 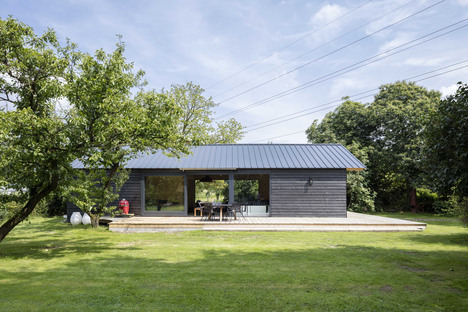 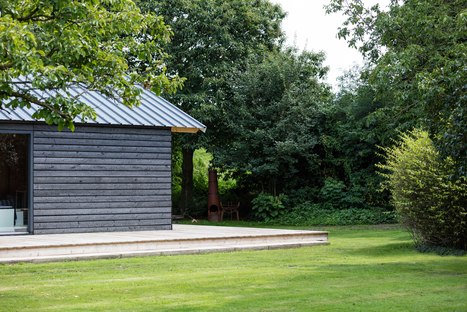 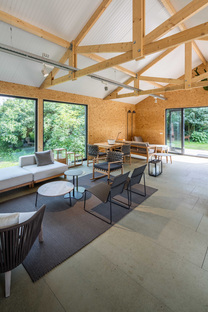 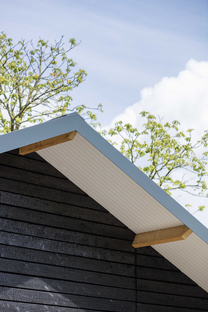 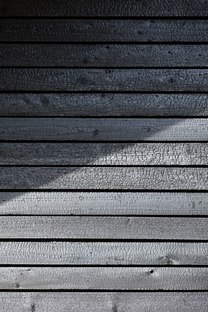 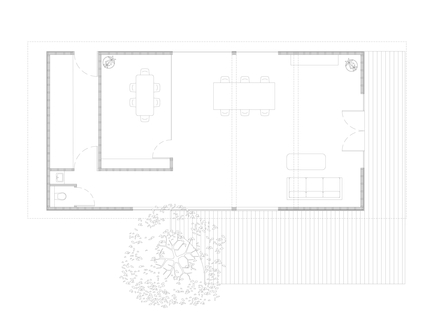 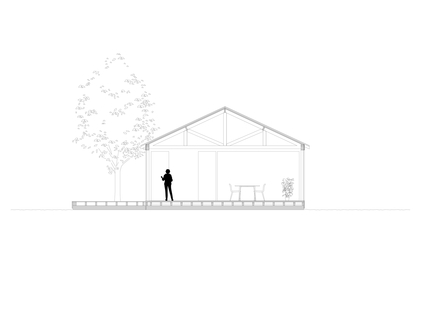 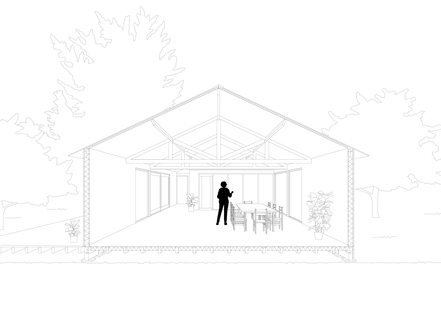