ARTIFICIAL, symbolic self-building in Costa Rica with PICO and A01

As part of the Latin American Social Workshop, 40 architecture students from all over the region worked together under the guidance of the PICO and A01 collectives for a self-construction that makes the most of the neighbourhood square as a flexible and transparent shared space, creating a new public plaza for the community. 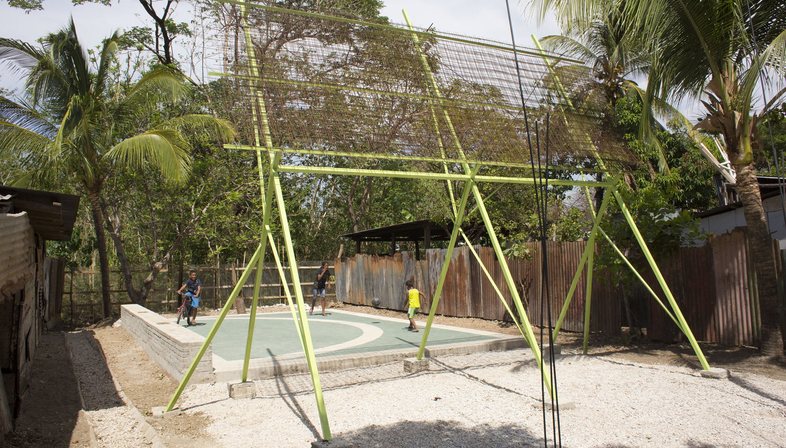 As part of the Latin American Social Workshop, 40 architecture students from all over the region worked together under the guidance of the PICO and A01 collectives for a self-construction that makes the most of the neighbourhood square as a flexible and transparent shared space, creating a new public plaza for the community.


Santa Cruz is a district in Costa Rica and the capital of the canton of the same name in the province of Guanacaste, in the country’s northwest, a few kilometres away from the Pacific Ocean. This rural community is the setting for ARTIFICIAL, the end product of the Latin American Social Workshop under the leadership of two collectives - PICO from Venezuela and A01 from Costa Rica.
40 architecture students from all over the region participated in the workshop that focused on upgrading the Barrio Jeruzalén neighbourhood. This is the site of an open space inside the lot structure of the dwellings in the rural settlement. A kind of spin-off park, not your standard public space at the centre of a community but rather a refuge for the neighbourhood. The location was carefully studied in collaboration with local representatives in order to come up with new strategies so the whole community could use it better.
The first thing the group did was to mark out a new boundary of the space so they could change the neighbourhood relations. The students rearranged the appearance of the square, using typical local materials like rusty corrugated steel sheets, clay and stone, leaving the material used in its raw state. The second step was to craft a metaphor for the tropical forest that is so near and yet so far from the lives of the inhabitants who feel a real need for nature. So an imperceptible barrier controlling the perimeter of the square was crafted, at the same time keeping the relationship with the green. A construction with steel bars echoes the shapes of trees, a kind of “artificial” forest, referencing the name of the project itself. An unfinished installation that stands as a promise for future growth - for both the community and the forest. Indeed, the climbing green foliage that will grow up the framework will act as a natural sunshade towards the west, when the sun is low in the sky and irritating for anyone who wants to enjoy the plaza.
The new management of the space as a meeting place for all generations was also very important. This is why it was decided not to create real, physical separations but rather to craft evocations with some design actions. So we get a small, sketched out sports field, the only land actually sealed during the operation. All the other surfaces are draining and a small ditch collects the rainwater from the rooves of the adjoining homes during the rainy season.
ARTIFICIAL is like a push, a drive, input for a new phase in the development of relations in the Barrio Jeruzalén, an entertaining response that shows lots of different solutions without settling on a single one, but rather suggesting a diversity that is consistent with the people who live here. 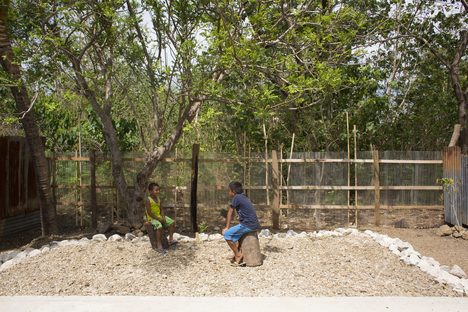 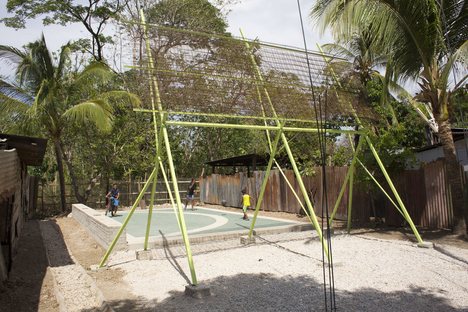 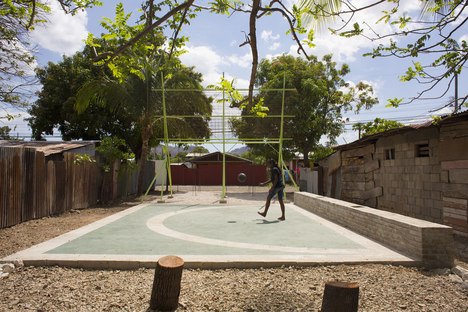 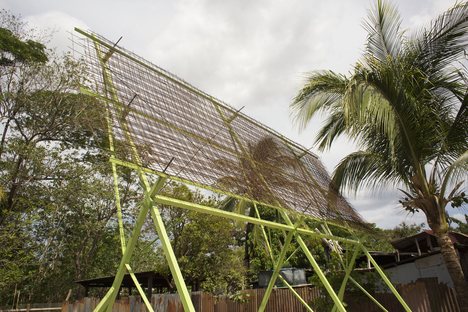 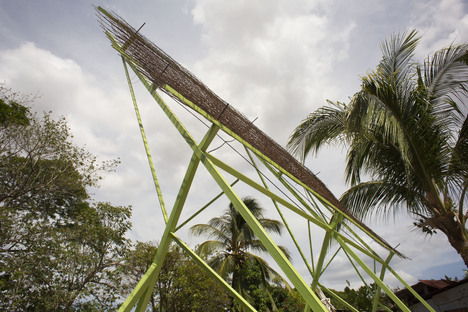 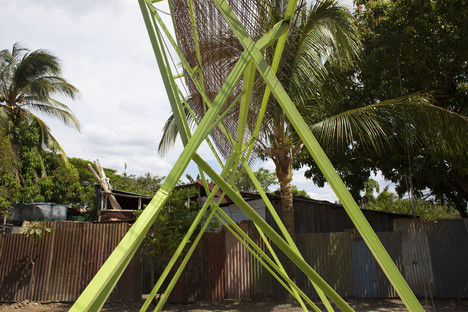 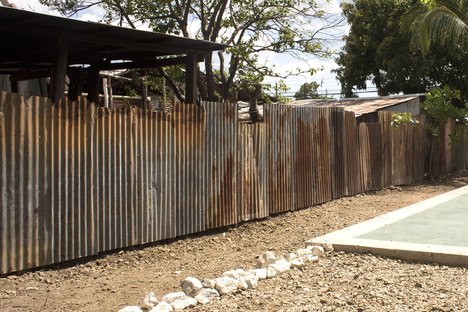 Stodistante, public space for conscious use by Caret Studio